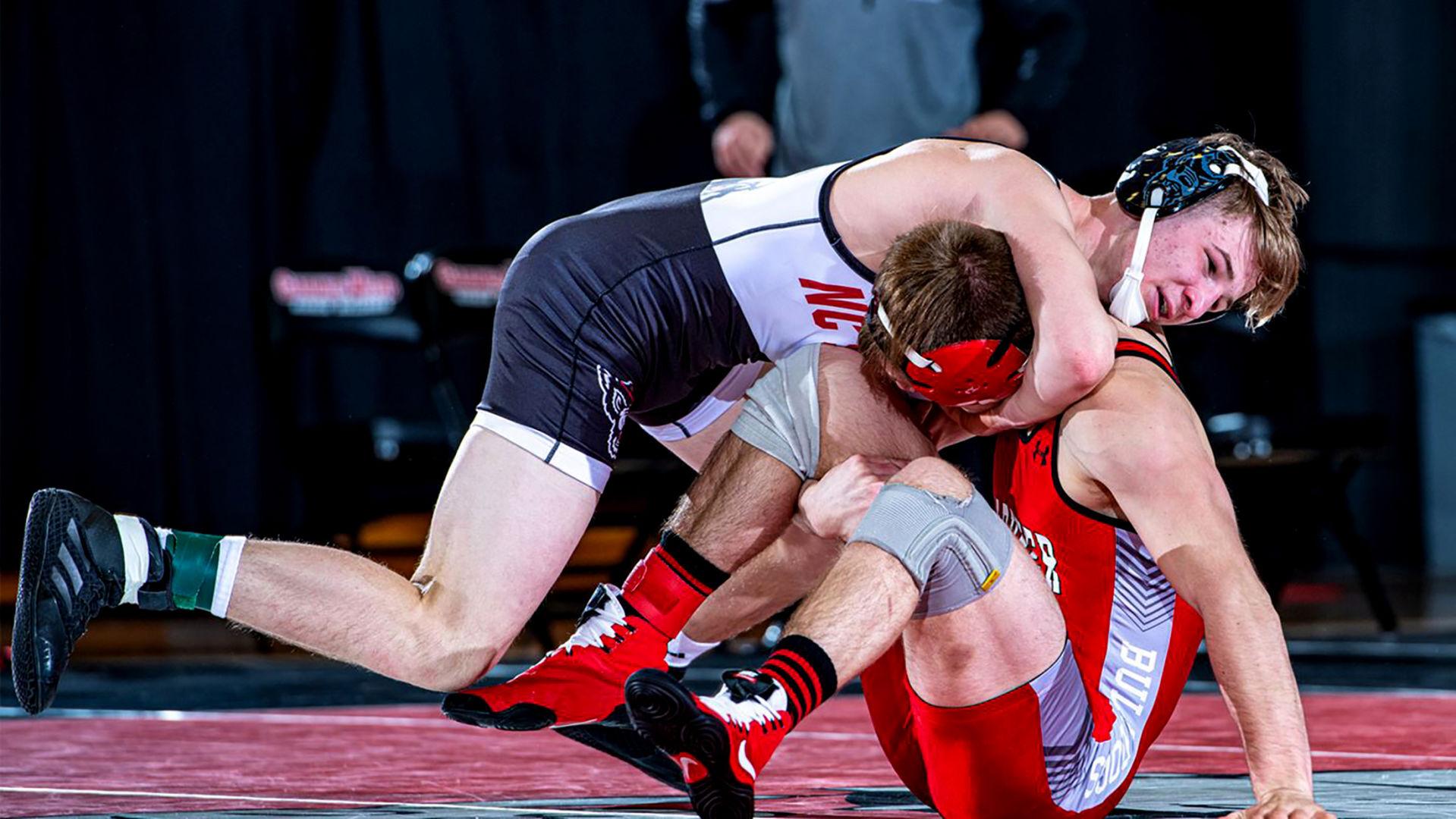 Members of the Brookville Volunteer Fire Company returned to the scene of a house fire the next day for possible rekindles.

The house fire on Western Avenue could be seen from all around the area as the flames extended into the sky on New Year’s Day.

BROOKVILLE — A house fire on New Year’s Day in Brookville has left five people displaced and killed the family’s pets in the blaze.

According to authorities, firefighters remained on scene for several hours to contain the blaze, clearing the scene at 12:38 a.m. on Jan. 2. Members of Brookville Fire Company and Brookville Borough Police were back on scene Saturday morning for possible rekindle.

The family, Nate and Cassie Davis and their three children, were displaced in the fire, and the Red Cross stepped in to help.

The family was reportedly not home at the time of the fire, and were all OK. Cassie Davis said the family’s three dogs and two cats were not able to make it out of the home.

A GoFundMe for the family was also started, and as of Saturday night had raised more than double the goal totaling just over $21,000.

“Well, we hit our mark, I think. $20,000 is mind blowing,” Braeden Long, fundraiser organizer, posted. “Not only did we meet our goal, but we doubled it. The only thing to say is thank you from the bottom of the hearts of my friends and I. We are truly grateful for the support from each and every one of you to help the Davis family get back on their feet. This is only the beginning of a new chapter for the Davis’, but the greatness of this small town and the people in it is what makes this restart possible.”

BROCKWAY – The Brockway Volunteer Fire Department ended 2020 with a brand-new flagpole thanks to the work of a soon-to-be Eagle Scout.

Aaron Gankosky spearheaded the project because he felt the fire department’s sign along Main Street needed a little extra company.

“With the sign right there, I thought it would look nice to have a flagpole,” Gankosky said.

The fire department’s current flagpole is by the fire hall, off Main Street. When celebrating the Old Fashioned Fourth of July, the fire department parks a ladder truck with a flag hanging from it by the sign. For the 2021 celebration, they will be able to raise a flag from their new pole.

“It’ll be nice every day to drive past and see the flag right there on Main Street,” Gankosky said. “The Fourth of July will be really nice.”

April London, with Scouts BSA Troop 40, said that the flagpole is a step up from the one by the fire hall.

“The existing flagpole at the fire hall is hard to change or put at half-staff,” London said. “This new one is easier.”

“It’s pretty cool,” Gankosky said of the new flagpole. “It has a built-in handle to twist and take the flag up and down, and you can take that handle off and lock it up.”

Gankosky started work on the project just before the country shut down for the coronavirus pandemic. That shutdown delayed the project’s completion, and it added new challenges.

“It was a lot harder getting parts,” Gankosky said. “I started this in March, just before the shutdown. It took longer to get everything.”

Gankosky worked with YardWorks and Hugh Water Services to get the project going.

While the pole is in place, the fire department has a few steps to take before a flag can fly there.

“We need a light on it before we put the flag up, so there are a few things that need done,” Fire Department President Terry Fustine said. “We’re really proud of the flagpole.”

Fustine said that the Dec. 31 installation was a late Christmas present, but he was happy to get the pole in before the end of the year.

“They looked at me on Thursday and said, ‘I told you we’d get it done this year!’” Fustine said. “I was happy for Aaron to be able to finish that project.”

Gankosky still has a few steps left before he gets his Eagle rank. However, the project fit into something that is important to him.

“Giving back to the community is important,” he said. “I love doing things to help out my community.”

When the lights are in place and the landscaping is finished, the fire department plans to have an official ceremony bringing the flagpole into service.

A search was launched for Olive, a Border Collie mix who was hit by a car and then ran off the evening of Dec. 28.

DuBOIS — West DuBois Avenue resident Lisa Summerson was refilling her “Little Free Pantry” with her Border Collie, Olive, by her side the evening of Dec. 28 when the unthinkable occurred.

“She always stands right beside me and I reached down to get something out of the bag, and I heard a crash,” Summerson said in her Facebook post. “She stepped out in the road and got hit by a car.”

Summerson said she heard her dog yelp, and turned around to see Olive take off through the yard without signs of stopping, with one of her legs seemingly “hanging there” as if it could be broken.

According to Summerson’s post, it was she, her daughter, her neighbor and his son and the woman who struck Olive who were all initially searching for her, her daughter Grace barefoot and in a bathrobe.

“It was cold, wet and muddy business,” she says in the post, noting she was crying while walking around and yelling for Olive, who she got from an Amish farm in Big Run while working as a caregiver.

“Love thy neighbor? Man, did my neighbors do that,” Summerson said. “They kept at it for nearly three hours.”

That’s when Summerson says she put a post about Olive on Facebook to ask for further help. Very quickly, she received a flood of messages full of prayer, and people in the community willing to help search.

“Everywhere I drove and walked, I ran into someone searching for her,” Summerson said. “Everyone I ran into told me that they kept running into people who were also searching for my little lost lamb.”

Olive was later found at the Beaver Meadow Walkway, a known place Summerson said she would consider “safe,” full of freedom and peace.

Other than some abrasions and being pretty badly frightened, Olive is fine, says Summerson. She gives much of this outcome up to faith, thanking God for Olive’s safety, as well as the kindness and sacrifice shown by the community that night.

“I just think about the overwhelming goodness of humanity,” she said. “I was a stranger to a lot of the people who reposted and messaged me. In these times of social distancing that we are living in, people put that aside for the greater good — all for the love of Olive.”

PUNXSUTAWNEY — The Indiana University of Pennsylvania (IUP) Council of Trustees approved the university to move forward with the acquisition of an additional building in Punxsutawney for the IUP Culinary Arts Master Plan in December, according to a news release from the university.

“We believe there is great potential for continued growth at the Academy of Culinary Arts,” IUP President Dr. Michael Driscoll said. “Expanding enrollment at the Academy of Culinary Arts, including investing in new and state-of-the-art facilities for current and prospective students in this high-demand program, is part of our strategic direction for the university, and aligns with the principles and intent of the IUP NextGen planning.”

Fundraising to complete the initiatives in Academy of Culinary Arts Master Plan is part of IUP’s Imagine Unlimited $5 million comprehensive fundraising campaign, which was at 99 percent of the goal, and expected to reach or exceed the goal by the end of 2020.

Since its founding in 1989, more than 4,200 students have studied in Punxsutawney for the culinary program, which continues to meet and exceed the enrollment goals set each year, according to the release.

Though a timeline for the Academy of Culinary Arts Master Plan project has not been finalized, the project is seeing good progress.

The Fairman Centre was gifted to IUP by the Punxsutawney Regional Development Corporation and the Punxsutawney Chamber of Commerce in November 2006. After a year-long $4.7 million renovation, the building was repurposed with classrooms and teaching kitchens for the Academy of Culinary Arts.

The 16-month program offered at the academy is national recognized and accredited by the American Culinary Federations. After completing a final semester at a paid externship, graduates earn a certificate in culinary arts.