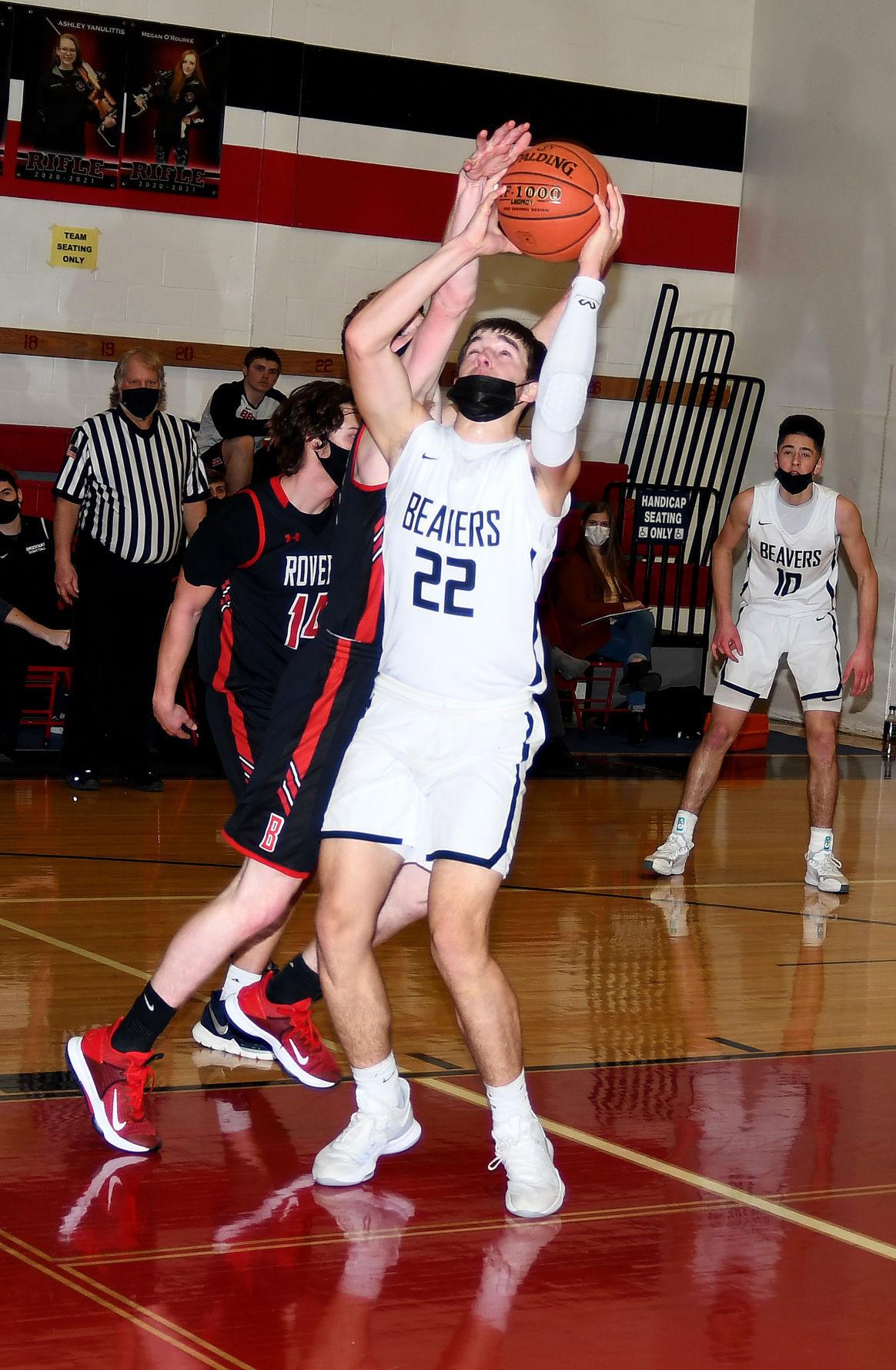 Consolidation talks are currently underway between the City of DuBois and Sandy Township.

Shown is the City of DuBois municipal building.

DuBOIS — The consolidation study for DuBois and Sandy Township is now ready for public review and comment 10 months after the Pennsylvania Economy League (PEL) agreed to study the financial and operational impacts of consolidating the two entities into a single municipality.

A copy of the 200-plus page study has been posted on the township website — www.sandytownship.net — and copies are available at both the city and township offices.

A public presentation on the study is scheduled from 6-8 p.m. Tuesday, March 16 at the DuBois Country Club. Those interested will also be able to view the meeting live stream online or call-in by phone. Details for the latter two options will be available at www.sandytownship.net, www.duboispa.gov and at each municipal building three days prior to the event.

The study examines the potential positive and negative outcomes for the municipalities and their residents, according to the executive summary. This includes tax and utility fee implications, service levels, staffing, facilities, collective bargaining, pension plans, and impact on the federal community development block grant and state road drainage programs, among other items.

A separate consolidation study, funded by the state Department of Community and Economic Development, is being done for the city and township fire departments. Though a written report is not yet available, consultant Nick Sohyda, fire service specialist, will also give a presentation on March 16 in conjunction with the PEL.

The net impact of property tax and utility rate adjustments for a median assessed value residential property in a consolidated municipality would range from a $238 to $462 annual savings for most township residents to a $61 annual savings for DuBois residents, according to the study. The only group projected to experience a net increase is township residents currently billed directly by DuBois for water services, who could see up to a $91 annual increase.

According to the study, an analysis of the 2020 budgets of the city and the township shows that a combined municipality would experience a balanced General Fund budget by establishing a uniform property tax rate of 16.06 mills with no special purpose districts for hydrant and streetlight services and up to 17.6 mills for those with both special districts. This rate assumes the elimination of more than $500,000 in duplicate position costs through a combination of attrition and buyout packages. It also assumes no new positions are created.

Current property tax millage is 23.5 mills in DuBois and 18.25 mills in Sandy Township, the study says.

{div class=”page” title=”Page 8”}{div class=”layoutArea”}{div class=”column”}“Sewer and water utility funds have a considerable impact on the finances of both current municipalities, particularly in DuBois,” the study says.

The immediate potential impact is lower net property tax payments and utility fees for most residents, the study states. Treasure Lake residents in the township receive their water and sewer services from Aqua America and so they would see no difference in their utility rates. However, they would see a reduction in their property tax rates based on the assumptions that were used.

Improved long-term regional financial health is another main benefit of consolidation for all municipal constituents in the city and township, according to the study.

“Both municipalities are exhibiting signs of fiscal challenges,” the study says. “For example, DuBois and Sandy Township each experienced deficits three out of five years from 2015 to 2019. Sandy Township is just one mill away from its general purpose cap on property taxes, which is an indication of distress. Projections show both municipalities will experience deficits in the next five years.”

The study states that current city property owners would most likely see a property tax decrease, a benefit that could be used to help market the new municipality to businesses, residents and developers interested in a more urban environment, particularly when it comes to downtown.

The new municipality would be at an advantage in terms of economic and community development in that it would have different environments (urban, suburban, rural), pricing levels and housing stock variety and age to satisfy different needs and desires of potential residents and businesses, the study says. More clout for grants could also come with a larger municipality.

The study also noted that there would be benefits on savings and services. The report identifies areas where a combined municipality could save money, from the elimination of duplicate positions (estimated $558,127 savings) to potential movement to the township’s lower cost health insurance (estimated $371,000 savings).

“These savings would help to maintain or improve, as oppose to reduce, the current service level,” the study says. “Meanwhile, employees in the new municipality would benefit from larger departments that have increased opportunities for advancement and specialization.”

“Each current municipality will contribute its own unique benefits and resources to the consolidated community that will result in a more cohesive, flexible, marketable and efficient local government entity,” the study says.

The report recommends consolidating under home rule. This would give “the communities the ability to form a government structure that truly reflects community needs and the way a modern municipality functions. The community will be able to decide the size of the governing body, how the municipality runs day to day, the number and type of elected officials and more.”

The major negative effects of consolidation, the study says, would be the loss of the township’s annual Community Development Block Grant appropriation and costs the two municipalities could incur through the consolidation process.

“There is little in the way of dedicated state grant funds to pay for these costs,” the study says. “The most prudent course for the municipalities is to reach out to their state representatives about potential funding and possible ‘hold harmless’ legislation concerning CDBG funding. Impact on municipal employees through reductions in overlap and duplication could be kept to a minimum using attrition and buyouts.”{/div}{/div}{/div}

Gauger, who is from the Clarion area but has a second home on Winslow Hill, was part of the initial group that helped form KECA, coming on board as a volunteer and business consultant 11 years ago, he said.

KECA is a nonprofit organization formed to operate the Elk Country Visitor Center — owned by the Department of Conservation and Natural Resources (DCNR)— that does habitat work for the Pennsylvania elk herd and promote conservation education and permanent land protection.

As the center opened in 2010, Gauger’s role as a business consultant dwindled, and he has volunteered there ever since. He was then nominated to sit on the board of directors.

In the fall during rut season, the busiest time to be in Benezette, Gauger has spent a lot of time walking trails and talking with guests, he says, meeting people from just about every state. Benezette has had visitors from around 40 countries.

Stepping into the newly-formed director position in July, Gauger said his job is to raise funds for KECA.

“I’ve always had a passion for a place in this organization — I really wanted the job,” he said.

Historically, Gauger said KECA has depended on fundraising banquets, donors, wagon rides, gift shop proceeds and other means to raise funds. COVID-19 sped up the process of bringing in the director job to find new sources of revenue, having to cancel five fundraising banquets and the Elk Expo.

“This job is a blessing to me,” said Gauger. “I belong here.”

Consolidation talks are currently underway between the City of DuBois and Sandy Township.

DuBOIS — After exploring multiple aspects of a proposed consolidation between the City of DuBois and Sandy Township in depth, the Pennsylvania Economy League (PEL) recommends that the two municipalities should move forward with the process to ensure regional local government sustainability.

That process, according to the consolidation study, would include:

Additional summary of key recommendations in the report include:

Involve citizens in the process

DuBOIS — Penn Highlands Healthcare, in partnership with The Courier Express, is providing weekly updates to community members on its vaccination process. The updates include how many doses of vaccine the healthcare system has administered, who is currently eligible to be vaccinated and how Penn Highlands is scheduling vaccinations.

This week’s update from Penn Highlands:

A brisket deluxe sandwich and smoked chicken dinner are pictured at Applewood BBQ and Grill in Penfield.

Editor’s note: This is a new commentary feature by Ben Destefan, Courier Express editor, titled “Ben’s Bites” that is intended to support local restaurants while giving the new resident and his wife recommendations of places to eat. Readers can submit suggestions to: bites@thecourierexpress.com

This week’s edition of “Ben’s Bites” takes us to Penfield for healthy portions of “belly busting” barbecue.

Located on Bennetts Valley Highway, Applewood BBQ and Grill is a hidden gem only open on weekends right up the road from DuBois.

It’s simple, tasty and extremely affordable – all things you would want from a barbecue experience.

Here’s a recap of our recent visit:

Making sure not to drive past, Applewood blends in with its surroundings off Route 255, sitting both subtle and inviting.

Once inside, the restaurant has a feel of home, leaning toward rustic and country. Again, nothing too fancy, which fits the occasion.

The menu offers several different directions, obviously built on barbecue and smoke but roaming into salads, pizza and fish.

With this being our first time, we stuck with the basics – chicken and brisket.

Lindsey ordered the brisket deluxe listed under “belly buster sandwiches” while I went with the chicken under “smokin’ dinners.”

Routinely, I start with my dish in these features, but the size of Lindsey’s sandwich stole the show. Upon arrival, we actually laughed about the amount of brisket heaped in the middle, causing her to quickly reach for a knife and fork since picking it up to eat was pretty much out of the question.

Of course I stole a few bites, making sure to include the smoked bacon cheddar cheese and horsey sauce for full exposure. The tenderness of the meat blended nicely with the tangy touch of the sauce, all brought together with the blanket of cheese.

Shifting attention to my full plate, the chicken nearly jumped off the leg bone, providing a mouthful of juicy, deep flavor. The same could be said for the thighs, which had what I described as a hint of hidden honey.

A baked potato and macaroni salad gave a nice break from the meat, culminating in a quality meal the whole way around.

About half of the brisket from Lindsey’s sandwich also made for a solid lunch the following day.

A small price for huge portions fueled the desire to return, with the loaded potato next on the checklist.

For your favorite restaurant, which may have been impacted by the COVID-19 pandemic, to be considered for “Ben’s Bites,” please email recommendations to: bites@thecourierexpress.com. Local, family-owned restaurants that receive the most reader recommendations will be given priority. Please include the name of the restaurant and a favorite menu option. “Ben’s Bites” will run weekly or every two weeks.