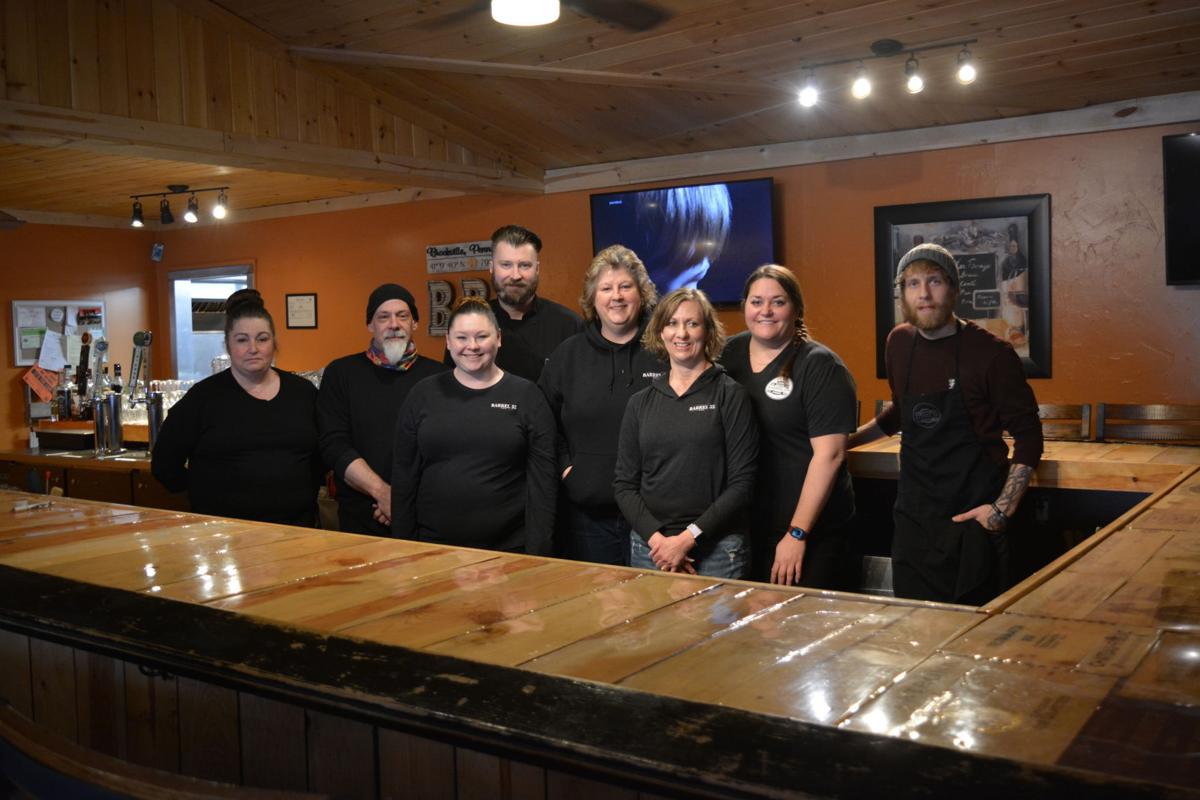 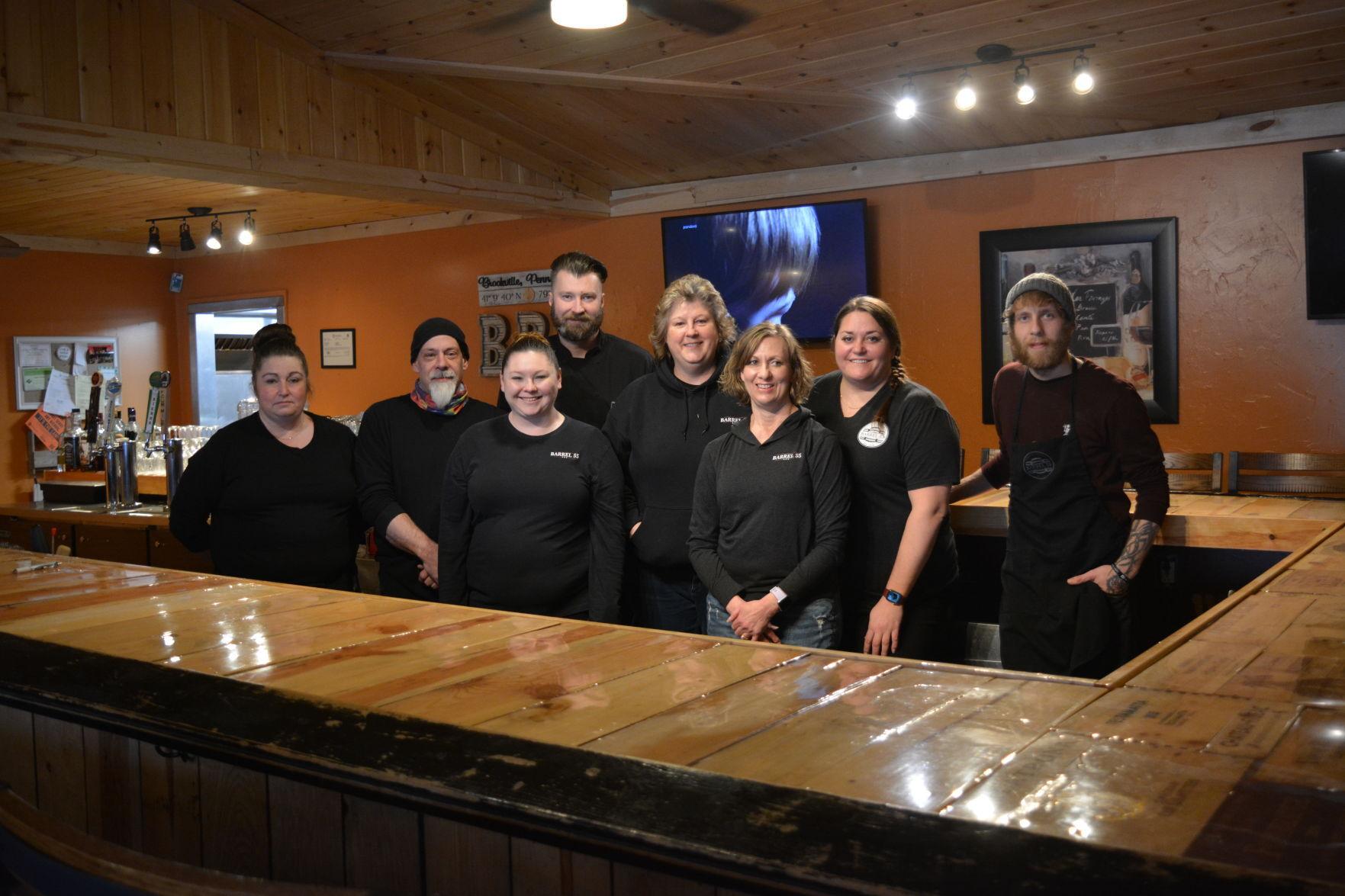 BROOKVILLE — Barrel 55 bbr made waves in this year’s Reader’s Choice Awards for the Jeffersonian Democrat, winning five categories in the food industry section, and winning for the best bakery for the fifth year in a row.

Owners Brenda Stelika and Jackie Torkeo made a point of praising their whole staff for being a major part of why the restaurant won so many categories.

“We focus on good food, and we made the right decisions on getting the right culinary team, adding the bakers, getting a great bartender, great staff, so we spent the time and money to go and get what we needed as we were growing, and it’s nice to see that,” Stelika said.

The BakeryThe restaurant has won the bakery category across two different names, starting out as Loafin’ Bakery on Main Street, then moving to be part of the bigger restaurant at Barrel 55 bbr in 2020. Torkeo runs the bakery while Stelika runs the restaurant portion of the establishment.

“I just didn’t think it was that long or like that consecutively, it’s rewarding. This is why we do it,” Torkeo said.

She said when the business was making the move from the Main Street location to the full bbr location on West Main Street, they were worried customers might not find them.

Since moving to the larger location and hiring more bakers, the scope of the bakery has expanded. She also said it’s been interesting to see what people buy evolve as the restaurant has changed.

Torkeo said she finds winning the best cake decorator kind of funny because she doesn’t think they send a lot of cakes from the bakery.

“I do okay, but I’m my own worst critic. I always think someone else can do it better. It’s very kind, I think, of people to say. I know they always taste good, that’s the one thing,” Torkeo said.

Stelika said that Torkeo had made a few wedding cakes for people. Torkeo said she doesn’t do larger than a two or three tier cake, and that the bakery has done cupcake towers for people as well.

The BarThere are a total of 12 staff members, not counting Stelika and Torkeo at the restaurant. She said they don’t have 10 servers working so their staff can make a living, so they work hard.

“Winning Best Staff was one of my favorite awards. I feel good about that, because they are hard working,” Stelika said.

“I agree, our staff is extremely hard working. We ask them to be, we ask a lot of them some days and they rise to the challenge,” Torkeo said. “We just want everybody’s experience to be excellent, we want people to leave and be happy and not have anything to say that their experience wasn’t exactly what they wanted. Without the staff we wouldn’t be here.”

Stelika believes that if you take care of your staff, then your staff takes care of you. Torkeo joked that it’s a long walk for the servers to get to the deck, and that’s one of the reasons they appreciate the servers so much.

Shannon Otte won the Favorite Bartender, and Torkeo said she believes this is because she has a great attitude, is fun, and is knowledgeable about mixing drinks well.

“People think bartenders just pour a shot and beer, but a really good bartender, which is what she is, teaches you about differences in whiskeys and bourbons,” Stelika said. “We learn from her, it’s not just here’s a bottle, I’ll pour it.”

Stelika also said Otte comes up with fun themed drinks for the bar. She has found it interesting to learn things from her, and said it makes it fun because it is more than just pouring a drink.

The RestaurantStelika and Torkeo agree the restaurant is also successful because they want the customer experience to be the top priority. Stelika said they don’t want to offer low-end products to make a profit, they would rather have higher quality ingredients and give the customers a good experience tasting their food.

“We want to feed people like we like to eat. So there’s nothing on the menu that we don’t eat,” Torkeo said.

When the restaurant first opened Stelika was the one planning the menu and in charge of the kitchen. Last November, they hired an executive chef, Shawn Russell, to handle more of the kitchen because Stelika also works a full-time job.

Since filling out a good kitchen staff, the restaurant has opened up for more hours and tried more new menu items. A lot of the menu is still what Stelika started with, but it does have the additions and touch of Russell as well.

“We’ve evolved, and we will continue to. You’ve got to change it up a little,” Torkeo said. Shawn and her work really nicely together, and he’s come up with some great stuff.”

Since adding the deck, Stelika said it’s been great to see people enjoy the space and see their vision come to life in the restaurant.

“The customers are very kind, very supportive, even when we had to do take-out only. We stayed busy and they were very generous to the servers,” Torkeo said.

Stelika said she likes the number five and wouldn’t mind winning this many categories when Reader’s Choice comes around next year as well.

We are looking for experienced direct care worker. 40 hours

BROOKVILLE - Self storage. Any size. Prices start at $25/mo.