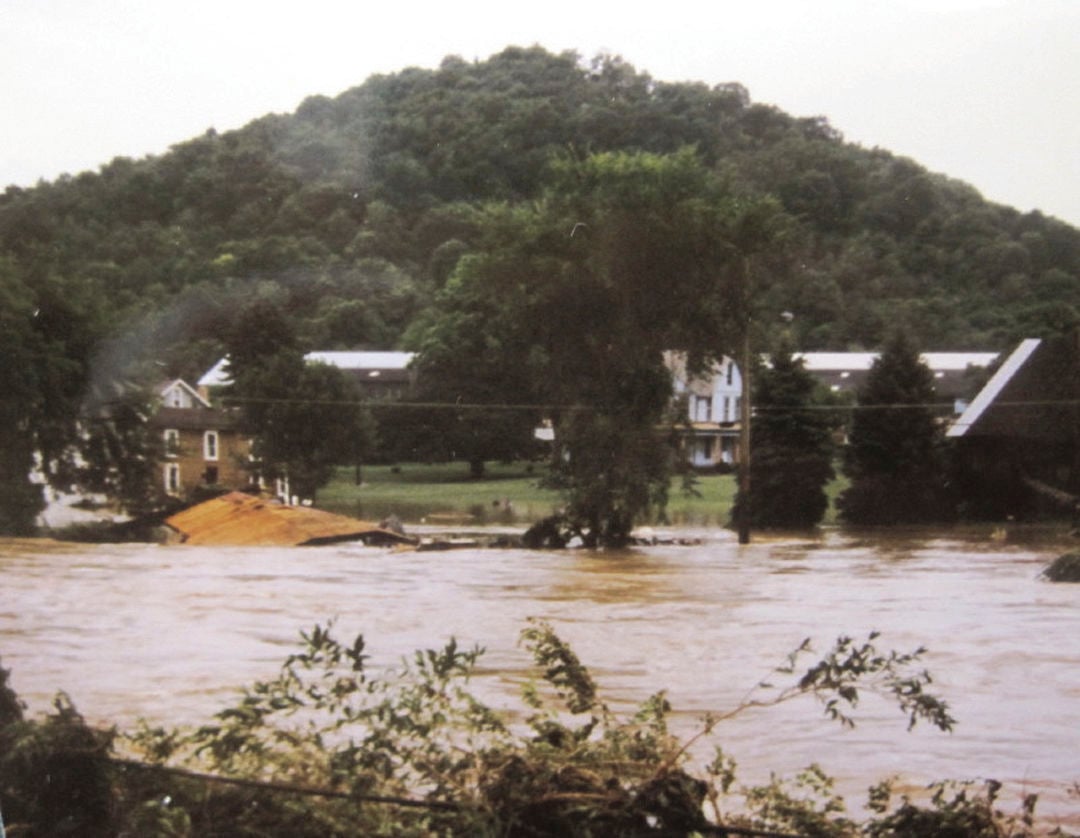 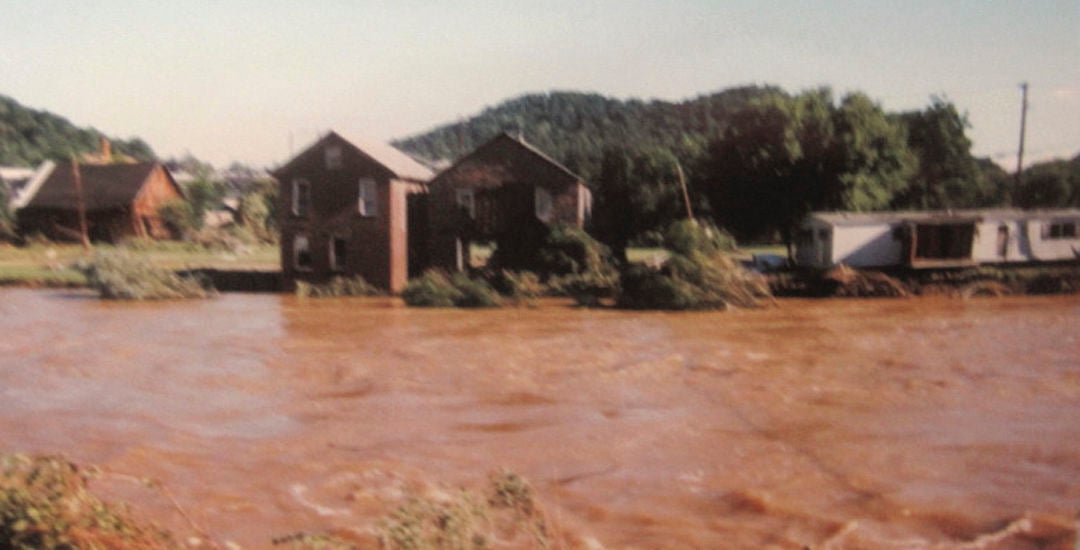 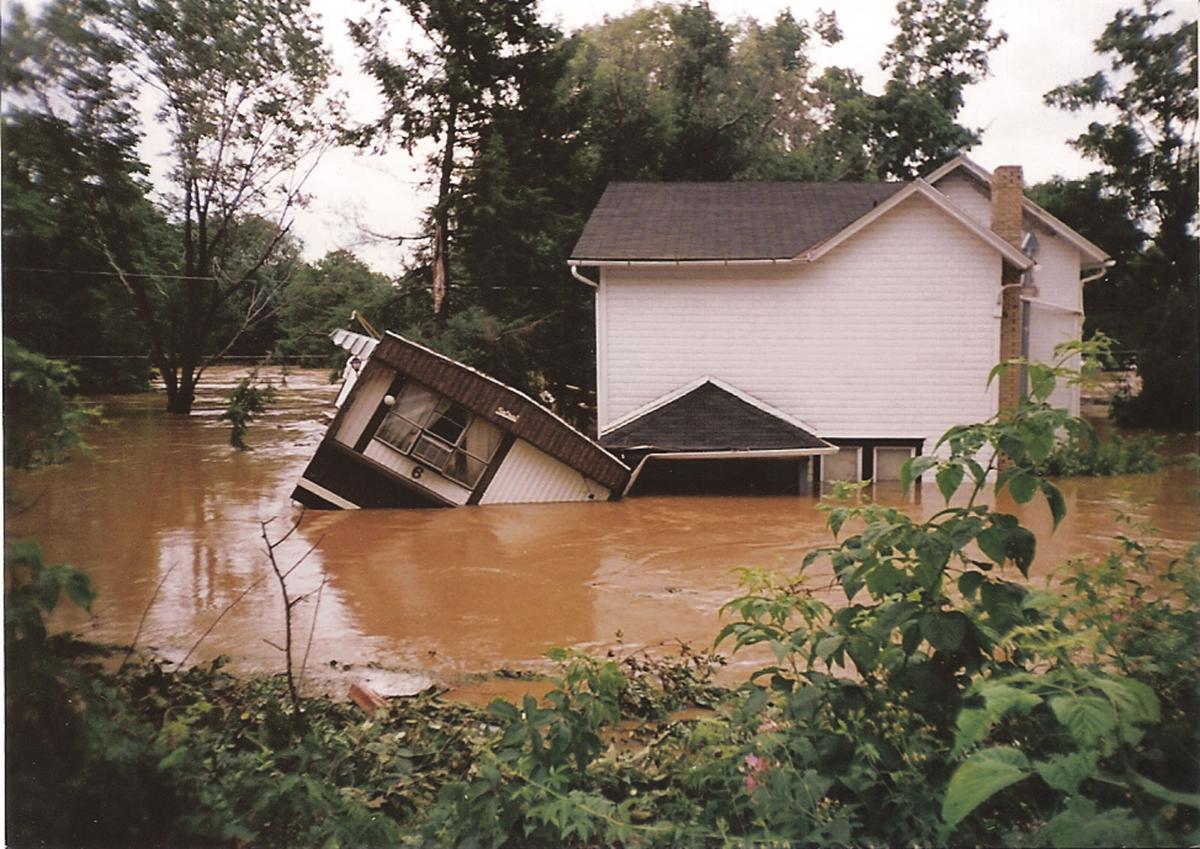 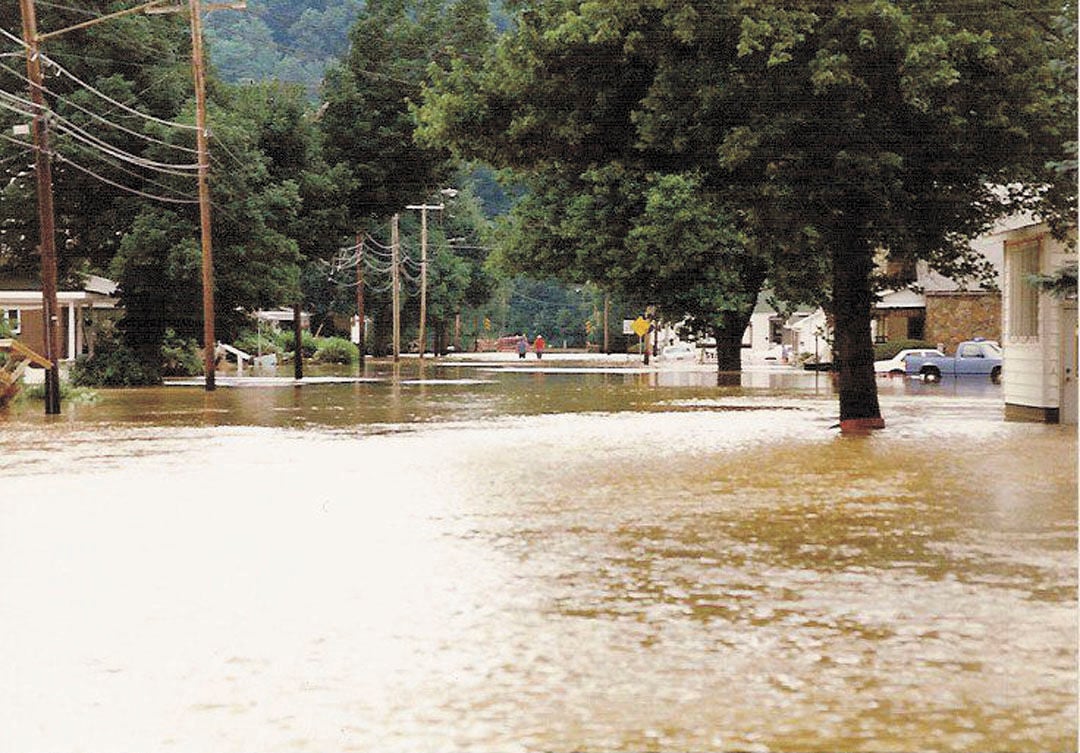 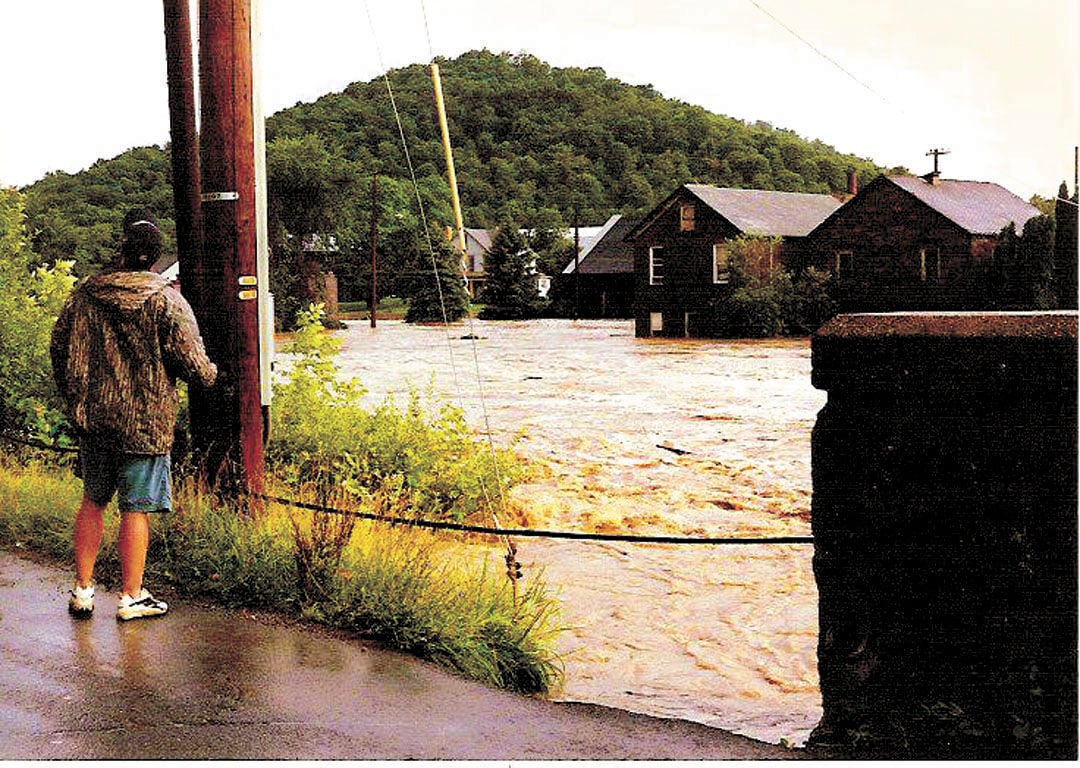 As the mayor of Summerville, Gatehouse said he received a call from the county at 5 a.m. telling him he should check the town because the water was coming up.

He recalled there were 32 houses lost from the flood, and about 25 garages and vehicles lost. Several people, including Gatehouse and his family had to be rescued by boat during the height of the flood. He said many people decided to move out of the town rather than rebuild after their houses were lost, lowering the population significantly.

Gatehouse lived about 25 feet from the river, and said he had a basement full of water.

The street that suffered the most damage was Water Street, and Gatehouse said there are only a handful of houses left on this street.

While the water only reached knee height at Gatehouse’s house, he and his wife went to his sister-in-law’s house where it was getting deeper. When they got there, she was moving furniture up from her basement to the first floor. By the time they got to the first floor, they needed to start moving things to the second floor because of the increasing water.

He recalled the boat being launched from the shallow water by his house to get them from his sister-in-law’s house.

“We were surrounded by 12 feet of water and a boat was launched from my house and brought us up to our house, and I had just enough time to get my car out of the garage and to the brick plant across the street,” Gatehouse said.

He also recalled the piano in his house that was ruined.

“It took seven guys to get that piano in the basement for our daughter to learn to play, and it only took two of us to take it out because we had to smash it up,” Gatehouse said.

While Gatehouse was helping family in town, his out of town relatives had tried to make it to them as well. He recalled that his mother-in-law and uncle-in-law drove from Mt. Pleasant, but only made it to the bridge before realizing they could not get across.

Instead they drove out to the Heathville Road and crossed that bridge, only to see there was nothing they could do to help. When they went to go home, the Heathville Bridge had also washed out while they were in town. They were only able to get back across the Summerville Bridge at 5 p.m. that day.

He said it was a few weeks before the town was completely cleaned up with the help of FEMA (Federal Emergency Management Agency). He and his family were kept busy cleaning up their own messes for the next couple of weeks, so he didn’t get around to assess the damage to the town as a whole right away.

“When the code enforcement officer and I went around the houses that were affected, and determined they were damaged to the point they were moved off of their foundations, and those were ones that had to be demolished,” Gatehouse said. “It’s best to leave some of those things in memory.”

His family has strong ties to the area, as his wife’s family is a Carrier. Her grandfather built their house, and her great-grandfather built the house beside that one. Gatehouse’s mother-in-law grew up in the house he lives in now, and had lived in the Harper House, which his son now lives in.

Their daughter also lives in the house where his mother-in-law and father-in-law were married.

He recalled salvaging a sign from the Carrier Building that had to be torn down. Gatehouse also said there is a rock circle known as Joseph’s Pit that is made from the foundation of the apartment building that used to stand at the site.

He also added a plaque to the wall of their house that reads, “On this date in July 18, 1996, absolutely nothing happened.”