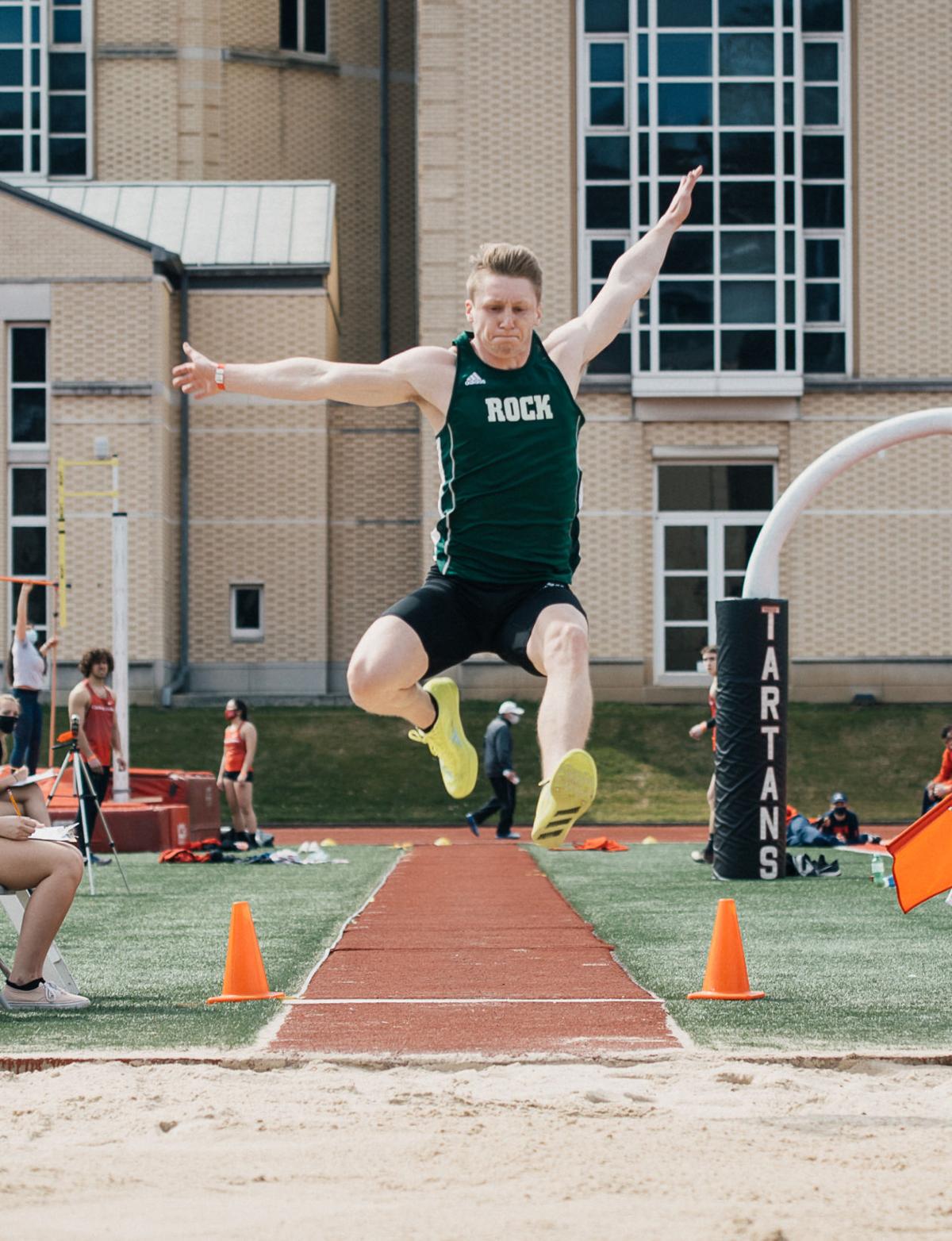 Slippery Rock's Bryan Dworek has gone over 23 feet twice so far this year in the long jump. 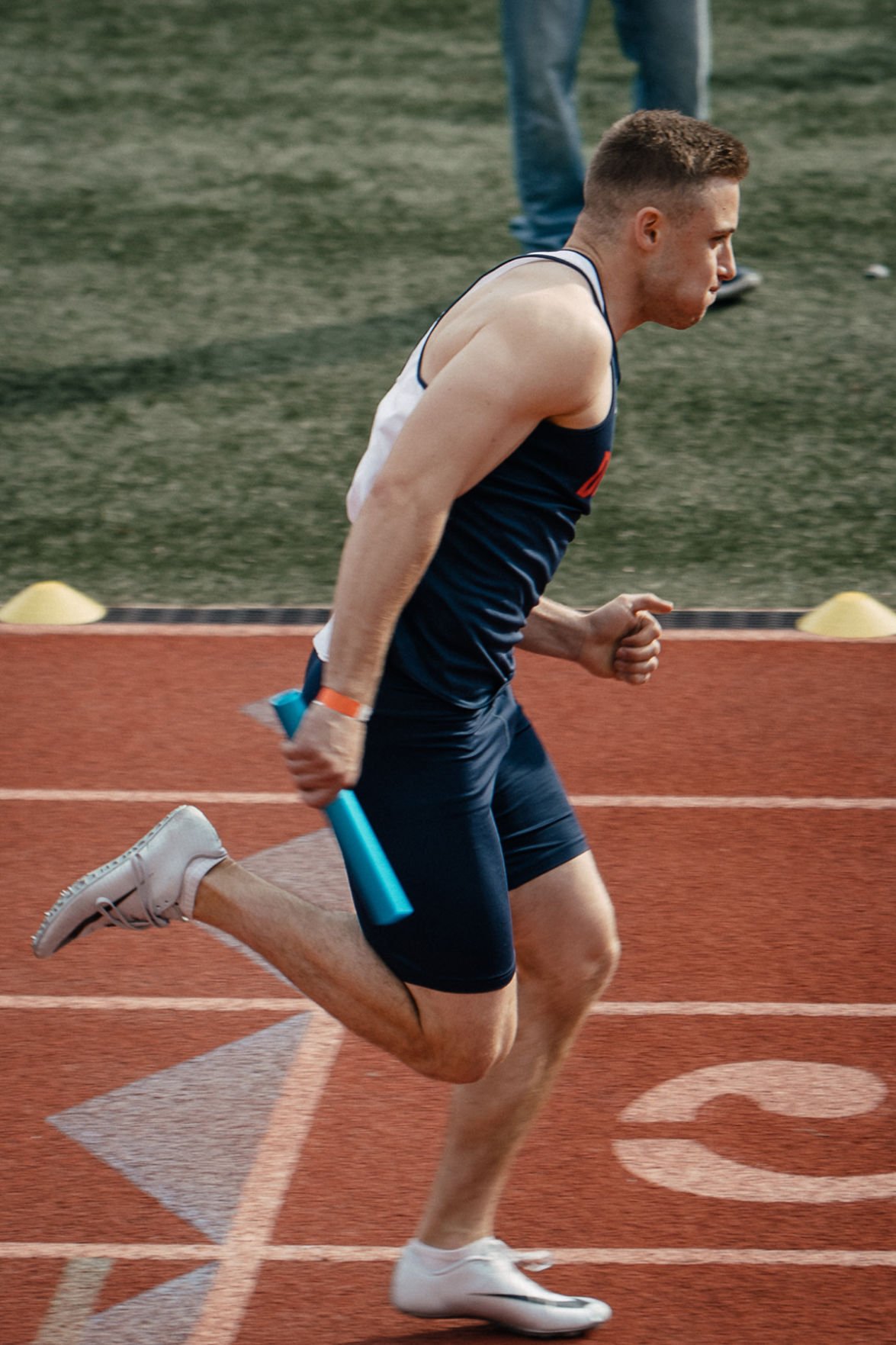 Duquensne's Ian Thrush runs a leg of the 4x400-meter relay during the March 27 meet at Carnegie Mellon. 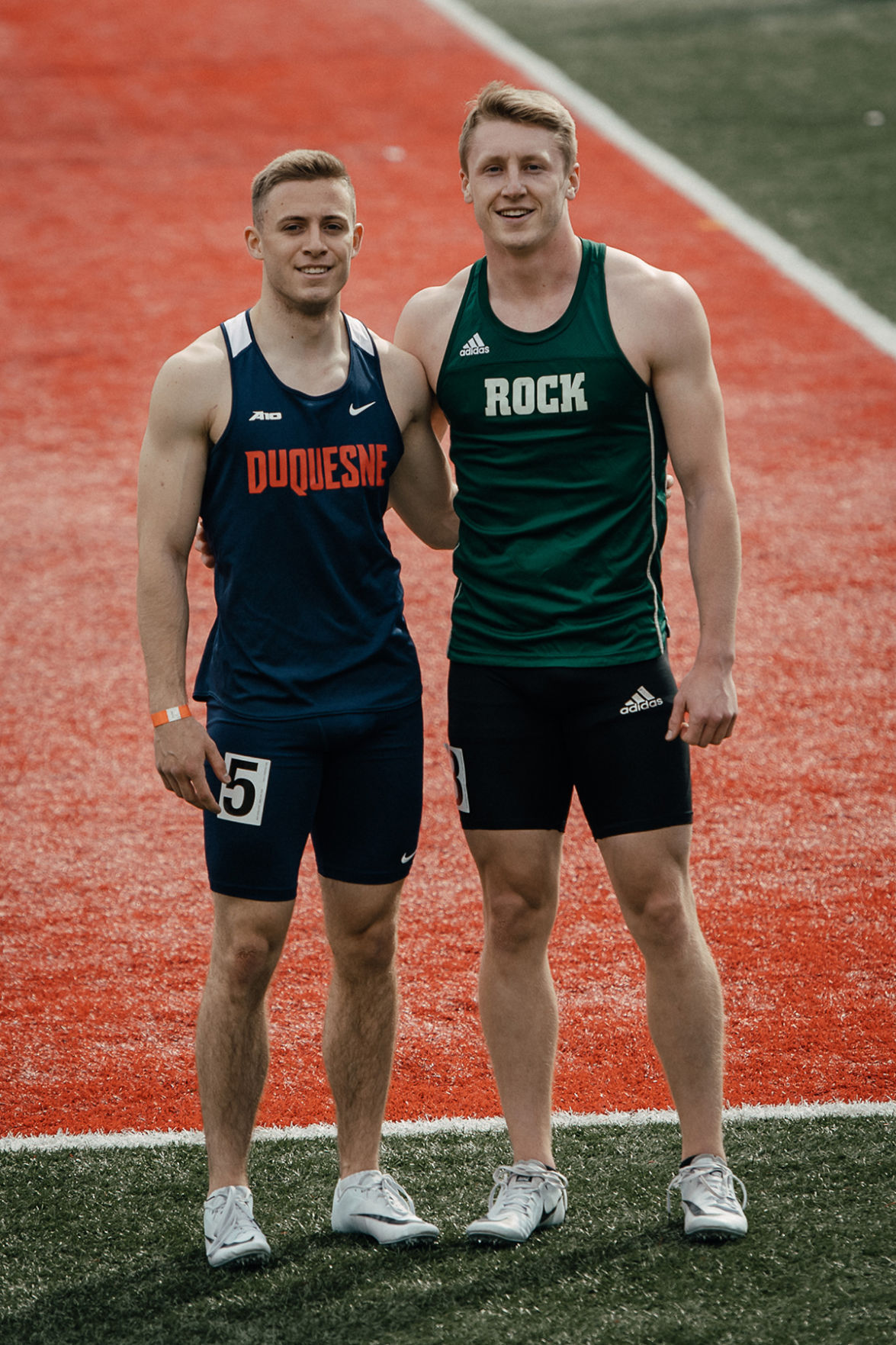 Duquense’s Ian Thrush and Slippery Rock’s Bryan Dworek pose before a dual meet at Carnegie Mellon University back on March 27.

Slippery Rock's Bryan Dworek has gone over 23 feet twice so far this year in the long jump.

Duquensne's Ian Thrush runs a leg of the 4x400-meter relay during the March 27 meet at Carnegie Mellon.

Duquense’s Ian Thrush and Slippery Rock’s Bryan Dworek pose before a dual meet at Carnegie Mellon University back on March 27.

One of his adversaries? Rock sophomore Bryan Dworek.

“I never would’ve thought my freshman and sophomore year would start like this,” Dworek said Sunday night. “I guess technically we are both freshman for the upcoming season, but it was awesome rooting for Ian and competing against him. We’ve been pushing each other ever since our early high school years so it was fun running with him again.”

“I was definitely a little weird knowing we were competing against each other, but once we got to the meet it was like the same old relationship we had in high school” Thrush confirmed. “We were able to talk to each other quite a bit and hope for the best and that we both do well in our events throughout the day.

“To me, it helps both of us grow to keep competing and pushing each other like we did in high school. I’m glad we got that opportunity this year.”

Dworek had an indoor season last year before the COVID-19 pandemic shut down sports for the spring. At the PSAC Indoor Championships last year, Dworek finished sixth in the 200, sixth in the 4x400 relay and fifth in the long jump.

“I had a successful indoor season, which led me to believe I would have a good outdoor season, but with the delay going into this year (no indoor season), it was hard to tell where I was going to be, but I’m excited for the future.”

It’s the start that Dworek had hoped for, with some offseason work that wasn’t always easy considering the layoff.

“I hit the weight room hard over winter break and I feel a lot stronger, focusing more on little details for the long jump and it’s slowly starting to come together,” Dworek said. “But it was hard to get motivated earlier during such a dull time, but you just had to look into the future and just not cheat yourself out of pursuing a sport in college.

“I wrote down goals and plans I wanted to have for my future and made it into a checklist just to keep my mind and body eager and excited.”

The outlook for the 2020 high school season was exciting for Thrush, who was already Brookville’s most decorated track and field athlete. He won eight D9 titles, eight state medals and his last outdoor high school race technically was in a 14th-place finish in the 4x100 relay with Dworek, Jack Krug and Cabe Park in the summer of 2019 at the New Balance Outdoor Championships. At the PIAA Championships that foursome finished second.

Thrush decided on Duquesne late last March, before the season was officially shut down. The layoff finally ended.

“I has been more challenging that I originally thought,” Thrush said. “Missing my senior year was hard enough, but I think I did a good job at handling it because of having coach (Dan) Murdock to talk to. I was able to understand the reasoning and there wasn’t much we could do about it, so I think I bounced back from that pretty well and started to focus on college to train toward that.

“However, the last few months i think it was harder. I went from competing March 1 2020 at Indoor states to not competing until (CMU meet) and within that it was mentally challenging. We didn’t do any intrasquad races, so it was training for me over a year. I was starting to get drained from that.”

Thrush followed up on his matchup with Dworek at CMU with a trip to the Mountaineer Classic hosted by West Virginia University last Friday. He lowered his 200 time to a runner-up finish of 22.17 and ran a leg on the second-place 4x100 relay that finished in 42.6.

“I’m feeling all right,” Thrush said. “The first meet wasn’t what I wanted, but without competing for a year and the transition from high school to college meets was weird, so I tried to not beat myself up too much because I know I can do better than what I did.

“The second meet was cold and windy, so to be able to drop time in the 200, I was happy with that and still have room for improvement.”

Both Dworek and Thrush still have COVID-19 mitigation expectations. Dworek gets tested with the rest of his team every Monday morning and he attends one class in person and the rest are on-line instruction.

Thrush was quarantined once last semester and this semester he and the rest of the team started with a test every other week. Now with the season started, athletes are tested before every meet. His class schedule is all on-line at his election so he can manage things better, although it is a mixed in-person and on-line setup in general.

— Dworek isn’t the only District 9 athlete or Brookville track and field for that matter on the Slippery Rock roster.

The men’s team has Bradford’s John Eakin, a former Class 3A shot put champion, win the shot put while Otto-Eldred’s Dylan Close was second in the javelin.