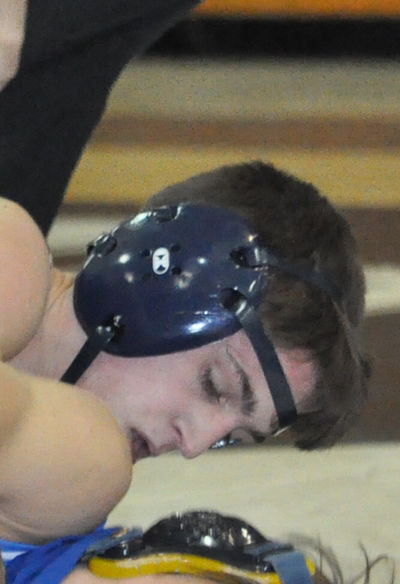 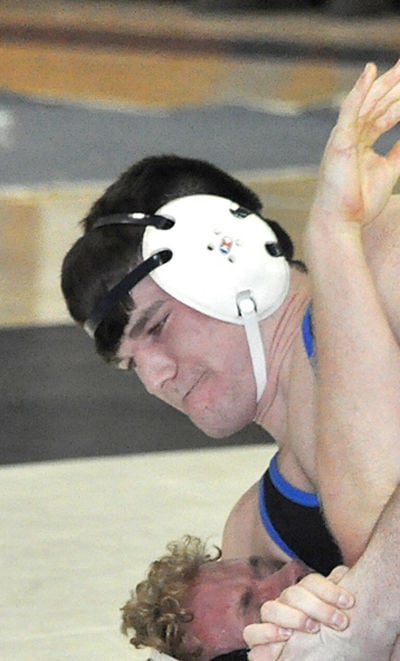 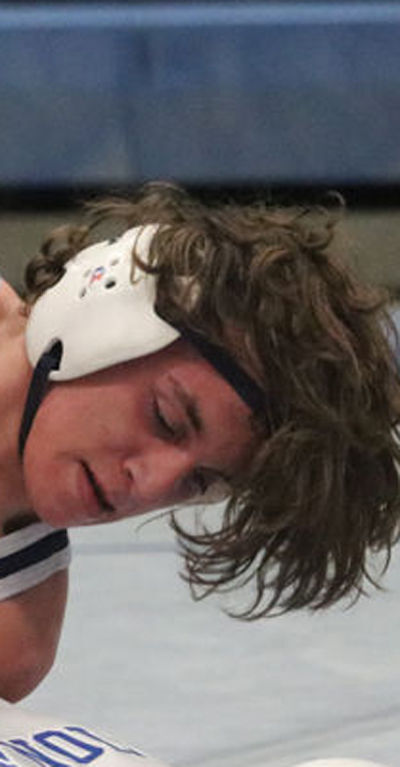 Those are the brand-new postseason setup numbers in this COVID-19 era for District 9 Class 2A wrestlers. Finish in the top three at districts this Saturday at Clearfield Area High School and punch a ticket to regionals in Sharon on Feb. 27. Finish in the top four at regionals in Sharon and earn a trip to the new “Super” West Regional at Indiana University of Pa. on March 6.

Then if one finishes in the top four at IUP, it’s off to Hershey for an eight-man bracket, one-day event on March 12.

Saturday’s schedule starts with preliminary round action at 10:30 a.m. All rounds will follow on three mats fairly shortly after preliminary rounds are completed with time taken to clean mats. No fans will be in attendance and televised streaming coverage will be provided by Mega Rock’s facebook live page.

So that’s what’s ahead for the Brookville Raiders and head coach Dave Klepfer who are seeking their ninth team title in 10 years. They have three top seeds in senior Cayden Walter at 106 pounds, Owen Reinsel at 120 and Nathan Taylor at heavyweight. Those three are all returning state medalists, so it’s the first step in what could be four challenging weekends.

Those are indicators that the Raiders are in the hunt for a team title, but it won’t be easy with Johnsonburg featuring five top seeds or Port Allegany with a balanced lineup with seven wrestlers with top-four seedings and even Redbank Valley with six top fours as well.

The team finish does mean something considering that this year’s District 9 Dual Meet Tournament will take the top four finishers to a four-team final on March 20 at a site to be announced to determined who moves forward into the state tournament.

The individual records show that some teams have barely had much mat time for a postseason run. Sheffield and Brookville have the most bouts wrestled across the lineup, so while it’s been a much quieter schedule for obvious reasons, the practice time and the competition the Raiders did get has them ready to go.

“We’re still approaching things the same way,” Klepfer said. “I told the kids about the seeds, to throw them out. Especially this year, they mean nothing. But every year, we can guarantee we can get the best kids on the opposite side of the bracket. That’s what we should have and we did it again this year.”

The Raiders annually wrestle a tougher schedule than their D9 Class 2A rivals and it’s even the case this year, with extra Klepfer practice in the room as well.

“I’ve been preaching to the kids that they have two, three or four times more matches than some of these guys and I know they’re in better shape, so we’re telling them to trust their training and I’m hoping more than this year more than ever, it pays off because it should be an interesting team race.”

Here’s a look at the weight-by-weight breakdown for the Raiders, with seed listed in parenthesis, grade and season record:

Walter is the top seed in the five-man bracket with three freshmen and one sophomore. As a senior and a returning state medalist (sixth) at the same weight, Walter is about as favored as anyone at any weight. He’ll face either Curwensville sophomore Damian Brady or Redbank Valley freshman Dan Evans in the semifinals. The finalist likely facing Walter will either be No. 2 seed Chase Kyler of Sheffield or No. 3 Weston Pisarchick of Brockway, both of them freshmen.

It’s the first action Walter will see at 106. He’s been around 112 most of the year and was ranked No. 8 at 113 by papowerwrestling.com. He heads into the postseason with 95 career wins.

“A senior at that weight with his approach at wrestling should be fun to watch and hopefully he puts together a good four-week run,” Klepfer said.

Popson was the Raiders’ regular 106-pounder all year, so he makes way for Walter and will be and undersized of sorts entry at 113. He’s the third seed and will face Kane’s Ethan Illerbrun in the quarterfinals of the seven-man bracket. No. 2 seed Collin Brown of Sheffield is also on his side of the bracket while unbeaten sophomore Wyatt Shaffer of Johnsonburg is the top seed on the other side of the bracket.

Shaffer, the D9 runner-up to Walter at 106 last year, is ranked No. 11 in the state. He’ll either face Curwensville’s No. 4 seed Jake Carfley or Redbank Valley’s No. 5 Cole Bish in the semifinals.

Another returning state medalist for the Raiders with a fourth at 113 last year, Reinsel is gunning for his third D9 title. He’s ranked No. 4 in the state, so it’ll be the first step of hopefully four for Reinsel. He’ll face either Zack Wyatt of Cameron County or Michael Stanley of Cranberry in the quarterfinals of the nine-man bracket. The No. 2 seed on the other side of the bracket is Redbank Valley’s Ridge Cook while No. 6 seed Chase Weimer of Port Allegany is ranked No. 25.

“It’s actually one of the deeper weight classes in the tournament,” Klepfer said. “He’s definitely the favorite and he’s gunning for his third title and his goal is to win four, so this is step three. He’s thinking a couple weeks down the road too, so he has some big goals this year.”

Oakes opens in the quarterfinals against No. 5 seed Isaak Johnson of Kane with the winner likely facing No. 1 seed Braedon Johnson of Port Allegany. Johnson is a two-time D9 champion and two-time state qualifier who bumped down from 132 where he was ranked No. 10 in the state.

Brockway’s Mark Palmer is the No. 2 side on the other side of the nine-man bracket.

Cieleski opens with No. 3 seed Rayce Millard of Johnsonburg in the quarterfinals. The winner of that likely gets No. 2 seed Ryder Kuklinski, a freshman from Curwensville, in the semifinals.

On the other side of the bracket is top-seeded Trenten Rupp of Redbank Valley. Rupp and No. 8 seed Evan Hepler of Cranberry are the only seniors in the 10-man bracket.

Popson opens in the quarterfinals of the nine-man bracket against No. 7 seed Trenton Mead, a freshman from Sheffield. Popson’s likely semifinal foe is No. 3 seed Harley Morris of Kane.

The top seed is Johnsonburg senior Nolan Shaffer, ranked No. 14 in the state after finishing second at 132 last year. Shaffer likely faces Dylan Bash of Brockway in the semifinals.

Fleming, wrestling up a weight class or two to fill a spot, opens with No. 7 seed Logan Aughenbaugh of Curwensville, another freshman, in the preliminary round with the winner getting No. 2 seed Isaiah Caden of Port Allegany.

The top seed is Johnsonburg’s Dalton Stahli, a returning state qualifier and three-time regional qualifier who was second at 138 last year.

Brown faces No. 4 seed Cooper Traister of Sheffield in the quarterfinals with the winner likely getting top-seeded Kaden Dennis of Johnsonburg in the semifinals. Dennis was the D9 runner-up as a freshman last year. Kane’s Luke Ely is the No. 2 seed on the other side of the bracket.

He’ll open in the quarterfinals against either No. 7 seed Logan Ullman of Cameron County or No. 10 seed Jonathan Hinton of Ridgway. The likely semifinal foe is No. 3 seed Landon Mead of Sheffield. On the other side of the bracket is top-seeded Cole Casilio of Johnsonburg. Casilio is a returning state qualifier with 104 career wins, ranked No. 6 in the state.

Griffin’s loss resume, i.e. strength of schedule is an encouraging sign for Klepfer who is anxious to see what his senior can do in the postseason.

“I feel he’s been wrestling well as of late and I just feel like this could be the year and I’m excited for him heading into it,” Klepfer said.

He’ll open with either No. 7 seed Dylan Kelly of Coudersport or No. 10 Coda Kirkpatrick of Redbank Valley in the quarterfinals. Zimmerman likely faces another title contender in No. 3 seed Cutter Boggess of Clarion in the semifinals.

The top seed is Noah Bash of Brockway on the other side of the bracket. Bash beat Zimmerman 5-3 and Boggess 6-4 during the season.

“Those three, any one of them could win it,” Klepfer said. “Jackson was a little bit banged up there, but seems to be wrestling better now and he has to put together two solid matches to be a district champion as a sophomore.”

He opens with No. 9 seed Riley Guynup of Cameron County in the preliminary round with the winner getting top-seeded senior Ethan Finch of Sheffield in the quarterfinals. Finch, a Pitt recruit, is ranked No. 4 in the state. He was sixth at states at 182 last year. Finch recently went over 100 career wins as well.

Rafferty, ranked No. 19 in the state, opens in the quarterfinals against either No. 7 seed Carter Himes of Kane or No. 10 seed David Steis of Ridgway. On the other side of the bracket is top-seeded Aiden Gardner of Redbank Valley and No. 4 seed Gavyn Ayers of Coudersport. Gardner was ranked No. 22 at 189.

“Finch dropping to 189 really changed things,” Klepfer said. “Kallenborn is solid, so that’s another weight where three guys can win it on a given weekend, but as I have said, I think our guys are battle-tested and Bryce is one of those guys. All of his losses are to highly-ranked guys, so that give you the idea of the competition he’s been facing. He can wrestle in all positions and is doing it well, but he has to put it together for two matches.”

The Lehigh recruit Taylor, ranked No. 4 in the state after finishing fourth at 215 last year, opens in the quarterfinals against either No. 8 seed Ian Fabiano of Johnsonburg or No. 9 seed Kaoz Baker of Clarion. He’ll see either No. 5 seed Jacob Kunselman of Ridgway or Sheffield’s No. 4 seed Danah Campbell in the semifinals. On the other side are No. 2 seed Kobe Bonanno of Redbank Valley and No. 3 seed Justin Young of Port Allegany. Bonanno is ranked No. 13 in the state.

EXECUTOR’S NOTICE Notice is given that Letters Testamentary for the

Brookville Self Storage. Any Size. Prices start at $25/mo. Gray