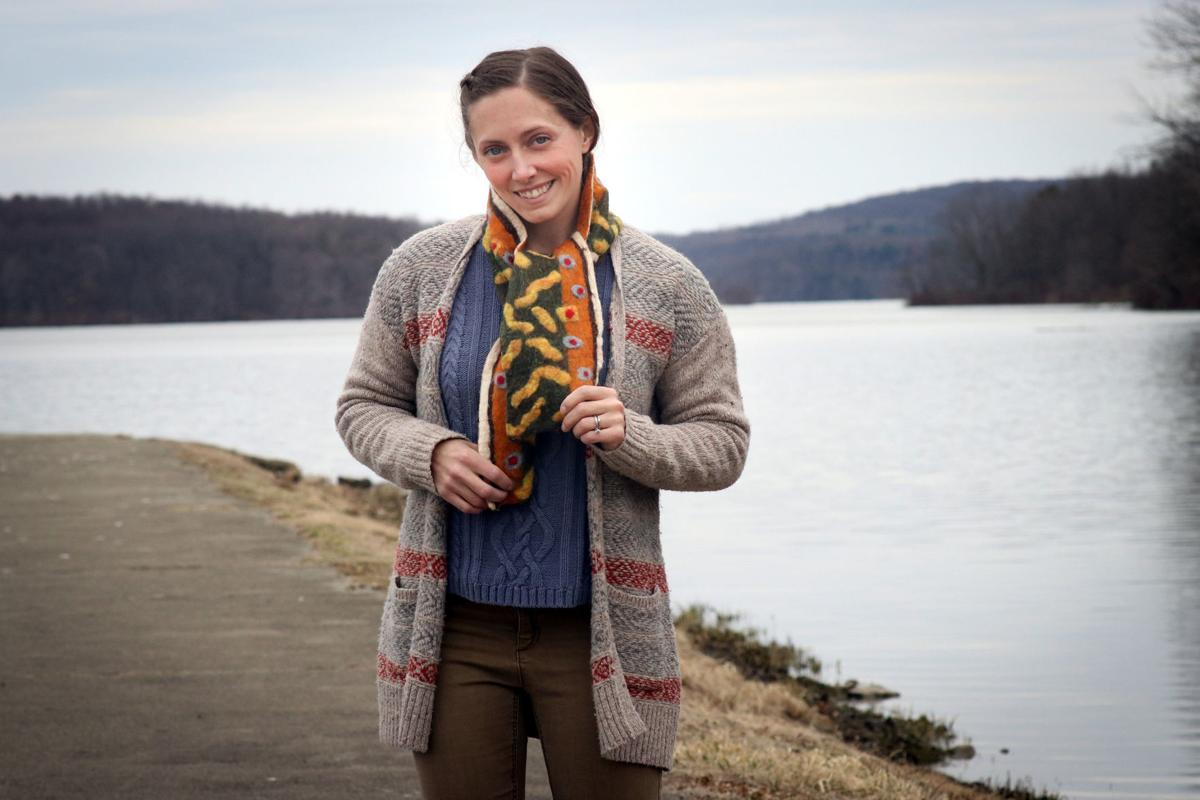 Artist Catherine Danae Elser is shown with one of her felted scarves. 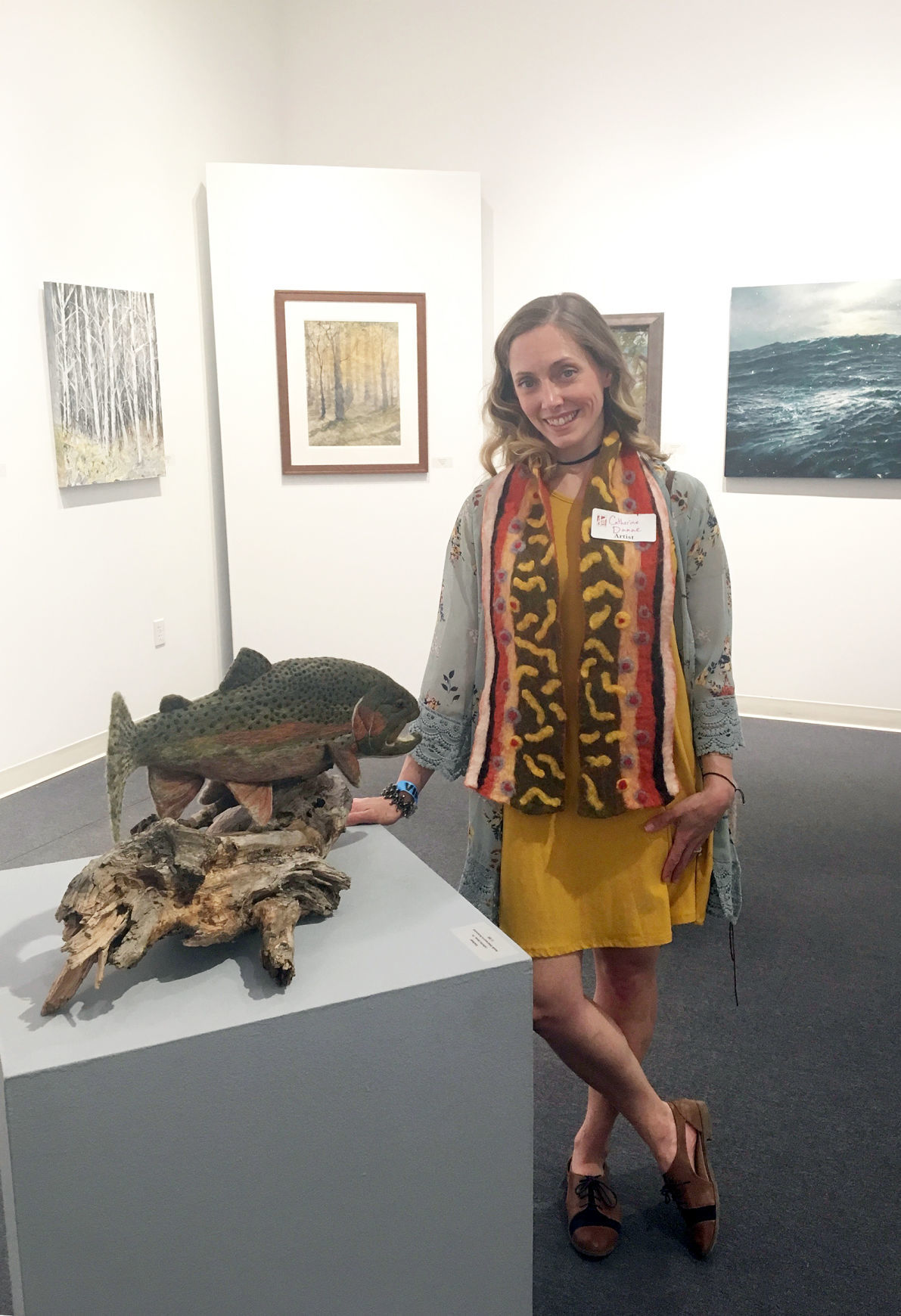 Artist Catherine Danae Elser is shown with one of her sculptures. 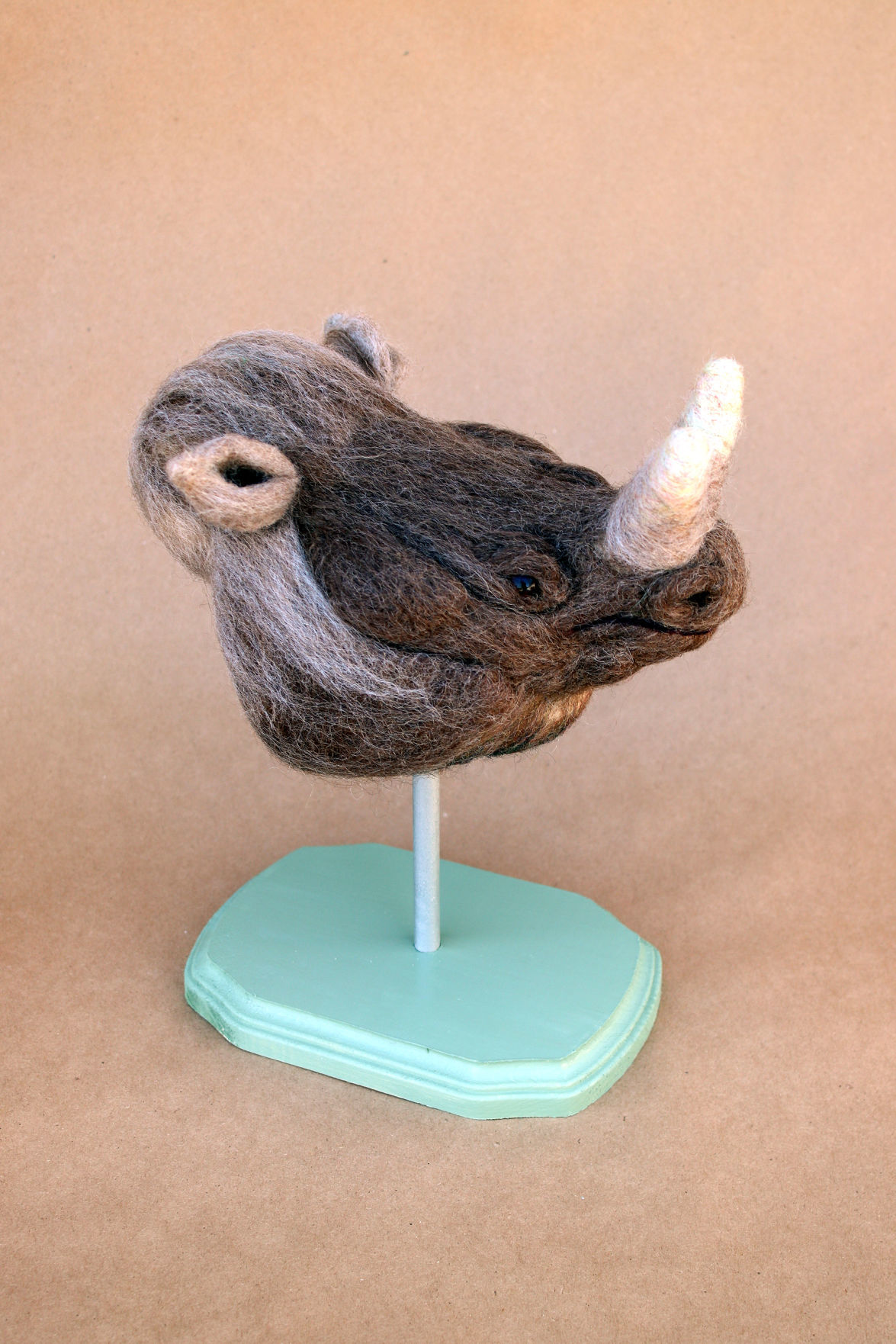 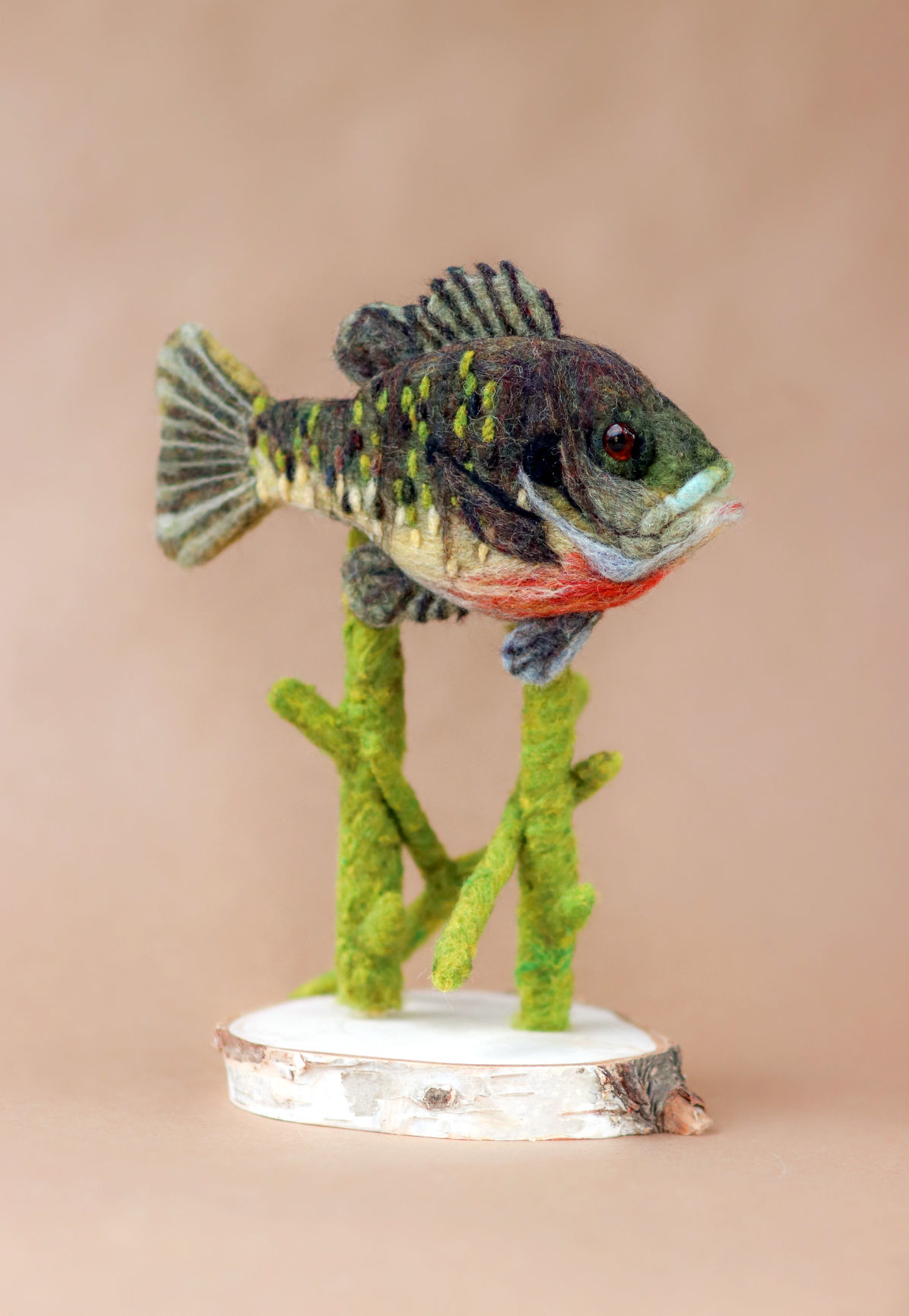 Artist Catherine Danae Elser is shown with one of her felted scarves.

Artist Catherine Danae Elser is shown with one of her sculptures.

PROSPECT — Catherine Danae Elser, who hails from Luthersburg but now lives and creates art in her Prospect home, will be taking her skill to Oregon in September as the Artist-in-Residence for two weeks at John Day Fossil Beds National Monument.

As a 2013 graduate of Slippery Rock University of Pennsylvania with a bachelor of fine arts degree in art and a bachelor of arts degree in dance, Elser said the residency will focus on the park’s array of fossils using sculptural techniques she acquired while attending the university.

For her residency, Elser will be needle felting sculptures based on the fossils found in the national monument’s three different units, the Clarno Unit, the Sheep Rock Unit, and the Painted Hills Unit all located in the John Day River basin. Together, these three units hold some of the best examples of fossils from the Age of Mammals.

Elser said she was excited when she received word that she was selected as the Artist-in-Residence.

“I was completely caught off guard by the phone call because only an hour before I had actually received a rejection email from that very park,” said Elser. “I responded promptly with a courteous letter thanking them for reviewing my application, to be kept on the email list for next year and any feedback they were willing to offer. When I received the call, I was told that my prompt response had led them to pick up my application again, and they realized that my medium of wool would work perfectly with their fall festival. So I was overjoyed and thankful for my professors at SRU who always encouraged follow up emails.”

Of the sculptures that Elser creates, one will become property of the park. She will also be donating her time teaching a wet felting class to students visiting the park during the Hay Auction and Fall Festival.

Much of Elser’s work focuses on wildlife past and present, and she said she hopes it is a way to bring awareness of conservation and the importance of public lands.Her works vary from native trout to insects to ancient mammals.

At the John Day Fossil Beds National Monument, she will be able to view her inspiration up close, see and be inspired by the arid land it comes from, and create a hands-on experience with wool for local students, she said.

Elser, who loves the outdoors and the national park system where she spent many family vacations growing up, first heard about national park residencies while attending SRU. As soon as she heard parks offered residencies, she knew she had to make it into one, she said.

As soon as she graduated, she applied as a multidisciplinary artist to various parks combining her dance and art background, but had taken a break from applying until the last two seasons when she says she felt like she had found the medium and subject matter that felt good and came naturally.

“Everything aligned, from my love of the outdoors, to my focus on wildlife, to this amazing method of needle felting, it just felt like the right time to begin to apply again to some national parks,” said Elser.

Needle felting is a process in which a barbed needle is used in a repetitive motion to entangle fibers to a desired shape. This will be the main process she uses to create her works while in John Day Fossil Beds National Monument, she said.

Though it may appear as if Elser has achieved her life-goal by making into this residency, she doesn’t want to stop there.

“I adore this country and the land it protects through the National Park Service,” said Elser. “My desire would be to continue to speak up for public lands and the animals and history they protect with the tool of my art. My soft-sculptures have the ability to draw in the viewer and really get a conversation going; so if I can get a conversation happening about the fossils or animals a park has within its borders, then my art has done what I hoped it would. I would, of course, love to get more exposure to my work through exhibitions and art festivals after this residency and would consider applying to other residencies to promote more great parks.”

To view her felted works, access her website, rodandneedle.com or see it in person at the Audubon Art and Craft Festival in Hawley July 20-21 from 10 a.m. to 5 p.m. Other works are viewable and for sale at the Fra Angelica Studio in Cleveland, Ohio.