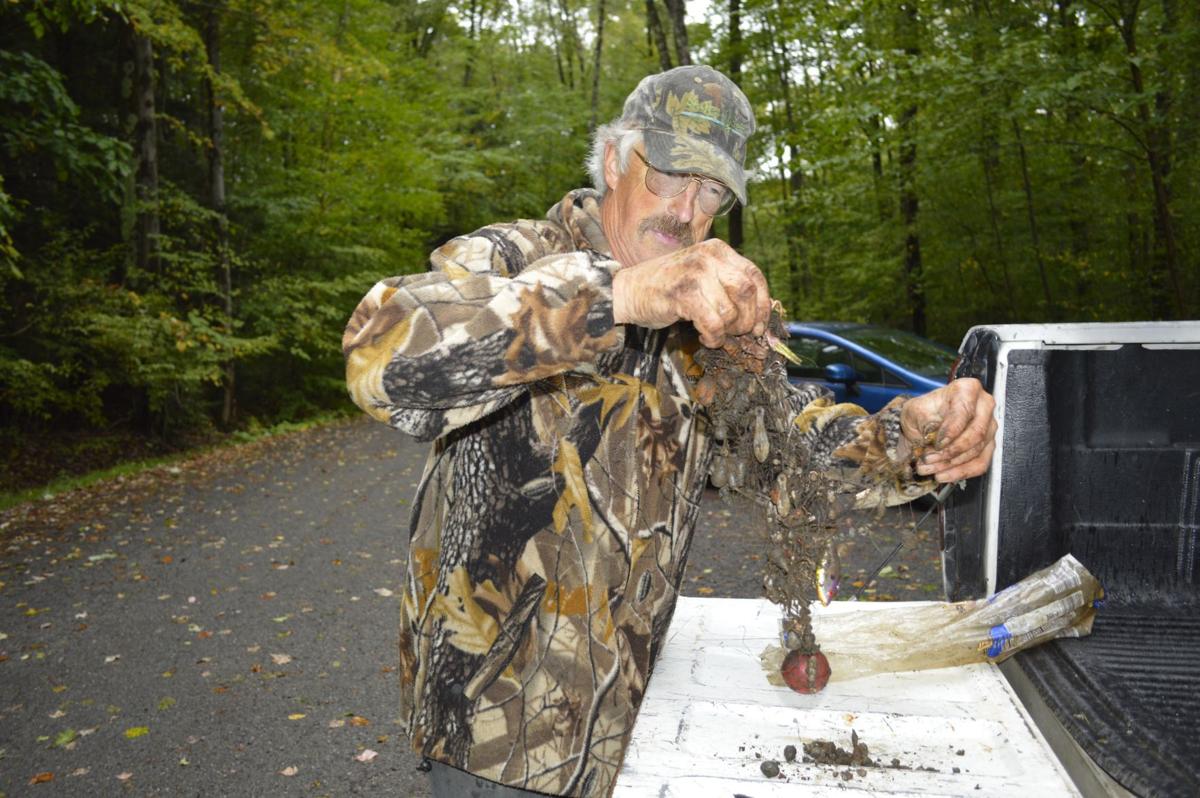 Albert Sherwood of Sabula shows some of the fishing tackle he found Thursday in Kyle Lake, which is being drained in preparation for the dam reconstruction project. 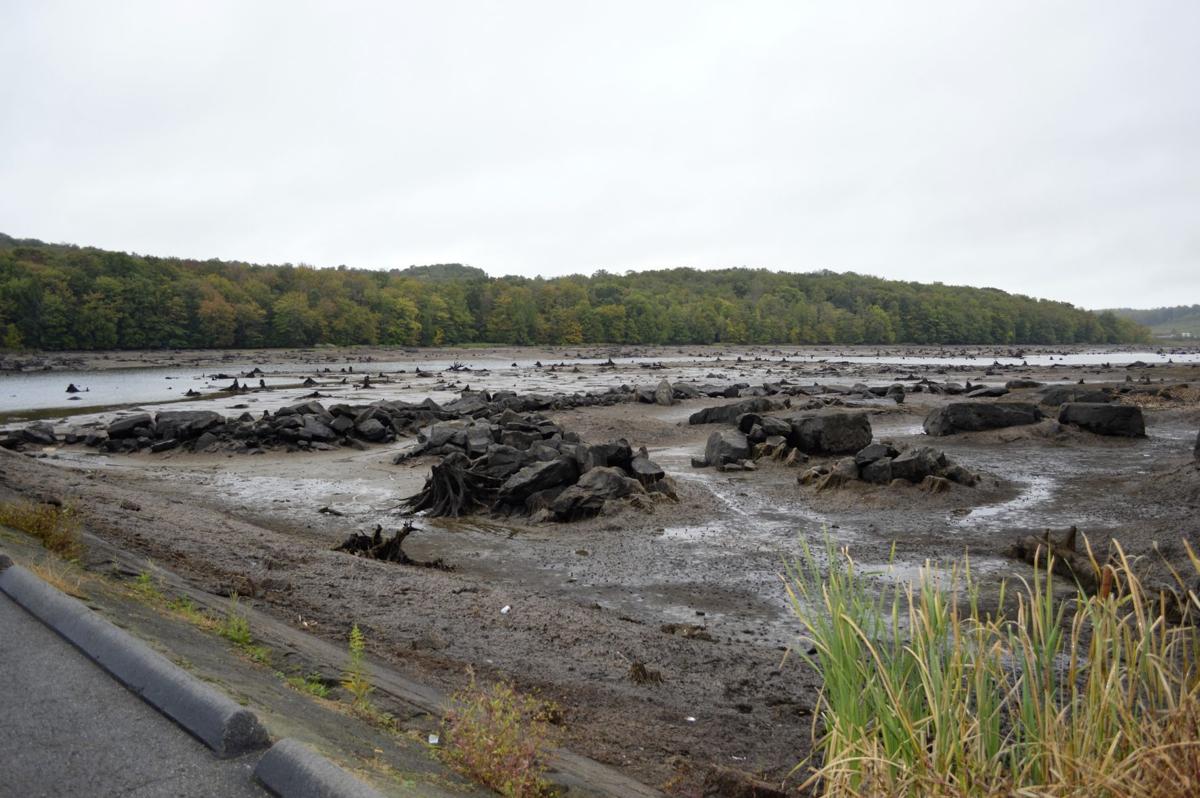 The bottom of Kyle Lake lay exposed Thursday as efforts continue to drain it for the dam reconstruction project.

Albert Sherwood of Sabula shows some of the fishing tackle he found Thursday in Kyle Lake, which is being drained in preparation for the dam reconstruction project.

The bottom of Kyle Lake lay exposed Thursday as efforts continue to drain it for the dam reconstruction project.

FALLS CREEK – His hands muddy, Albert Sherwood of Sabula held up his motley haul of fishing spinners, lures and sinkers.

Like a treasure hunter, he had retrieved them from their grubby resting place Thursday in Kyle Lake.

Portions of the lake’s muddy bottom — and the fishing tackle lost by fishermen there over the years — are now exposed as a result of the draining of the lake in preparation for the planned reconstruction of the Kyle Lake dam.

Sherwood scooped his hands into the mud, by the jetty, to gather up the items, as well as a fishing pole and a flashlight he found there.

“I can reuse most of this stuff,” Sherwood commented.

Sherwood thought the lake was pretty muddy, now that it was being drained.

Another person stopping at the lake, area resident Steve Rowan, was also gazing at the barren landscape, from his vehicle.

“Looks pretty strange, you can see all the roots now,” he said.

What fish remain in the lake will be salvaged.

Eric Levis, press secretary for the commission, said the fish salvage is tentatively scheduled for next week. More information was forthcoming, he noted.

The fish will be taken to Cloe Lake, about 25 miles south.

Sherwood was happy to hear that the salvage was going to take place.

“If they save a lot of fish, that would be great.”

Michele Jacoby, director in the bureau of engineering for the commission, said the project will allow the dam, a source of fishing and boating recreation, to operate safely for the next 50 years.

In early September, she spoke at a public meeting at the Clarion Hotel on the project. She noted that the more than 100-year-old dam has a number of deficiencies, such as structural stability issues, insufficient storm capacity and age.

Earlier this year, Gov. Tom Wolf announced that he was releasing $25.7 million in capital budget funding for the repair of five high-hazard, unsafe dams, including Kyle Lake, and the design of two other dams.

High-hazard, unsafe dams have deficiencies of such a nature that if not corrected and the dams were to fail, substantial property damage and a probable loss of human life could occur.

The project has a “working estimate” cost of $5 million, which includes such things as geotechnical analysis, surveying, environmental and historic assessments, dam break analysis and permitting, as well as construction inspection and the construction project itself.

The construction project alone is estimated to cost between $3.5 million to $4 million.

Permitting will take place in December and then the project will come before the state Department of General Services for approval and advertising in spring 2017, according to the timeline.

Once the lake is re-filled, the fishery will be rebuilt. Jacoby said this will take 3 to 5 years, with small forage fish being put into the lake first, followed by larger fish, such as bass.

She said the fishery would be in good shape within five years of its rebuilding.