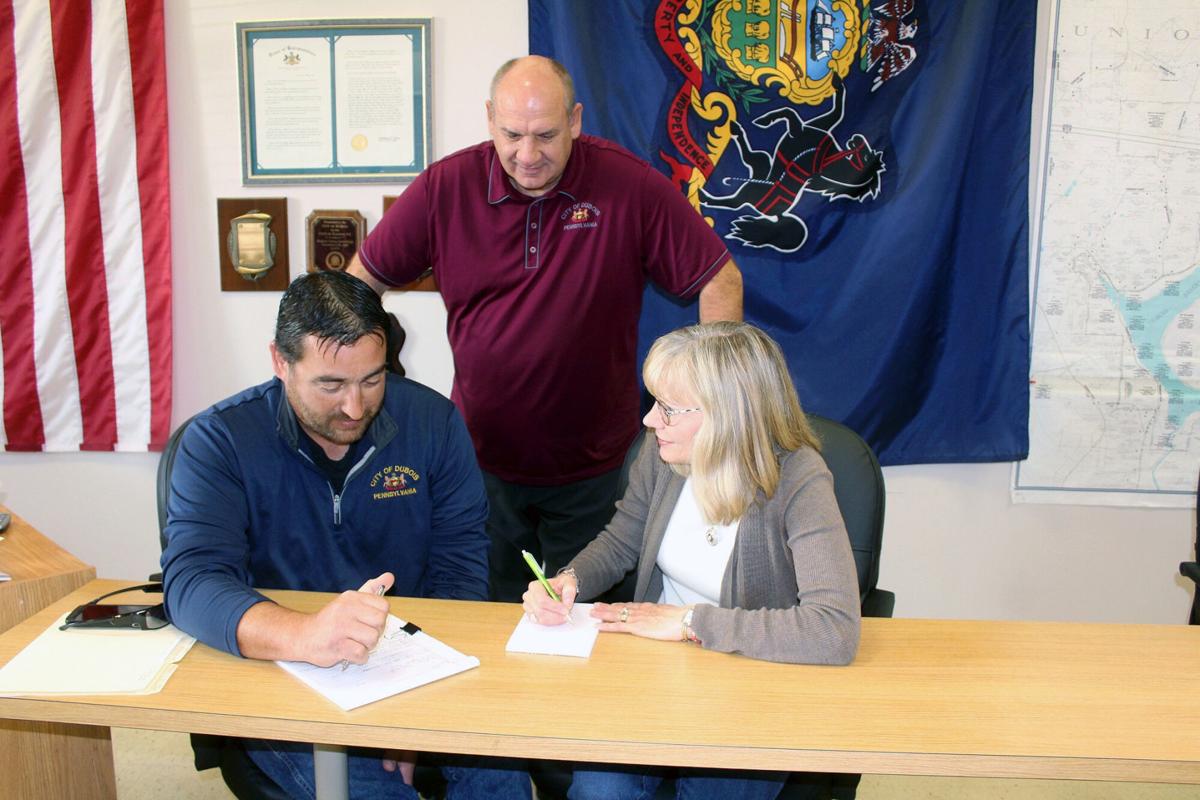 Patty Reasinger, founder of Purrfect Paws Cat Rescue, SBCF, a new nonprofit organization, talks to DuBois City officials, Zoning and Code Enforcement Officer Zac Lawhead, seated, and city Manager John “Herm” Suplizio, about ways to control stray cats and kittens in the city. There will be a public meeting on Friday, Dec. 6, at 6 p.m. at the DuBois City Hall for anyone who would like to volunteer and learn more about the organization. 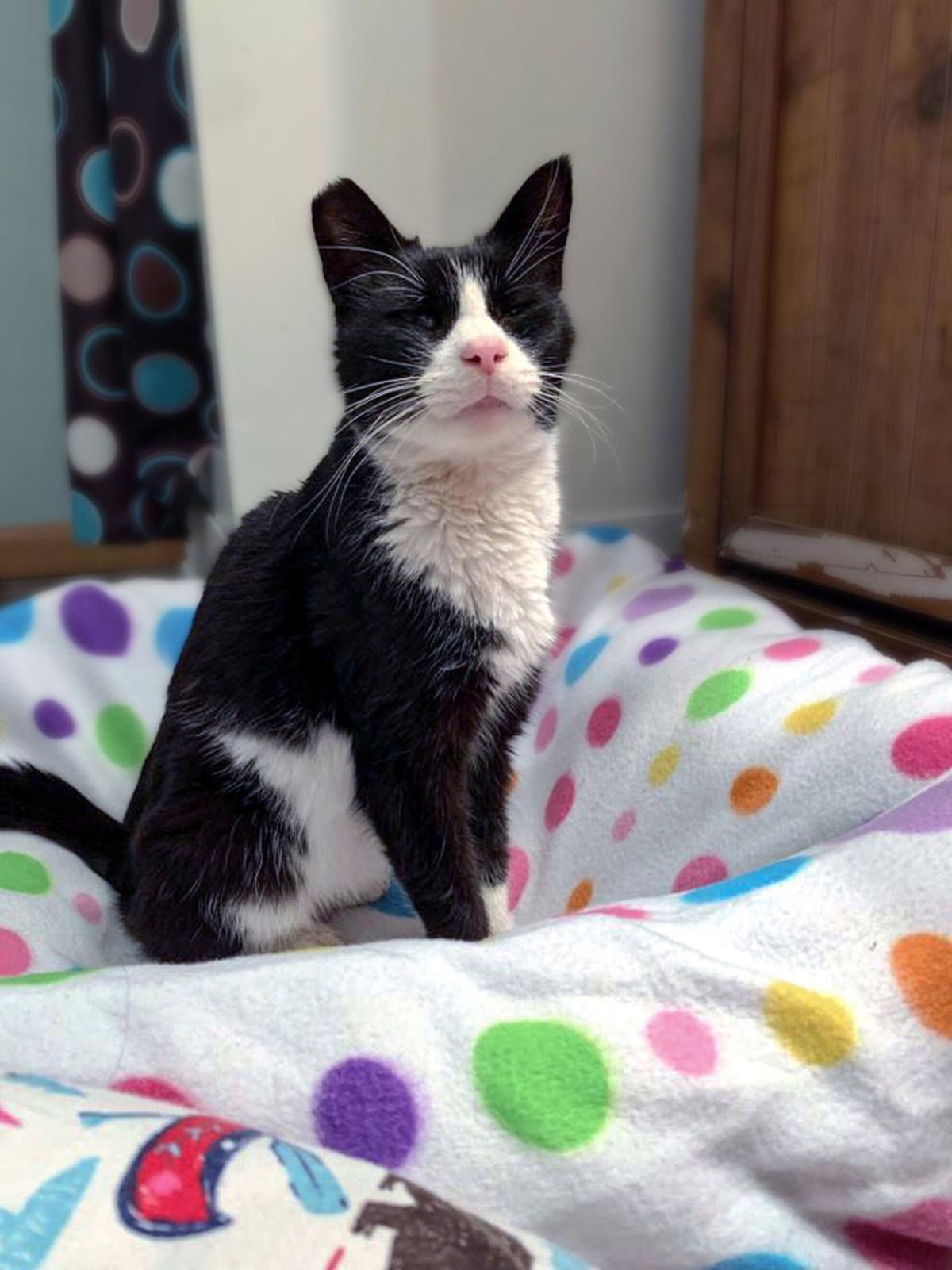 This black and white cat is currently in the care of Purrfect Paws Cat Rescue, SBCF, said founder Patty Reasinger. 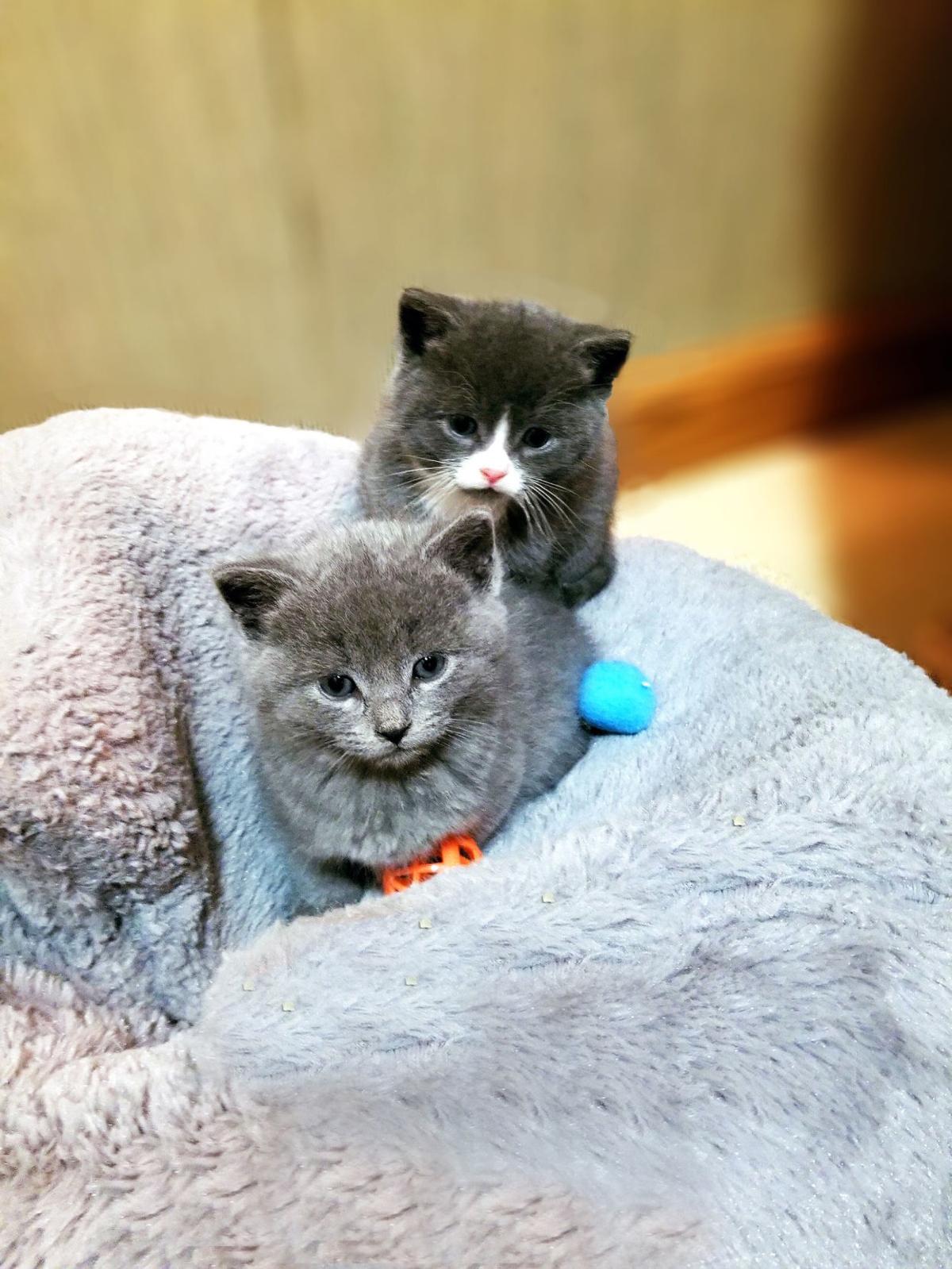 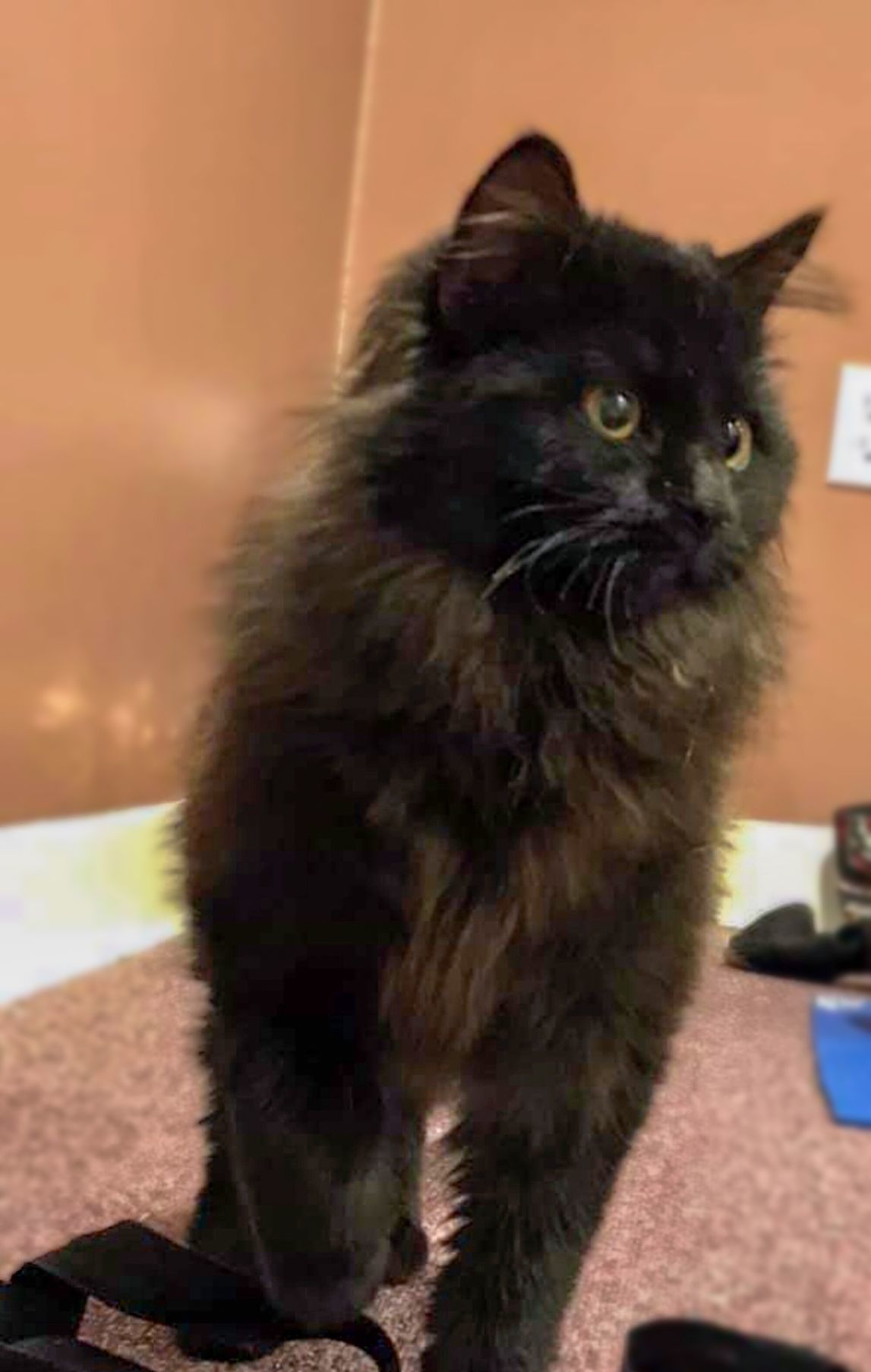 Patty Reasinger, founder of Purrfect Paws Cat Rescue, SBCF, a new nonprofit organization, talks to DuBois City officials, Zoning and Code Enforcement Officer Zac Lawhead, seated, and city Manager John “Herm” Suplizio, about ways to control stray cats and kittens in the city. There will be a public meeting on Friday, Dec. 6, at 6 p.m. at the DuBois City Hall for anyone who would like to volunteer and learn more about the organization.

This black and white cat is currently in the care of Purrfect Paws Cat Rescue, SBCF, said founder Patty Reasinger.

DuBOIS — Patty Reasinger and her new nonprofit organization are on a mission to help rescue an increasing number of feral cats and kittens roaming the streets of DuBois.

Reasinger said she approached the DuBois City Council several weeks ago to tell them she has started Purrfect Paws Cat Rescue, SBCF, whose goal is “to work toward the control and humane treatment of stray cats and kittens with the objective to find homes.”

For years, city officials have talked internally about how to control the large number of stray cats and kittens within the city, said Zoning Officer & Code Enforcement Officer Zac Lawhead.

“I can’t put a number to it, but I can say at least weekly I get a call about stray cats or cats in general — what can we do about this or something like that,” said Lawhead. “And now a resident has stepped up because of a problem in her neighborhood, and getting the city involved with the support that they need so we can address this city-wide.”

“I’ve been rescuing kittens in my neighborhood for about four years,” said Reasinger.

A similar organization, Ridgway Animal Haven, was established last year in Elk County, said Reasinger, noting a Trap-Neuter-Return (TNR) program was initiated there and is a humane and effective approach to controlling stray and feral cats. Scientific studies show that TNR improves the lives of feral cats, improves their relationships with the people who live near them, and decreases the size of colonies over time.

Reasinger, along with Suplizio and Lawhead, met with Karen Cappiello of Ridgway Animal Haven to learn more about that program.

“And she is kind of helping me,” said Reasinger. “Purrfect Paws is not a shelter or a sanctuary, but we want to educate the public.”

“It’s not the creation of a shelter, it’s the creation of a community program,” said Lawhead. “I would like to eliminate the possibility of the transmission of diseases that these feral cats can transmit to house pets and things like that.”

“We’ll be working with local veterinarians,” said Reasinger. “The city will let us know if there is a problem in their neighborhood. They will be spayed or neutered. We’ll locate clinics and vets who are willing to take them. If there are any kittens, they will go into foster care. Some cats will be released back into the neighborhoods because that actually keeps other feral cats out of the neighborhood. You have to return some that are spayed-neutered to the neighborhood. And, others will look for barns or some type of shelters outside.”

Since it is in the beginning stages, Reasinger is in need of volunteers and money.

“My program is only going to be as strong as the amount of volunteers that I get,” said Reasinger.

A fundraising craft show will be held at the DuBois Area High School from 9 a.m.-3 p.m. Saturday. It will serve as a way to meet Purrfect Paws volunteers and find out more about the new non-profit 501c3 organization, Reasinger said. There will be shirts, and a few other donated items for sale. They will also accept donations.

On Friday, Dec. 6 at 6 p.m., there will be a public rescue/TNR training at the city building on Scribner Avenue. Anyone willing to volunteer for the rescue organization is welcome to attend and hear about volunteer opportunities.

“This is a great program,” said Lawhead. “I believe this will help with some problems people are having in different areas and it’s going to create a good community involvement. I think it’ll help us catch more things other than just feral cat problems ... people out looking, this is going to have a full turn effect I guess.”

“We have received several calls of people saying it’s a problem and nobody’s really stepped up to the plate,” said Suplizio. “We do thank Patty and her group for stepping up to the plate and taking on this mission. We are happy to assist.”

“And, as Patty has said, to make this work, we need the volunteers to come out,” said Suplizio. “We encourage people to get involved and to volunteer. If you can’t volunteer and you can do something financially, that would be greatly appreciated. The city’s going to step up to the plate and purchase some traps and assist in neutering and spaying. But, this is one area that we do need the help from our citizens. So, we ask them to please reach out.”