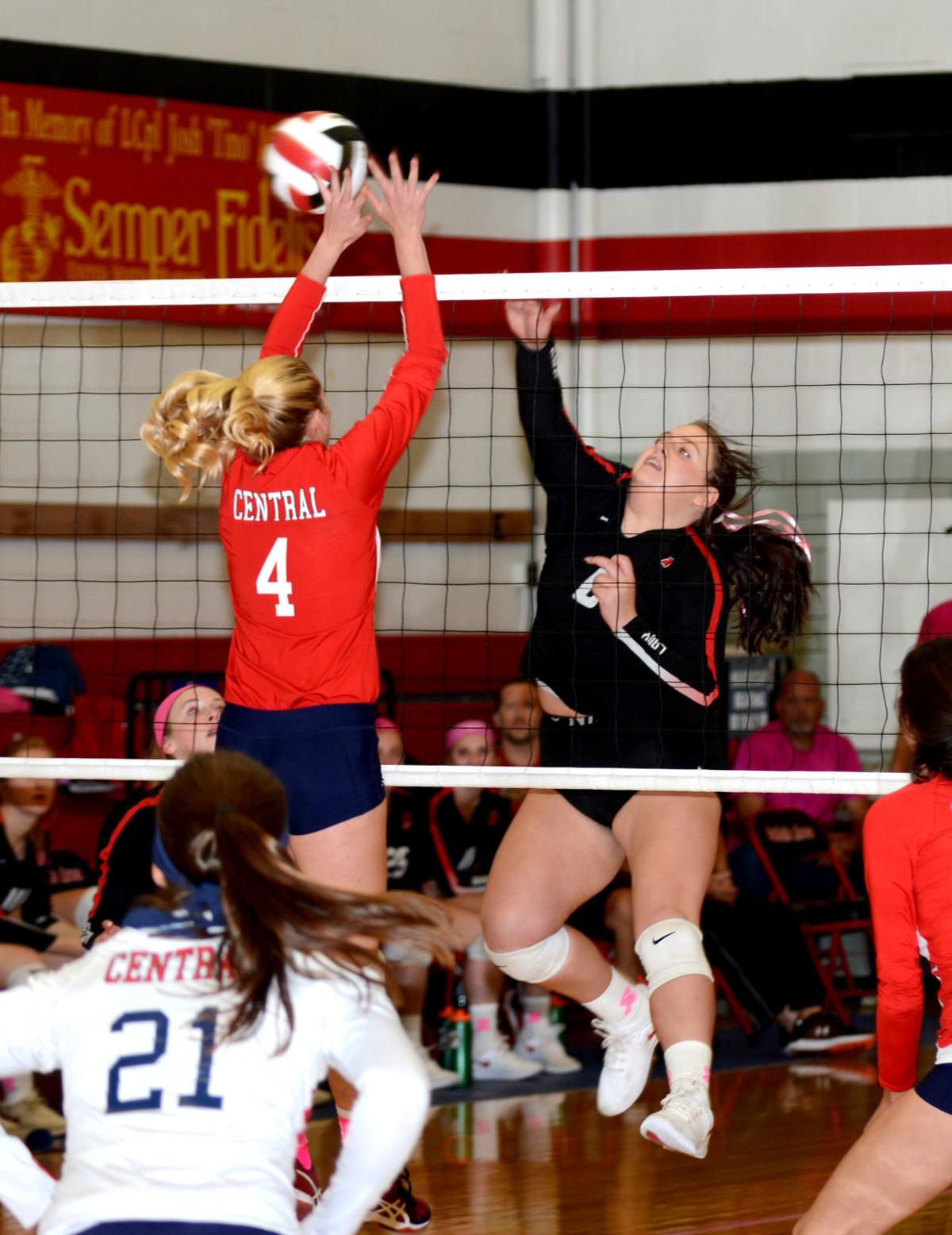 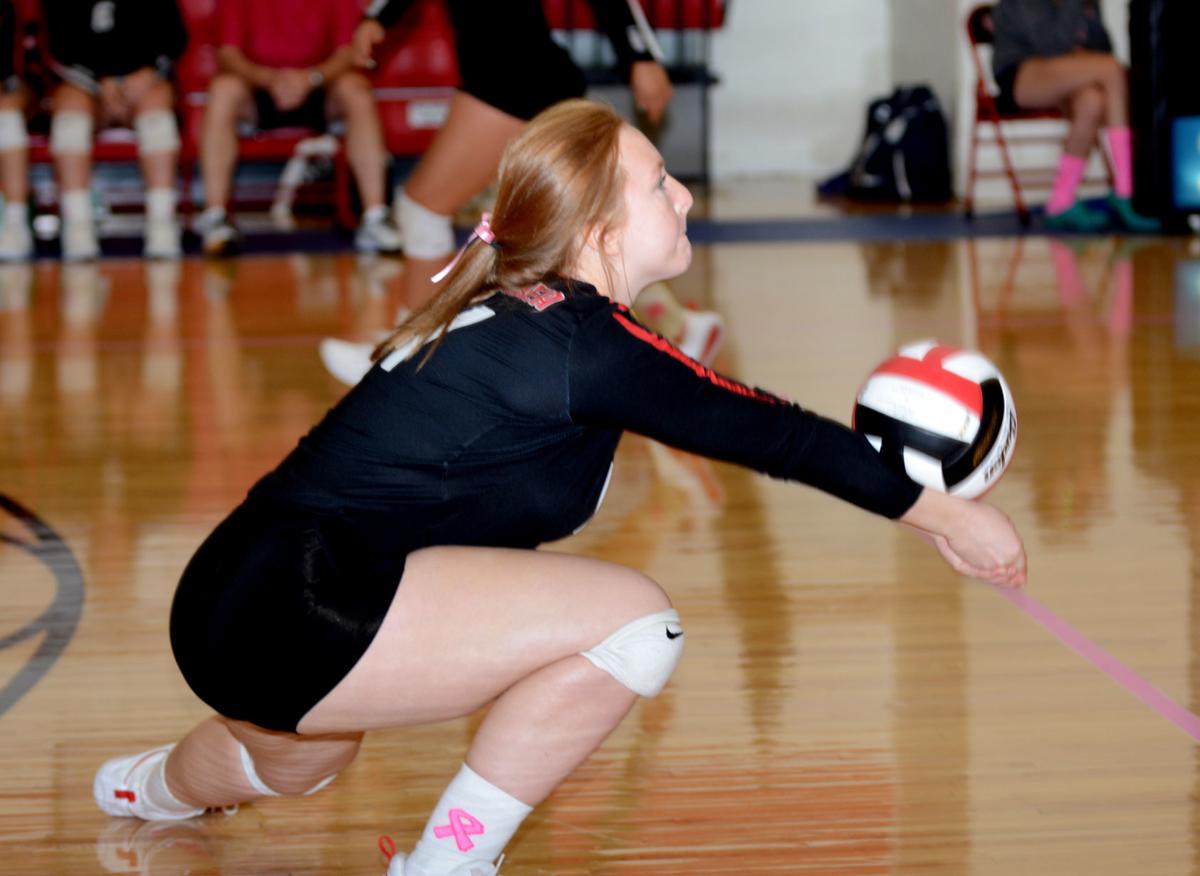 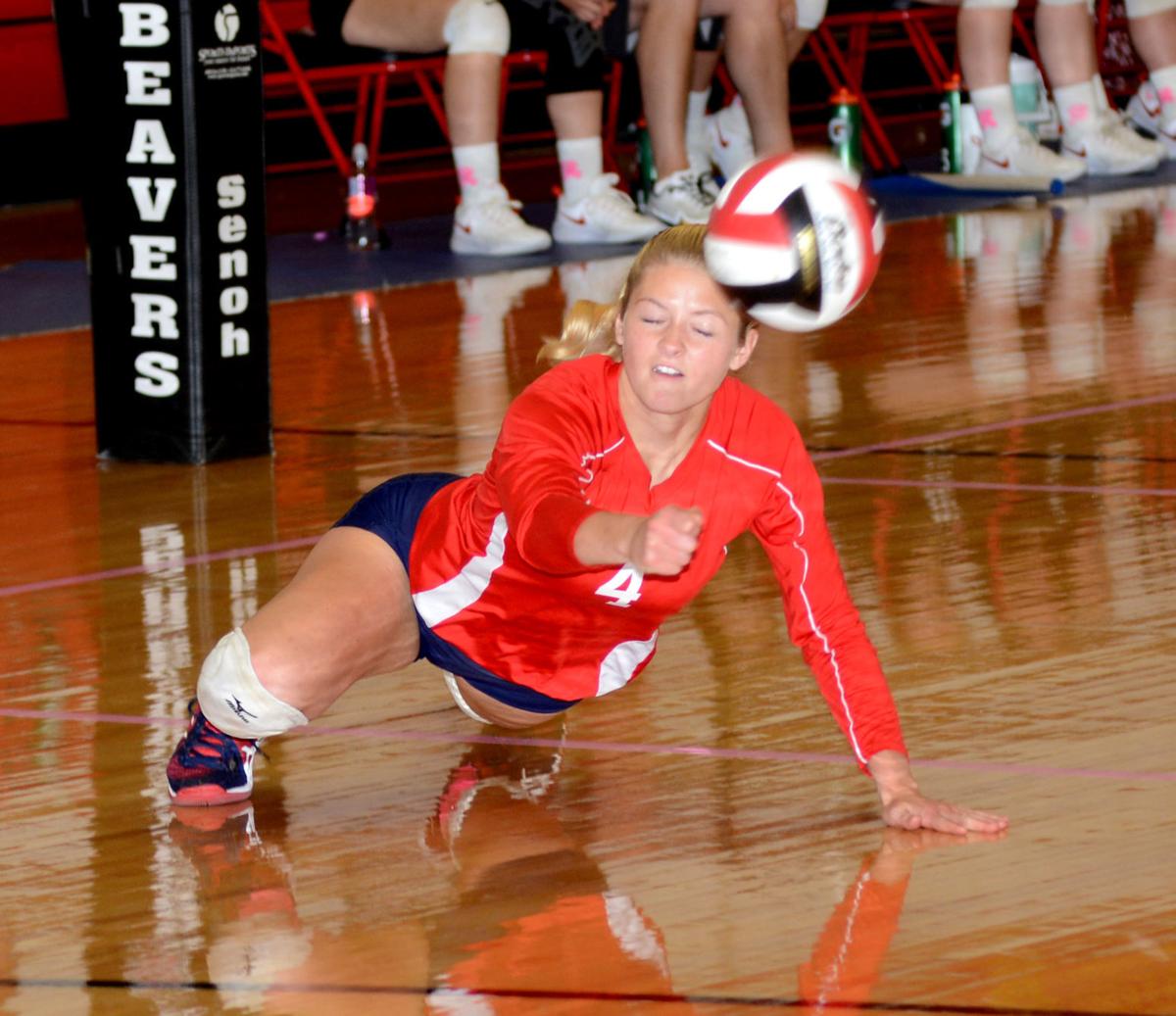 DuBois Central Catholic's Jordy Kosko makes a diving, one-handed punch save to keep the ball alive during a rally Tuesday night against DuBois. 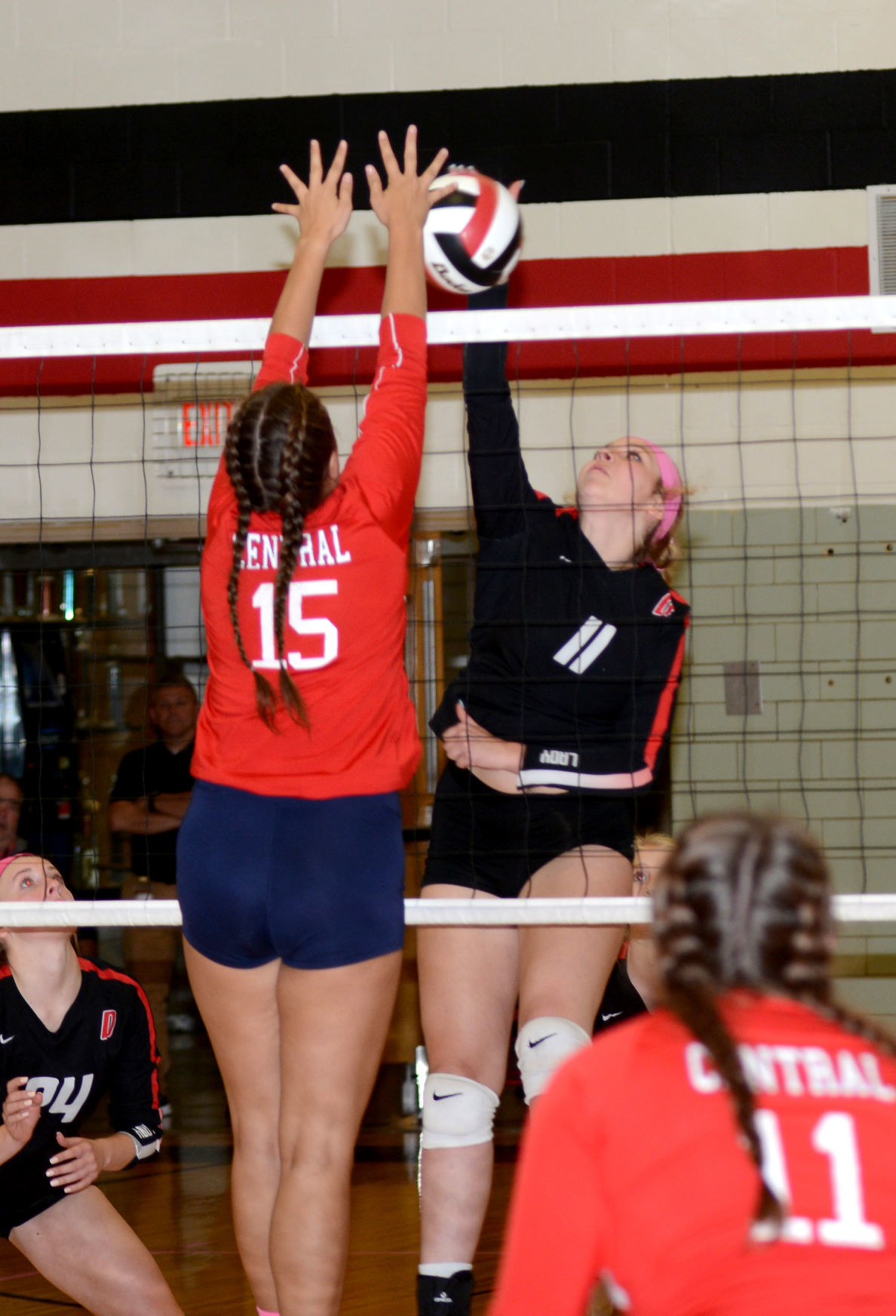 DuBois Central Catholic’s Bella Mangiantini (15) gets up to block a shot by DuBois’ Leah Colville (11) during third-set action Tuesday night.

DuBois Central Catholic's Jordy Kosko makes a diving, one-handed punch save to keep the ball alive during a rally Tuesday night against DuBois.

DuBois Central Catholic’s Bella Mangiantini (15) gets up to block a shot by DuBois’ Leah Colville (11) during third-set action Tuesday night.

DuBOIS — It was more about short sprints than long, sustained runs for the DuBois Area High School volleyball team as it picked up a three-set, 25-13, 25-14, 25-18, sweep over DuBois Central Catholic Tuesday.

The Lady Beavers (15-0) used a series of service runs, amounting to four or five points each, throughout the match to break out, then finish things off against DCC.

The spurts allowed DuBois seniors Kaylee Sadowski and Alayna Cornelius to roll up some generous numbers at the service line as they finished with 12 and 11 points, respectively.

The Lady Beavers were also helped along with some strong play at the net as they finished with 30 kills.

Senior Sydney Kaschalk led the way with 12, while junior Taylor Smith and seniors Cayla Donahue and Amber Gallina both chipped in their fair share as well.

However, DuBois did have some problems as it struggled with its serve receive, failing on five in the first set.

“If we’re concentrating, we’ll go a full match and maybe have problems with three,” DuBois head coach Jason Gustafson said. “If not, we’ll have 12 in three games. It’s a flat-out indicator of our concentration at any time in the game.”

Those five first-set service receive errors were a little costly as they allowed the Lady Cardinals to pull themselves out of an early 10-2 hole but the margin never got closer than three points throughout the first set.

That came midway through the first as DCC climbed back to within three at 12-9.

However, a late surge at the net by the Lady Beavers at the end was more than enough to put them over the top.

Central Catholic took advantage of kills from seniors Hannah Holdren, Jordan Kosko and Maia Cogley early in the second set to push out to an 8-5 lead before DuBois got things on track.

And, when it did, everything started to go right for the Lady Beavers as they outscored DCC 20-6 the rest of the way thanks, in part, to a big seven-point run by Cornelius that basically put the set out of reach as DuBois went on to the 25-14 victory.

The third set was all DuBois early as it rolled out to a 12-4 lead before eventually pushing the margin to double digits at 21-10.

But, the Lady Cardinals weren’t quite ready to pack up their things and used services from seniors Martina Swalligan and Shayleigh Gulvas to trim the lead back to seven.

Still, it was a matter of too little, too late for DCC as DuBois held on to win, 25-18, and take the match.

Both teams will be in action again Thursday as DuBois will travel to Warren, while DCC plays at Curwensville. The Lady Beavers then travel to the OLSH Tournament on Saturday.