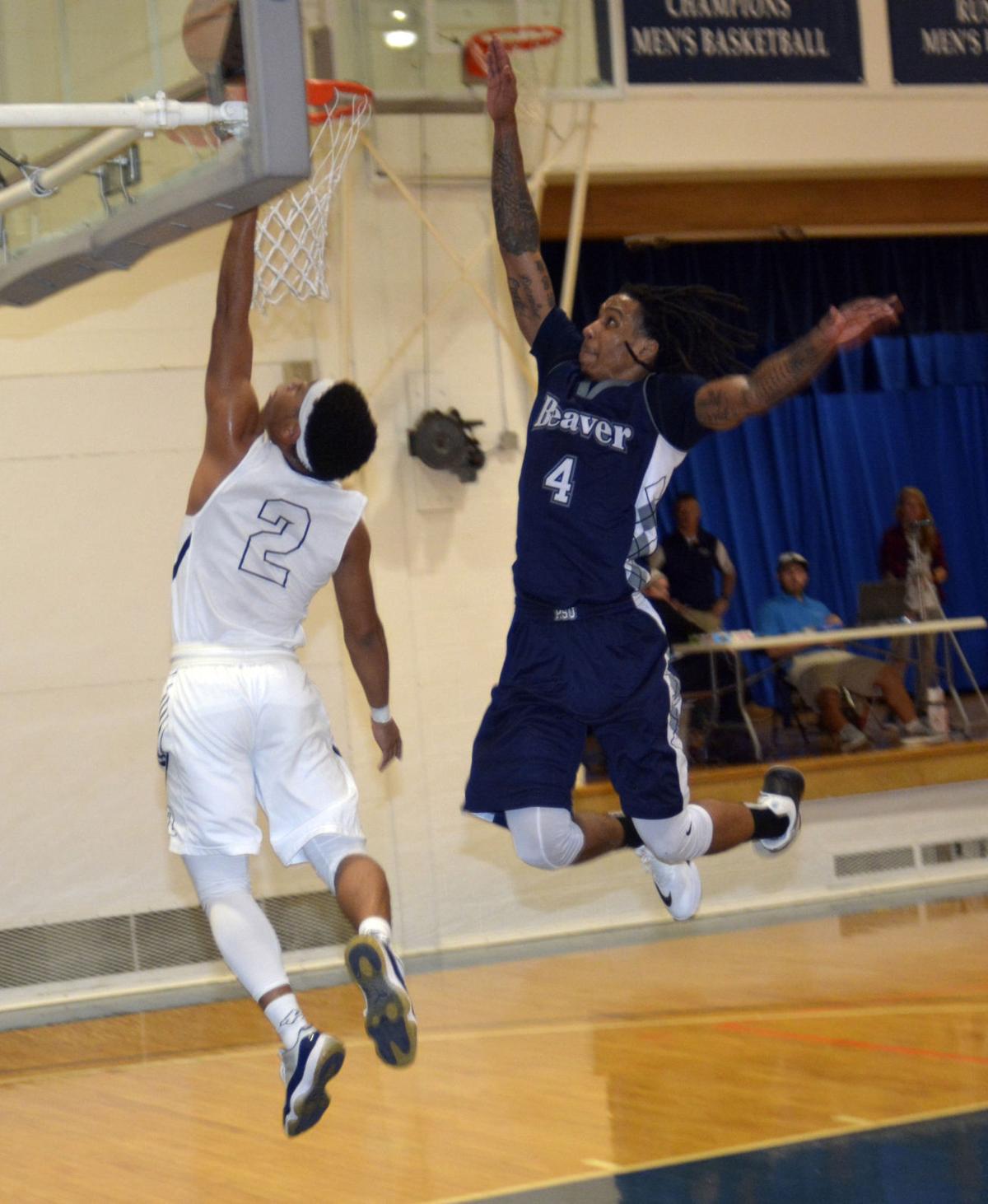 Penn State DuBois’ Kendrick Maye (2) goes in for a layup as Beaver’s Dominique Stevenson (4) goes for the block. Stevenson was called for goaltending on the play. 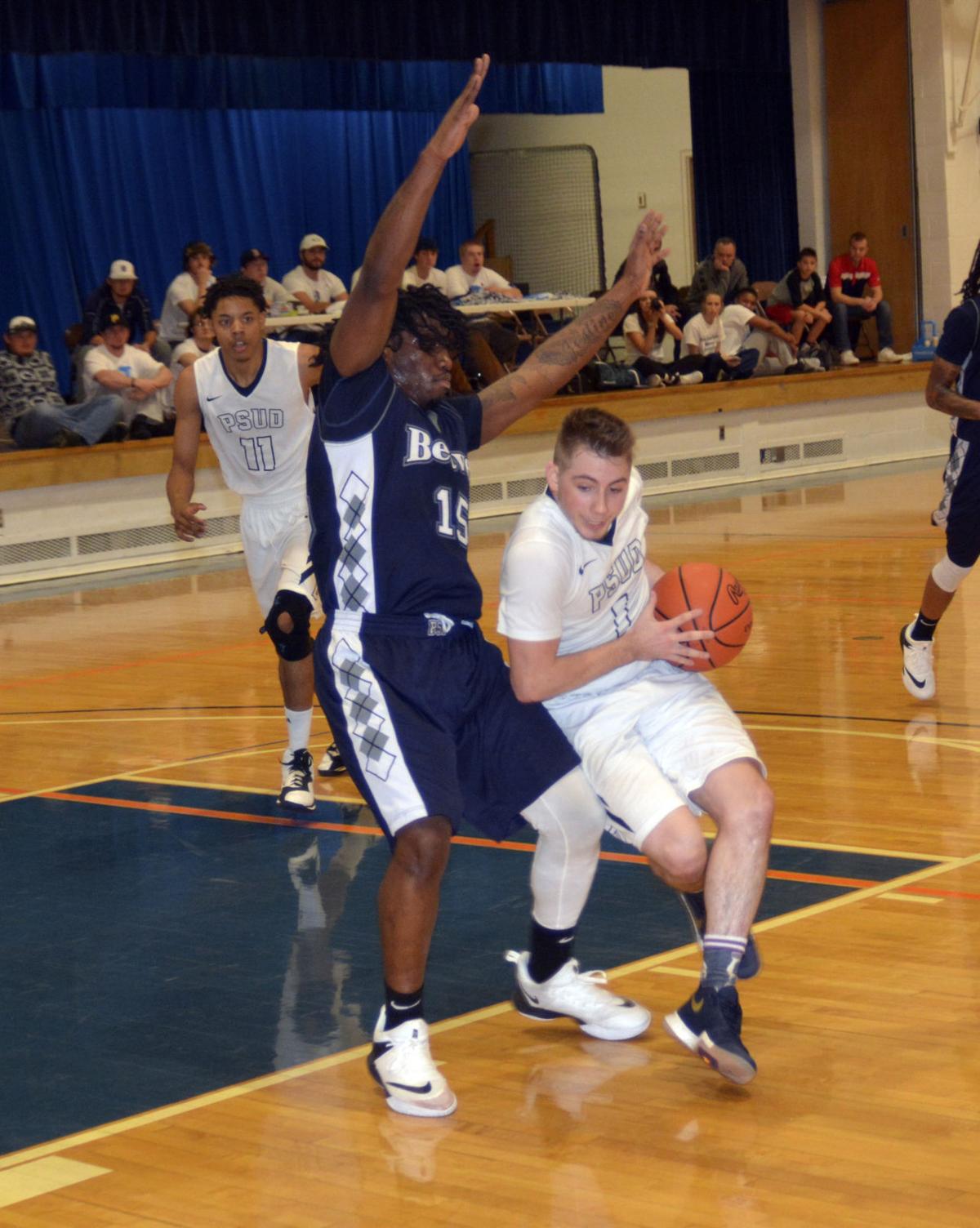 Penn State DuBois’ Tristan Pierce (1) drives as Beaver’s Will Pierce (15) defends. Pierce led the way for DuBois with 23 points, including 19 in the second half to help DuBois to an 81-70 win. 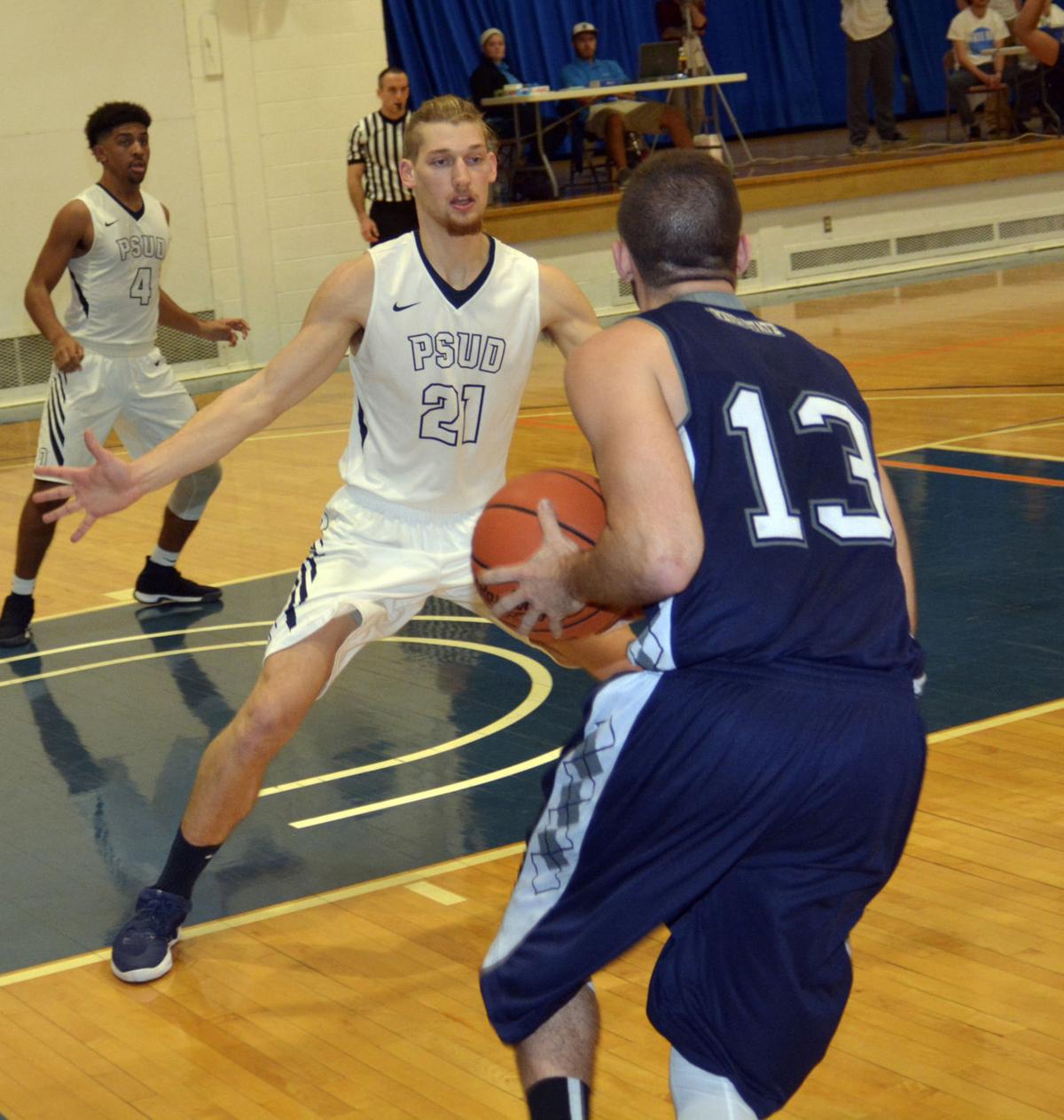 Penn State DuBois’ Kendrick Maye (2) goes in for a layup as Beaver’s Dominique Stevenson (4) goes for the block. Stevenson was called for goaltending on the play.

Penn State DuBois’ Tristan Pierce (1) drives as Beaver’s Will Pierce (15) defends. Pierce led the way for DuBois with 23 points, including 19 in the second half to help DuBois to an 81-70 win.

DuBOIS — Battling through a close game for much of Tuesday’s contest against Penn State Beaver, the Penn State DuBois mens basketball team pulled away late in the game on their way to an 81-70 win on Tuesday evening at the PSU DuBois Multipurpose Gymnasium.

“We’re deep this year, and we’re young, so we’ve been kind of a roller coaster,” said DuBois coach Dylan Howard. “But five guys stepped up at the end and played defense, and that’s what closed out the game for us.

“This win is huge. We had two road losses against two very good opponents that we fought and battled. We lost by four, and then it was another close game the next day.”

Much of the first half turned out to be a see-saw affair, despite DuBois’ Donovan Boyd starting the game with a three-point play.

Beaver went on a 10-1 run after the three-point play to take a 10-4 lead, but DuBois then clawed its way back to take back the lead at 14-12 thanks to a three-pointer from Jaqueil Washington.

Neither team held a lead more than four points for the rest of the first half as DuBois took a 37-34 lead into the break.

Despite only having four points at halftime, PSUD’s Tristan Pierce kicked it into high gear in the second half to finish the game as DuBois’ leader with 23 points.

“I thought in the second half he still wasn’t open,” said Howard. “But he’s the type of player that he doesn’t need to be open to score the ball.”

Penn State Beaver took a 44-43 lead with 16:40 on a Dominique Stevenson three-pointer, but DuBois took the lead right back on a Pierce turnaround jumper on the next possession. Beaver never saw the lead again.

DuBois then went on a 16-4 lead from there over the next seven minutes, capped by a Jacob Perrin layup with 9:07 to play in the game. Perrin, a Brockway graduate, had 11 points on the night on 5-of-8 shooting.

With PSU Beaver down 13, they still climbed its way back into striking distance, getting it back to 62-58 with seven minutes to play.

A John Foster trey cut the DuBois lead to just one point, but Pierce put in a couple layups to get the lead back to five.

Dylan Huey’s putback got the run started, while Pierce had a layin and Beaver’s Stevenson was called for goaltending on a Kendrick Maye layup as DuBois went up eight points with three and a half minutes to play.

Perrin hit a three-pointer, and Huey put in a layup in the final two minutes to end the night for PSU DuBois.

DuBois will host Penn State Greater Allegheny on Friday evening at 8 p.m. before taking a 10-day break before traveling to Clarion University on Dec. 18.