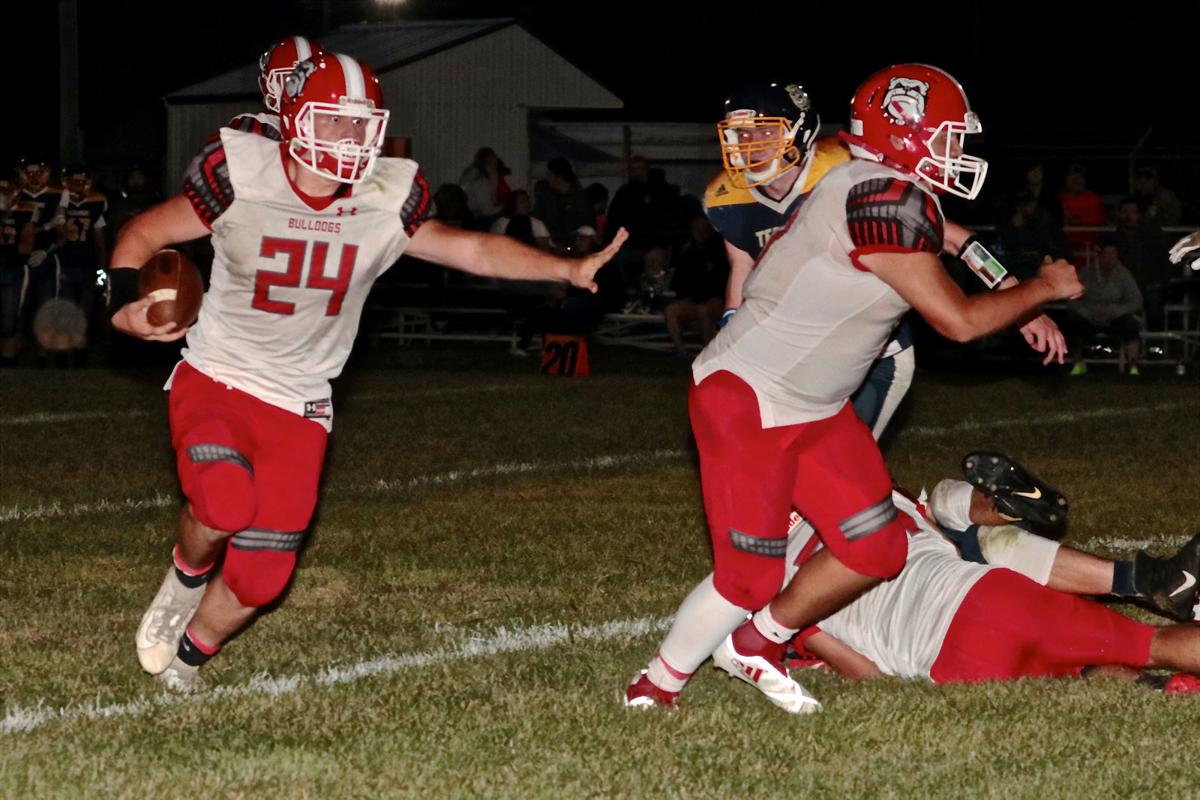 Redbank Valley’s Ray Shreckengost (left) follows his blockers during last Friday’s game at Otto-Eldred. Shreckengost ran for 152 yards and two touchdowns in the Bulldogs’ 47-12 rout of the Terrors. 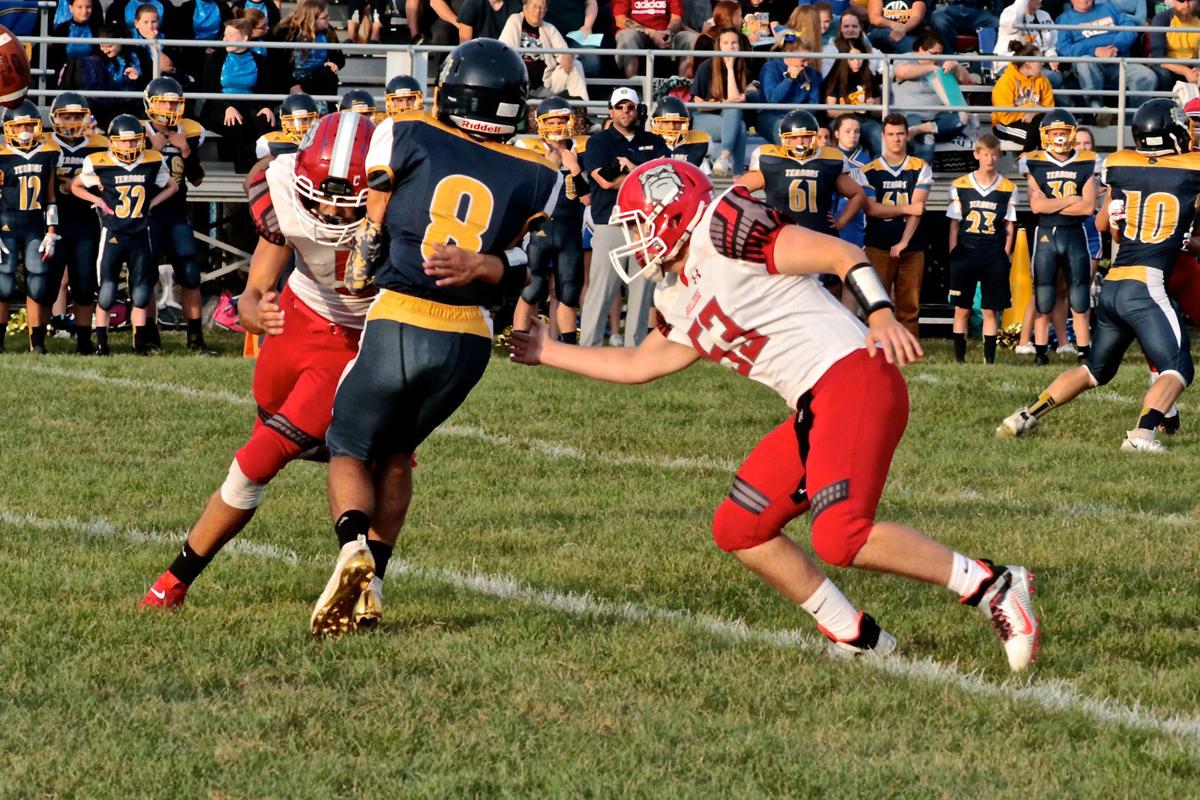 Redbank Valley’s Ray Shreckengost (left) follows his blockers during last Friday’s game at Otto-Eldred. Shreckengost ran for 152 yards and two touchdowns in the Bulldogs’ 47-12 rout of the Terrors.

DUKE CENTER — It wasn’t a great start out of the gate for the Redbank Valley Bulldogs, but a powerful running game more than made up for trailing early at Otto-Eldred last Friday night.

After exchanging punts with the Terrors, then giving up a 74-yard TD pass from Cole Sebastian to Ethan Smith, the Bulldogs got to work and scored five unanswered touchdowns on their way to a 47-12 rout to improve to 2-0.

The Bulldogs put two backs over 100 yards rushing and piled up 368 yards on the ground. Ray Shreckengost ran for 152 yards on 10 carries with TD runs of 4 and 52 yards while Kobe Bonanno went for 100 yards on 12 carries, scoring the Bulldogs’ first three TDs in the first half on runs of 1, 14, 29 yards.

“This is the best offensive line we have had in my time here,” said Bulldogs’ first-year head coach Blane Gold, who is in his seventh season overall. “I have so much trust in Trent (Bowersox) that I feel that we can tell teams we are running behind him before every play and it still won’t matter. Having him and Aidan (Gardner) on that right side, there is a combination of six years of starting experience. We wanted to wear Otto down and running behind those two with the combination of Kobe, Ray and Hudson (Mart) running and blocking is a beautiful thing to watch.”

The Bulldogs extended to a 28-6 lead by halftime thanks to Bonanno’s three runs and Shreckengost’s 4-yarder. Then in the second half, quarterback Gunner Mangiantini ran 28 yards for a touchdown to put the Bulldogs up 35-6.

Another Sebastian to Smith TD pass this time covering 54 yards put the Terrors back on the board, but that was their final score as Shreckengost’s 52-yarder and backup quarterback Cam Wagner’s 34-yard scoring run in the fourth quarter set the final score.

Sebastian led the Terrors, completing 13 of 26 passes for 235 yards and two TDs. He also ran for 58 yards on nine carries.

“We can’t give up the big plays,” Gold said. “We did a good job of bending but not breaking at times, but we have to stay disciplined in our assignments and play with better technique. At the same time, our goal is to never give up more than 17 points, so I can’t complain too much after accomplishing that goal for the second straight week.”

Next up this Friday for the Bulldogs is another trip north this time to Small School South Division rival Elk County Catholic, which is coming off a 14-0 shutout loss at Coudersport. That trio appears to be in the mix of the District 9 Class 1A playoff race.

“We always want to start fast and finish strong. While we finished strong, we did not start fast,” Gold said. “One of the most important qualities in coaching, in my opinion, is having realistic expectations. Right before we went out I told our staff to stay composed if we start slow because of the long bus ride and that’s exactly how we came out when he blew our assignments and gave them the first score. With the travel schedule that we have this year, we absolutely have to improve upon that. We have to get off the bus ready to play.”