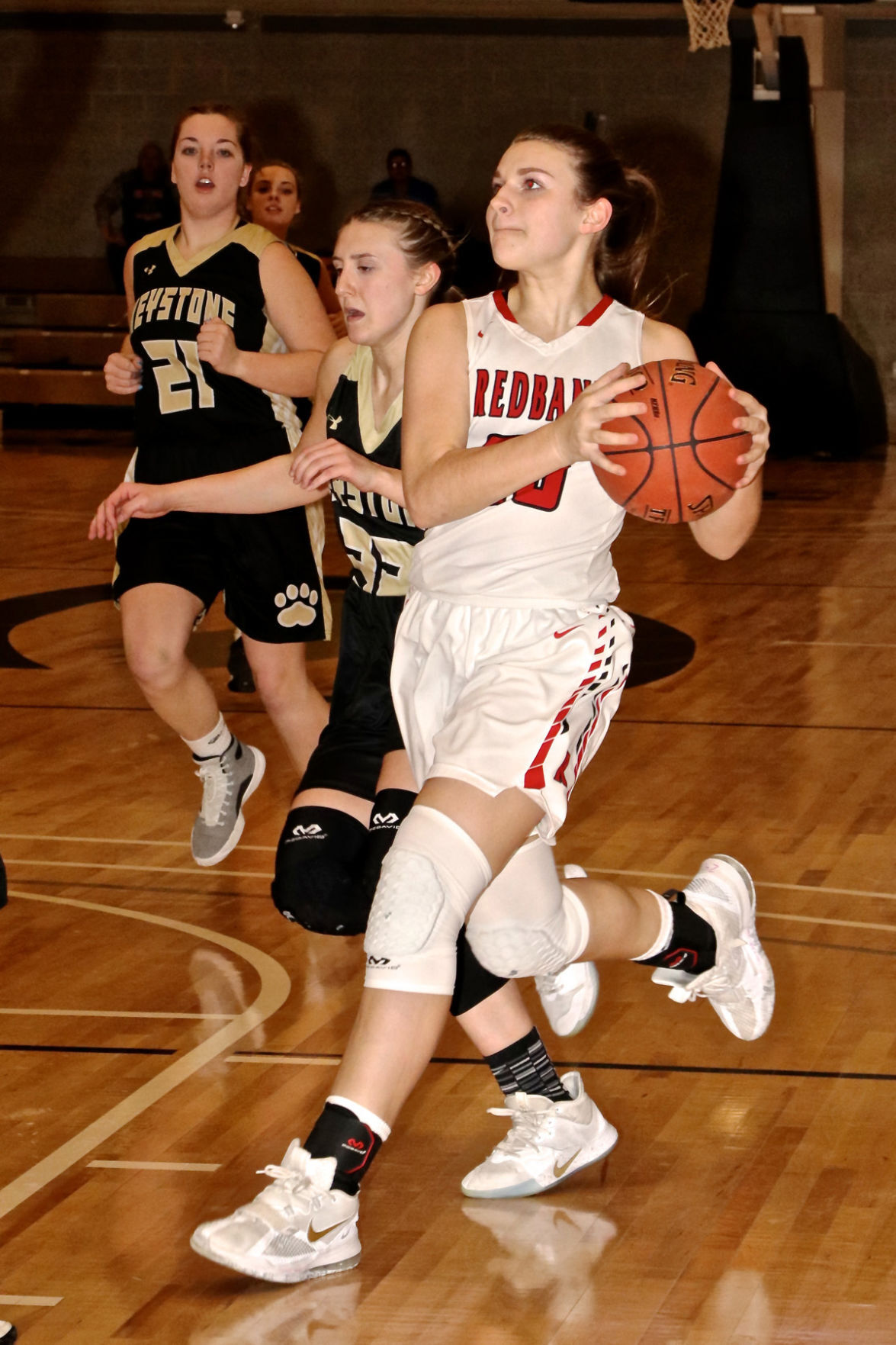 Alivia Huffman drives to the basket during last year’s D9 final against Keystone. Huffman is the leading returning scorer for the Lady Bulldogs. 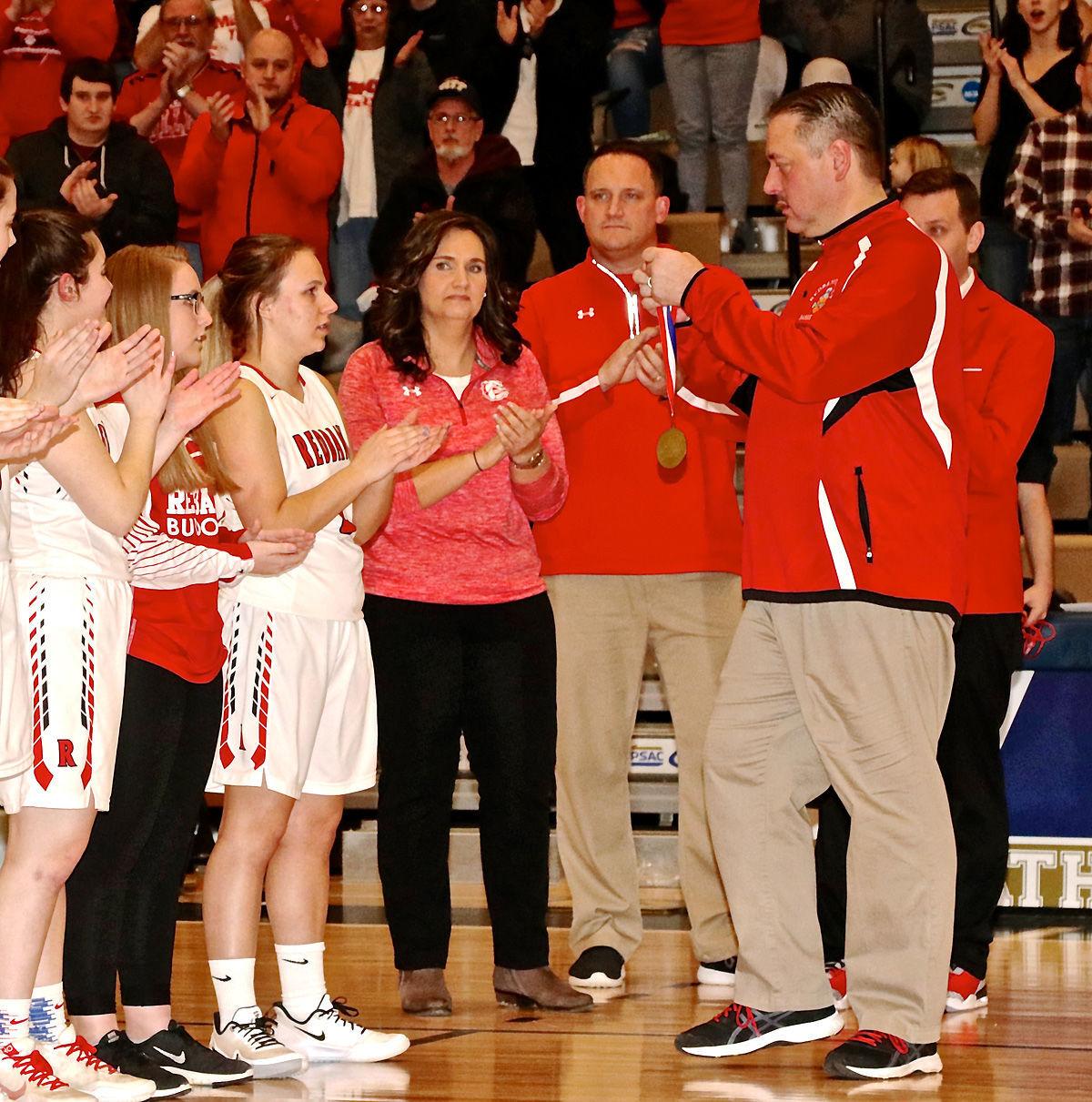 Alivia Huffman drives to the basket during last year’s D9 final against Keystone. Huffman is the leading returning scorer for the Lady Bulldogs.

But when the season finally tips off for the Redbank Valley Lady Bulldogs basketball team at home Friday night against perennial District 9 power Punxsutawney, there will definitely be little time to reflect.

An ambitious 22-game schedule over 47 days has head coach Chris Edmonds trying to digest the challenges ahead. It’s play on, play a lot and take advantage of the time they have on the court before any possible delays or protocols might affect the schedule.

The delayed start to his preseason was maddening enough. Finally getting on the court together on Jan. 4 for the first time was a long time coming. But the rush of challenges lie ahead for a roster that’s not nearly as big as it was last year, 13 players and just one of them a senior.

“The girls have definitely bought into the program and they’re excited about defending a championship, even though it’s at a different level (Class 3A instead of Class 2A) this year,” said Edmonds, entering his fourth season. “We have 13 players, nine had varsity minutes, so we’re looking forward to that.

“It’s a very crowded, condensed season, but throughout last year we did play 10 to 12 girls at the varsity level, so we do extend our bench which should help us with the condensed season. Everybody does have a defined role and by having a longer bench, we get different girls eating different minutes so we’re not necessarily relying on five players to eat all those minutes.”

Much of the playing rotation from last year’s 20-8 run to the program’s first D9 title since 1998 and into the second round of the state playoffs is back and only one senior is on the roster, although two of the top three scorers were lost to graduation with 1,400-point scorer Tara Hinderliter and Lauren Smith. Those two alone accounted for half of the team’s points last year.

So it’ll be a different look to how the Lady Bulldogs score. Edmonds feels it’ll be the same style, however, with the uptempo, aggressive pace that led to many fast-break opportunities.

“Of the players who are back, four or five of them scored two or more points per game, so we have a foundation,” Edmonds said. “What we’re trying to do is spread out the points. We’re still going to play up and down the court even though we only have 13 players. We still want to press and play good defense and we’re looking for all of the players to step up and score. So I think we’ll have a more balanced offense. We’re looking for Alivia Huffman and Madison Foringer to step up and take some of those points that Tera scored last year.”

Huffman (8.4 ppg.) is the leading returning scorer with Foringer (6.2 ppg.). Those two make up part of the starting lineup at forward and center with junior Claire Clouse (1.7 ppg.) and sophomore Brooklyn Edmonds at guard with Katie Davis (1.3 ppg.) and Emma Huffman (3.6 ppg.) other forwards in the rotation. Sophomore Caylen Rearick (4.5 ppg.) and Ryleigh Smathers are other guards/wings.

“They’ve all stepped up, not only last year but throughout their elementary and junior high careers,” Edmonds said. “They call can score and get back and play on defense.”

Edmonds acknowledged there’s concern of getting through a complete varsity and JV schedule with just 13 players. There’s not a lot of margin of error with all of that, presuming everything scheduled gets played.

“We’re one or two injuries away from having issues, but not only the injuries, but we have to make sure they’re still fresh,” Edmonds said. “It’s not only injuries, but being ready to play night i and night out. That’s the focus.”

And however the season goes or looks, it’s the same goal at the end of the season —playoff success. It’s a bit different this year. With the new cycle, the Lady Bulldogs move up to Class 3A and will potentially battle Punxsutawney, Karns City, Brookville and Moniteau for a title.

Games start with JV at 6 p.m. unless otherwise noted.