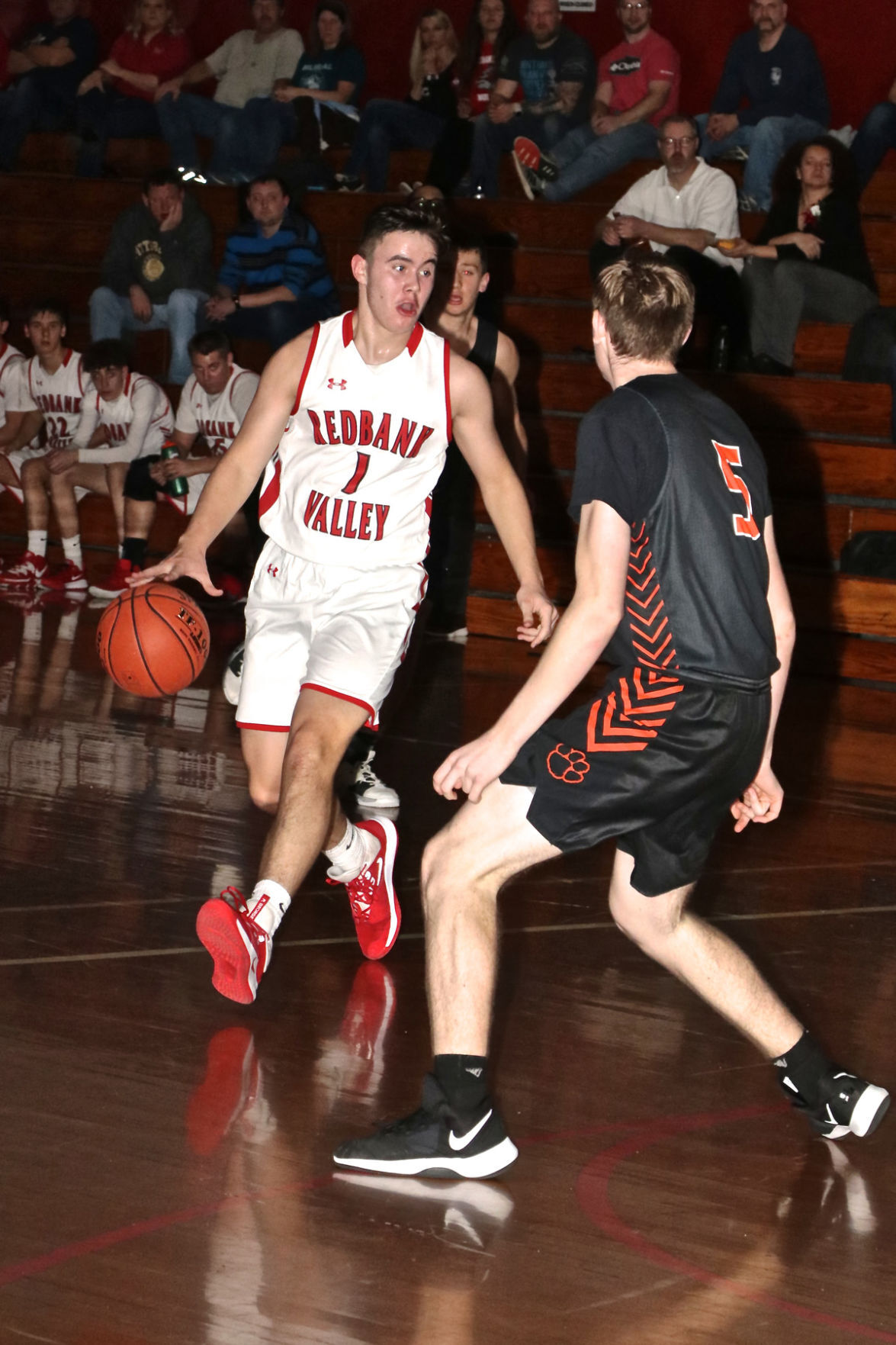 Redbank Valley’s Bryson Bain led the team in scoring at 17.2 points per game and was a KSAC Second-Team All-Star selection. 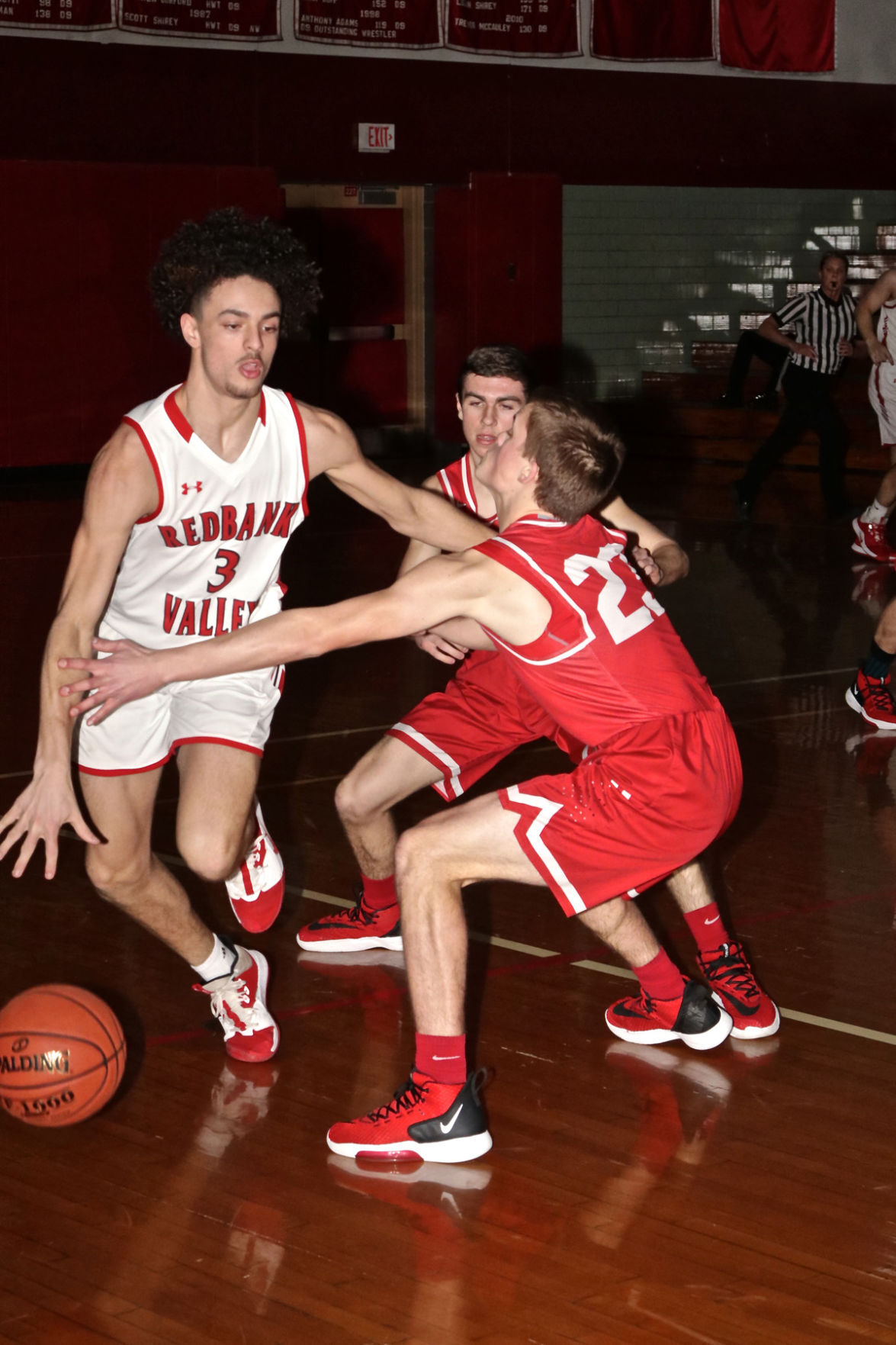 Redbank Valley’s Bryson Bain led the team in scoring at 17.2 points per game and was a KSAC Second-Team All-Star selection.

Like many other teams in District 9, the schedule tips off this weekend for the Bulldogs who open with a Saturday matinee at home against Karns City. The junior varsity tips off at 1 p.m. with varsity to follow.

No fans are allowed in the gymnasium at this time for any Redbank Valley home game — and no school in D9 for sure isn’t allowing visiting fans either — so it’ll be a lot of livestream time for fans.

“They were pretty excited to even have a season and the thought of not having one kind of had them down,” said Marshall Monday night. “But to have an opportunity to play, they’re all excited and they’ve been working real hard. It’s actually made them hungry.”

Which might be needed anyway considering the workload that lies ahead, good health and winter weather being huge factors in getting a busy schedule completed.

“They don’t care about the busy schedule at this point. All they want to do is play,” Marshall said. “Some of them play a lot of basketball on weekends in the offseason, so they’re used to three games a day and things like that, so we’re ready and they’re working hard.”

Marshall’s Bulldogs were 5-17 a year ago and return plenty of minutes from last year. Quality and size of the lineup are a couple solid reasons to be optimistic on flipping that record around, Marshall believes.

Seniors Owen Magagnotti (8.6 ppg.) and Landon Pence (3.1 ppg.) along with junior newcomer Marquese Gardlock make up the rest of the starting five. There’s size there with Gardlock at 6-foot-4, Marshall and Bain at 6-3 and Magagnotti at 6-2.

Senior Ty Sherry along with sophomore Nick Moore are also back and look for junior Tyson Adams, Jack Shaffer and sophomore Cam Wagner getting minutes off the bench.

“I think once everybody understands their role, that’s the key,” Marshall said. “We’re building around a couple of all-conference players and I think they have a team chemistry thing right now from what I just see in practice. They’re confident. I don’t want to interfere with that and slow them down. They’re coming in with the attitude they’re going to win every game.

“We have some shooters, but we have to be consistent on the boards and that’s our main weakness, to get better rebounding.”

Less turnovers and improved defense are other obvious keys that will help flip a record around. Marshall knows the challenge is ahead, but the overall attitude is where it needs to be.

“We have to play every game like it’s our last one and just be thankful that we have some season scheduled,” Marshall added.

Dan Ion is back as Marshall’s assistant. Darren Bain is a volunteer assistant on the staff as well.