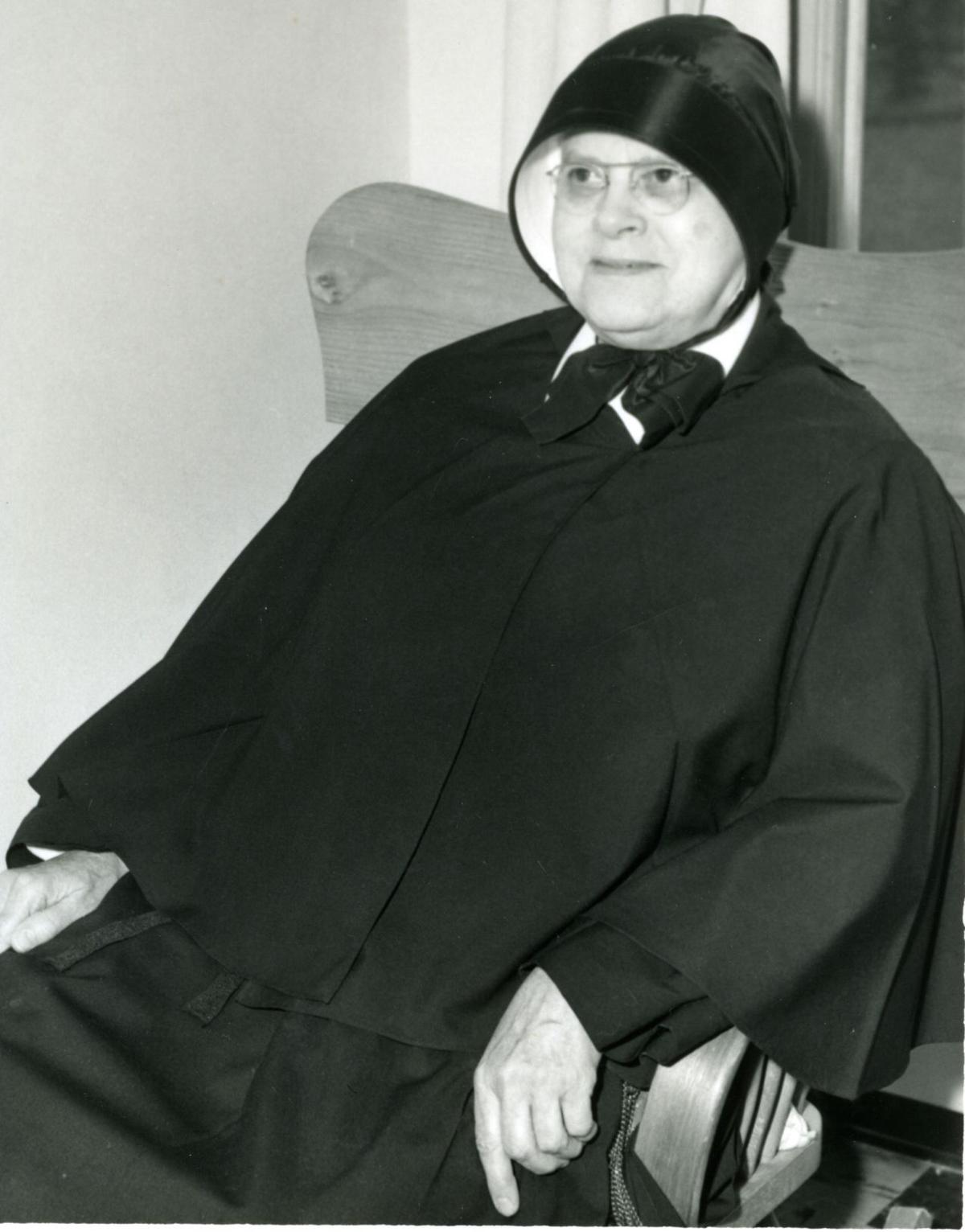 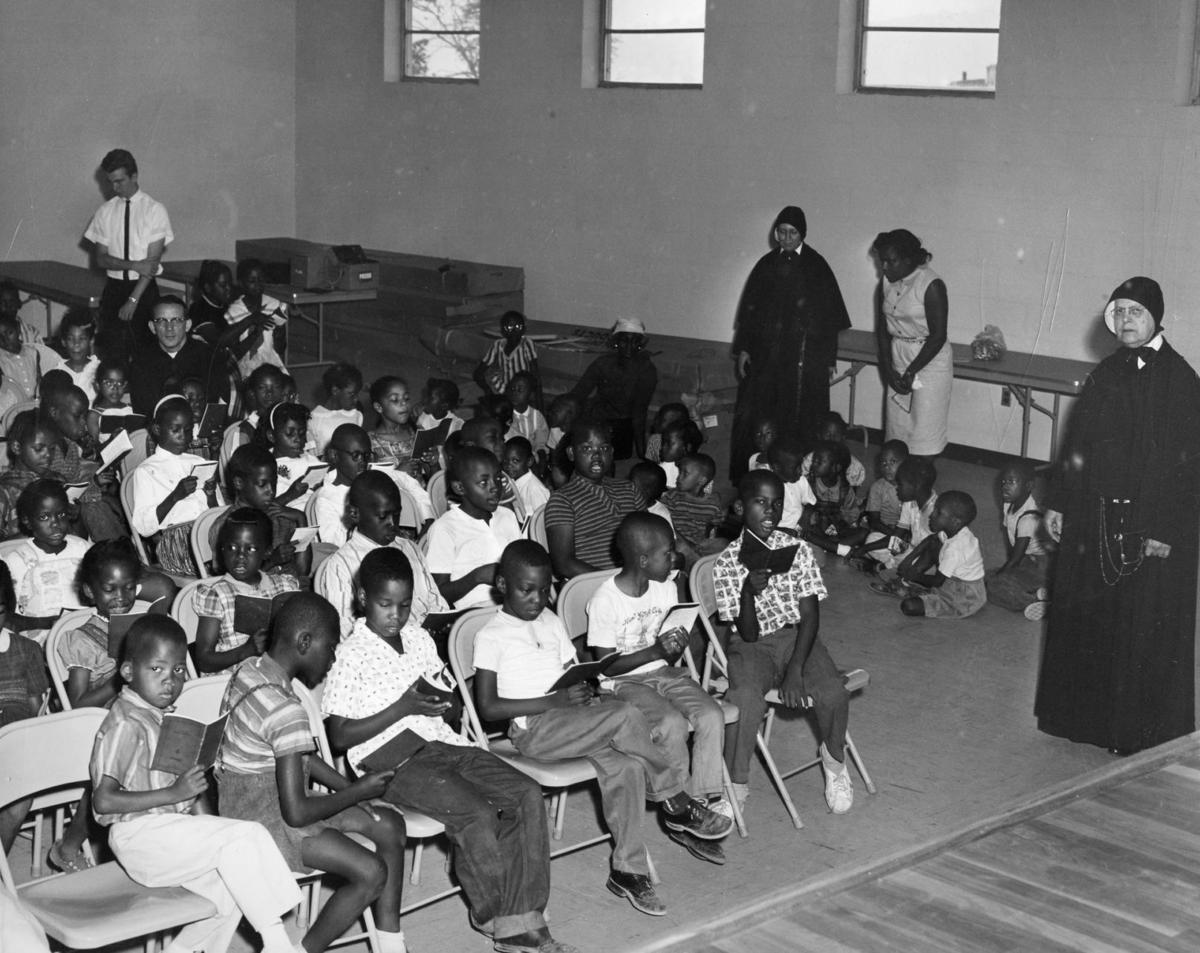 PITTSBURGH — An early pioneer in the nascent Civil Rights Movement came from Clarion County pioneer stock herself. Sister Cyril Aaron, one of 10 children born to Thomas and Susanna Aaron in the small village of Crates in 1886, found her life’s calling by ministering to the predominantly African American Hill District neighborhood in Pittsburgh.

Now a mission of the St. Charles Roman Catholic Church in New Bethlehem, the St. Nicholas of Tolentine congregation was a strong influence on the nun who would be known as The Walkingest Woman among those she served in impoverished black communities between the end of World War II and the 1960s.

Casey Bowser, archivist for the Sisters of Charity religious order in Greensburg, stumbled across Sr. Cyril’s story while searching for a new-old story to tell.

Her work on Aaron is featured in the Winter 2020-21 issue of Western Pennsylvania History, a publication of the Senator John Heinz History Center in Pittsburgh.

“So often, writers fall into the habit of telling the same well-known stories over and over again,” she said. “Many of the older stories get buried as we lose the people who lived them. When I found Sister Cyril’s story, I knew that it needed to be resurrected and shared with a new generation.”

Bowser said, “I began researched my article at about the same time that the Black Lives Matter movement was becoming more visible last summer. In a way, the timing was accidental. But I could not think of a story that was more contemporary than Sister Cyril’s.”

Sister Mary Cyril was born Winifred Theodosia Aaron near Crates in Limestone Township, Clarion County, finding her way out of small-town life by earning a degree from then-Clarion State Teachers College and then working as a stenographer and school teacher. But that portion of her life ended at the age of 24 when she found a religious vocation.

Despite being unable to afford the $250 tuition, Aaron entered the Sisters of Seton Hill in Greensburg, going on to establish and teach in Sisters of Charity schools in Homestead and East Liberty. Her brilliance in the classroom attracted the attention of her mother superior, who encouraged her to further her education.

Sister Cyril earned a bachelor’s degree in English and mathematics, followed by a master’s in sociology, psychology and educational administration. By 1926, she became a teacher at Seton Hill and eventually was named dean of the college, but there was an even broader horizon in front of her.

Completing a doctorate at the University of Pittsburgh in 1941, Aaron soon became a motivating force behind black civil rights and what would become the women’s movement.

“Society, gripped in universal convulsion, appears to be passing through one of those historical transformations during which man rejects the empire of one set of convictions and traditions and forges the way for a new world order,” she wrote in 1941. “The influence of woman in modern society is incalculable and illimitable.”

“Can you think of anything that speaks across the years better than that quote?” archivist Bowser said. “She wrote it 80 years before the Black Lives Matter movement.”

At the age of 55, Sister Cyril set out to stretch the limits of what would be called white privilege today.

The Sisters of Charity wanted to do more than provide a Catholic education to the urban poor in the Hill District. With generous donations of supplies from the Society of St. Vincent de Paul, the order established the House of Mary and began providing social services to all citizens of the area. Coal, rice, milk and similar everyday necessities found their way to the doorsteps of families in need.

Sister Cyril was instrumental in bargaining with city and county government on behalf of Hill District residents, as well as negotiating with hospitals for reduced fees and expanded prescription and home-health benefits. The House of Mary began transforming itself into a community, library and learning center for residents of all ages.

As the 1950s ground on, Pittsburgh urban redevelopment projects began to threaten the townscape of the mainly black district. With the tumultuous decade of the ‘60s barely begun, Sister Cyril suffered a disabling fall in 1964 while visiting one of her families. Out of action, she would not be there for them as the wrecking crews moved in to demolish homes and businesses.

Unable to walk, Sister Cyril was confined to the Sisters of Charity house in Greensburg for the last three years of her life, passing away in 1967.

While the former Winifred found herself out in the wider world for most of her life, her siblings tended to remain closer to home. One of her brothers, Bert, and his wife, Rose, made their home along Broad Street in South Bethlehem while raising children of their own. One son, Cyril, bore the name of his extraordinary aunt.

“All these years later, there are people who still remember Sister Cyril and her compatriots as they went door to door in the Hill District,” Bowser said. “Even then, it was a rough neighborhood, more so if you were a single aging white woman. But they carried more than supplies with them.”

For Bowser’s full story on Sister Cyril, Western Pennsylvania Magazine can be purchased by visiting www.heinzhistorycenter.org/publications/western-pennsylvania-history-magazine.

Brockway Borough Municipal Authority is accepting applications for a Position

Accepting Sealed Proposals Sealed proposals will be received by the