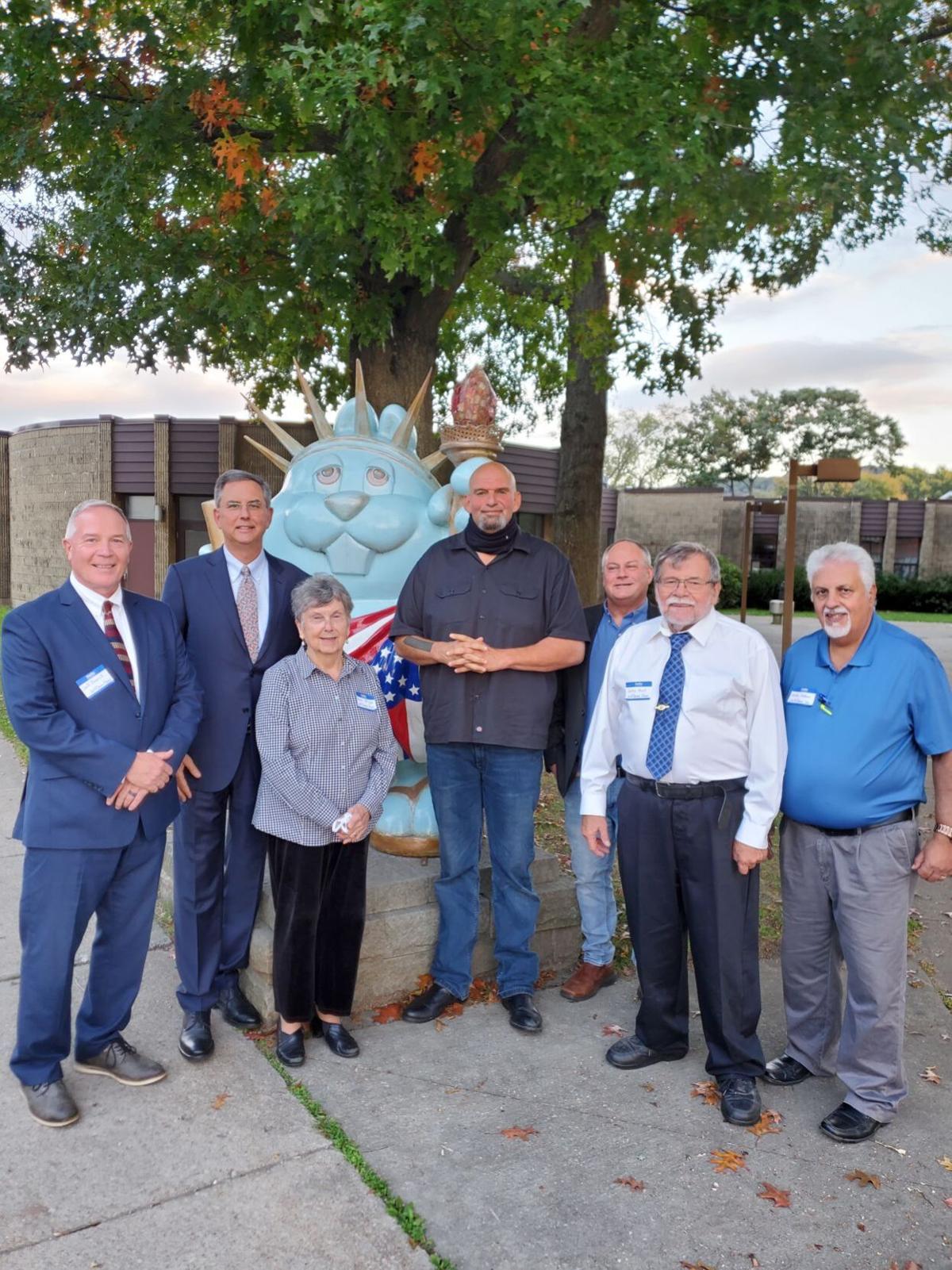 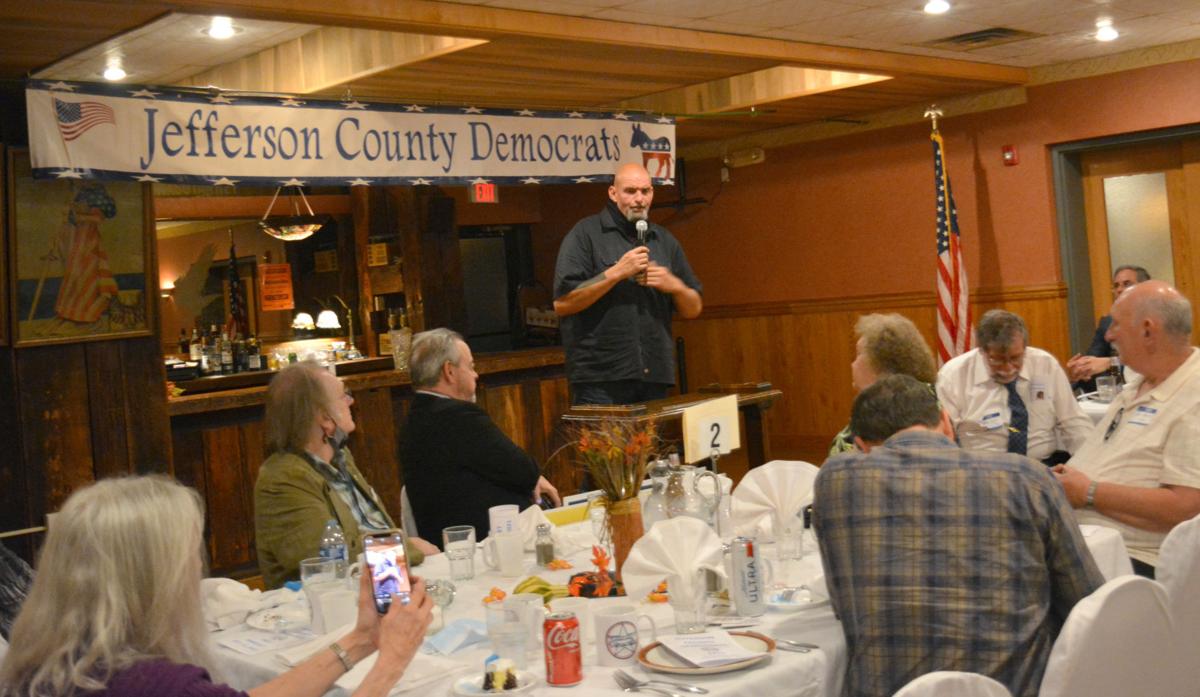 Lt. Gov. John Fetterman addresses the audience during the “meet the candidates” dinner held by the Jefferson Co. Democratic Committee on Tuesday at the Punxsutawney Eagles. 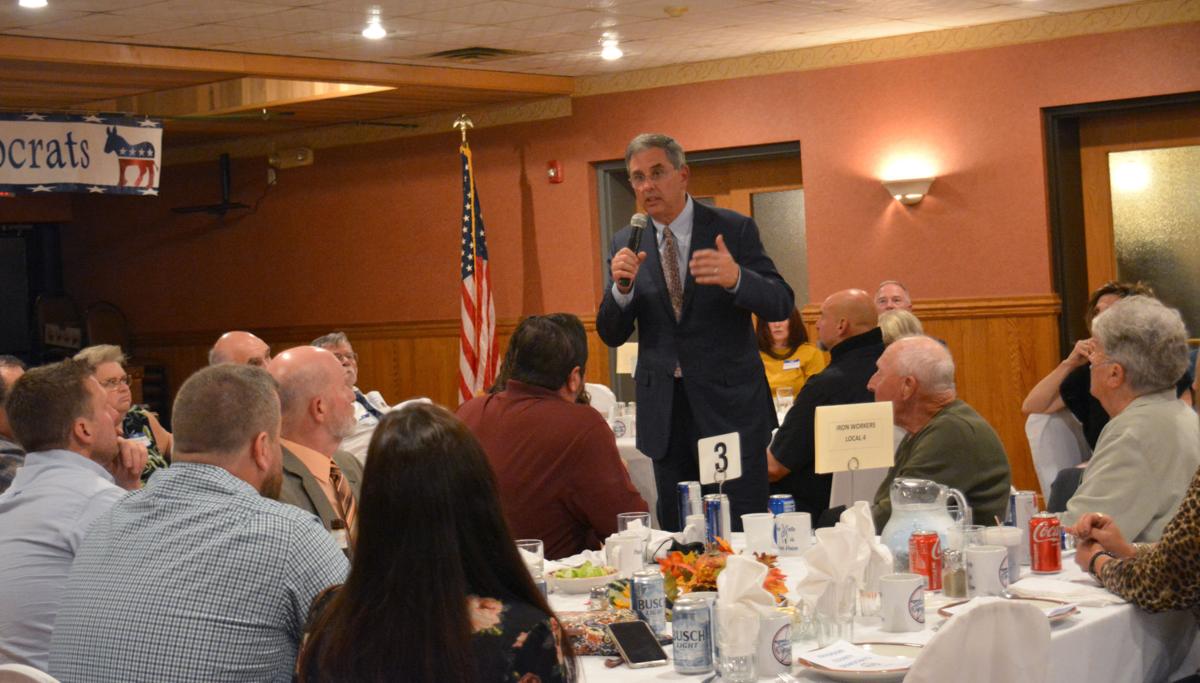 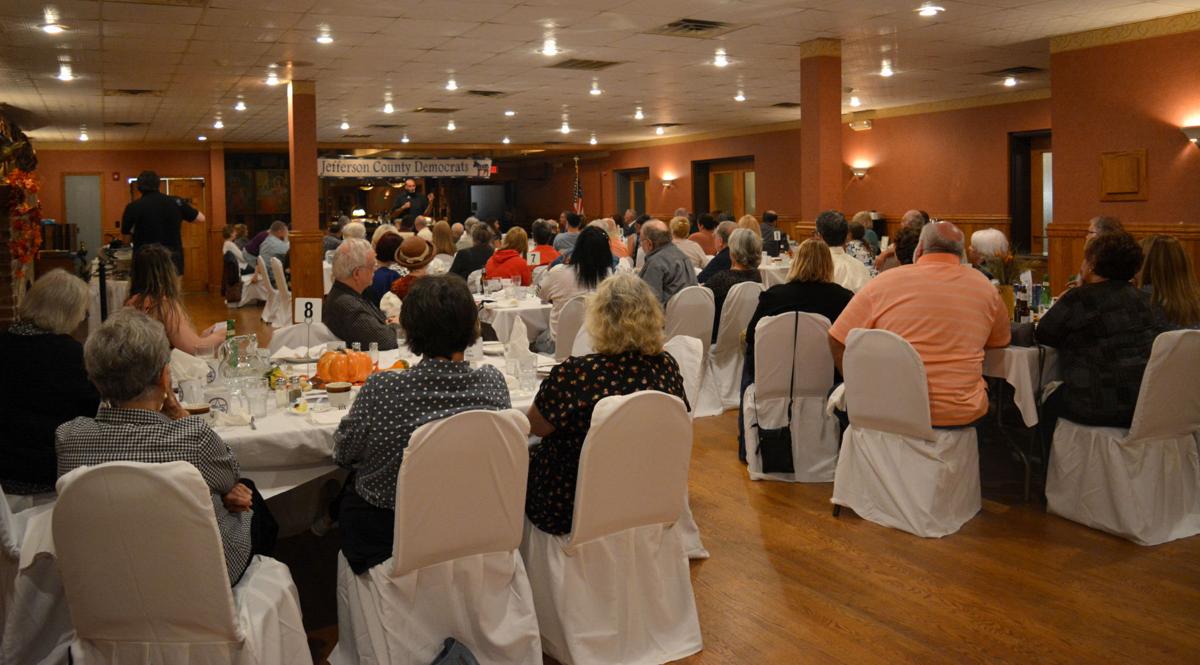 Lt. Gov. John Fetterman addresses the audience during the “meet the candidates” dinner held by the Jefferson Co. Democratic Committee on Tuesday at the Punxsutawney Eagles.

PUNXSUTAWNEY — The Jefferson County Democratic Committee welcomed political figures to the Punxsutawney Eagles Club on Tuesday, headlined by current Pennsylvania Lt. Gov. John Fetterman, who is running for one of the state’s U.S. Senate seats in 2022.

Fetterman was the keynote speaker of the event. The running theme of Fetterman’s speech was how difficult it is to be a Democrat in rural areas of the state, and how important votes from these areas are in elections.

Fetterman spoke about how he won his first election by one vote, sharing how important he feels every vote is.

He said he and other Democratic candidates are going after every reachable vote to them.

Irwin said he has big shoes to fill by running for Fetterman’s current seat in 2022, as he has transformed the office.

“It’s one that really matters… someone who’s going to be a partner to the governor, someone who’s willing to work hard, not just a show horse, but a work horse,” Irwin said.

Irwin shared that he is currently the chair of the US Civil Rights Commission of Pennsylvania, and has worked to end discrimination and preserve voting rights. In college, he said he worked under former Sen. Arlen Specter and would sit in on the Senate floor. He would offer his recommendation to the senator when he got there, saying he knows his way around the Senate floor from this experience, which the lieutenant governor presides over as their duty.

Many of his younger years were spent working for a Republican official, which he said taught him how to “find common ground.”

“I learned by working for these Republicans, how to reach across the aisle, how to find common ground, how to get things done. I don’t think anyone gets into government to do nothing, you get in there to make change,” Irwin said.

He finished by saying the most important thing people could do, other than voting, was encouraging other people to register and vote.

Beck then spoke to the crowd about the Democratic candidates for the state court seats, endorsing them for anyone who voted for her in the May primary. Beck ran unsuccessfully for a judge seat on the state Superior Court.

“Rural Pennsylvania… you guys were my heart of my campaign. You were so good to me, and what I need now is for you to take your energy, to take you passion and to care about these courts,” Beck said.

According to Beck, if Maria McLaughlin wins the election to the state Supreme Court this November, it will be the first time that the court will be majority women.

This was a major focus of the dinner, with Committee Chairperson John Huot opening the speakers section of the evening with some information about the judge seats up for election.

“We have four judges up for election this fall, in three weeks. These candidates are four Democratic judges will go on statewide courts, and each one of them will replace an outgoing Republican judge. This is very important,” Huot said.

“It’s a generational thing… it’s going to affect the makeup of the court for the next 20 or 30 years,” Huot said. “If you know anybody who may not vote because it’s an off-year election, impress upon them they need to complete their ballot.”