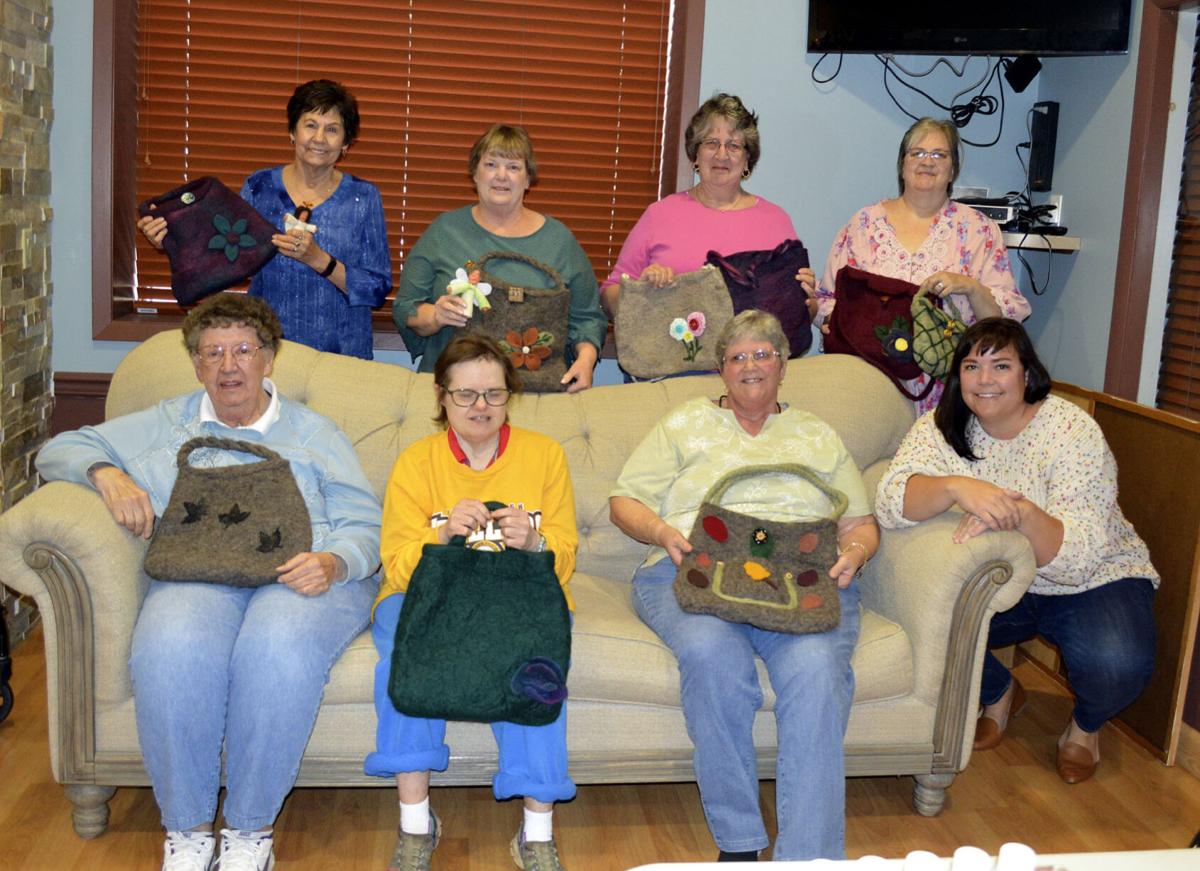 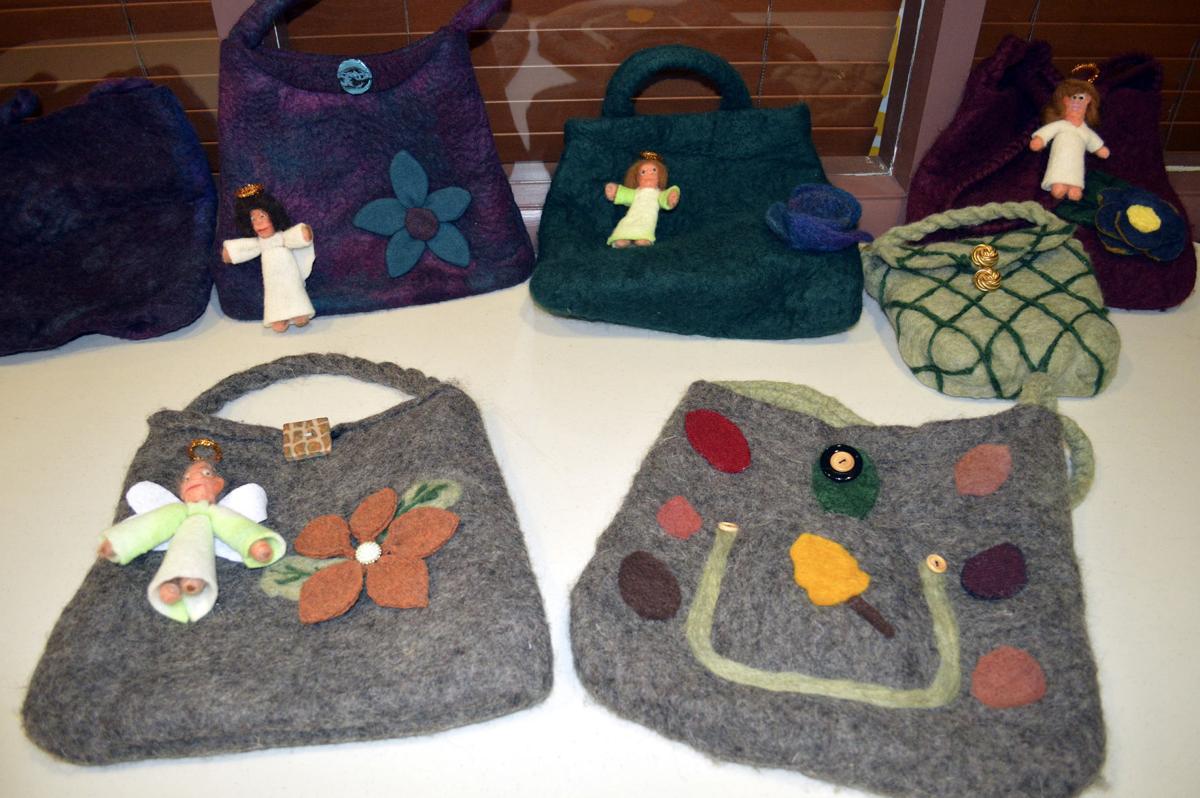 What began as little mounds of wool ended up as one-of-kind felt purposes, created during a workshop at Heritage House. 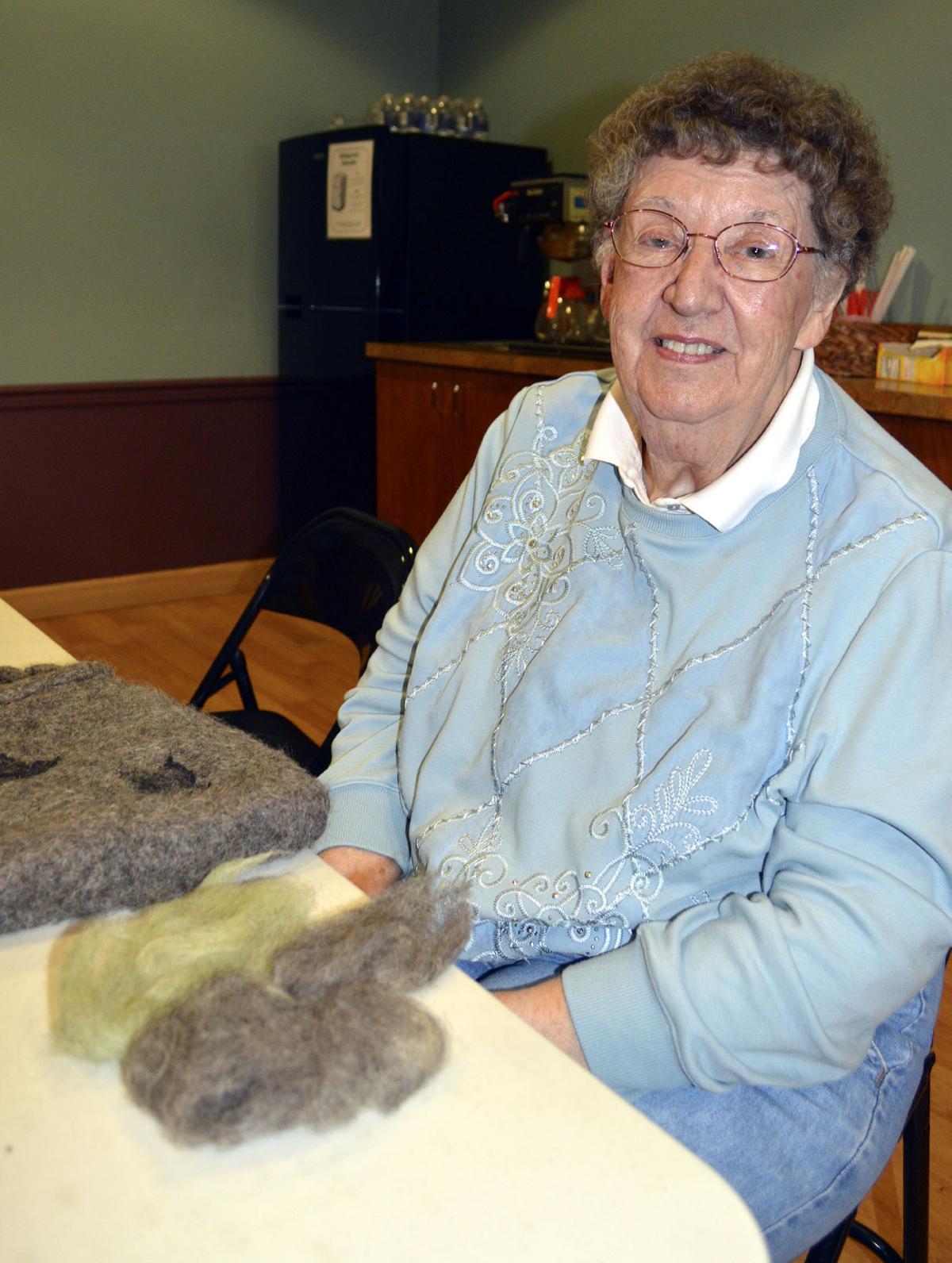 Shirley Emery shows how her piles of wool looked before she learned how to make a felt purse.

What began as little mounds of wool ended up as one-of-kind felt purposes, created during a workshop at Heritage House.

Shirley Emery shows how her piles of wool looked before she learned how to make a felt purse.

BROOKVILLE — A lot of laughter, a lot of learning and a lot of fun went into a 15-day program recently completed by eight women at Heritage House.

Under the guidance of guest artist Sandy Trimble, who lives in Indiana County, the women learned how to design and make a felt purse.

What they didn’t know was that they would be making their own felt from wool before they began designing their purses.

“It was such a shock,” Shirley Emery said. “We thought we were going to be working with ready made pieces of felt, and maybe just gluing them together.”

Jennifer Brocious agreed, saying, “We were in such total shock. We had no idea what we were doing. But it was something different to try.”

Cindy Davis said learning what the class was going to do “was a surprise. We were overwhelmed.”

They used a variety of wools to make their purses. Trimble said she “tried to get wools that stand up to be sturdy enough” for making purses.

But the women learned quickly and agreed they had a lot of fun. Ginger Santell said “the most amazing thing was how it went together without sewing. There was no sewing; all we used was a felting needle.” Others said, “a lot of us did a lot of ‘fixing’ at home.”

Once they had made enough felt from the mounds of wool, each woman designed her own purse and how she would decorate it. The workshop ended with a party, with a show-and-tell time.

Looking back over the class, Emery said, “It was really a nice surprise. This was really a lovely break.” She said along with the purses, new friendships also were made. “We really didn’t know each other. It’s been really nice to meet new friends.”

The group is already planning a project for next year, when they will explore three different techniques of felting scarves.

The purse-making workshop was funded through a grant from ArtsPath, who partners with the PA Council on the Arts. Trimble said she works with all age groups, both to build confidence and to teach new skills.

She has been working with Jefferson County’s senior centers for four years; this was her first visit to Heritage House.