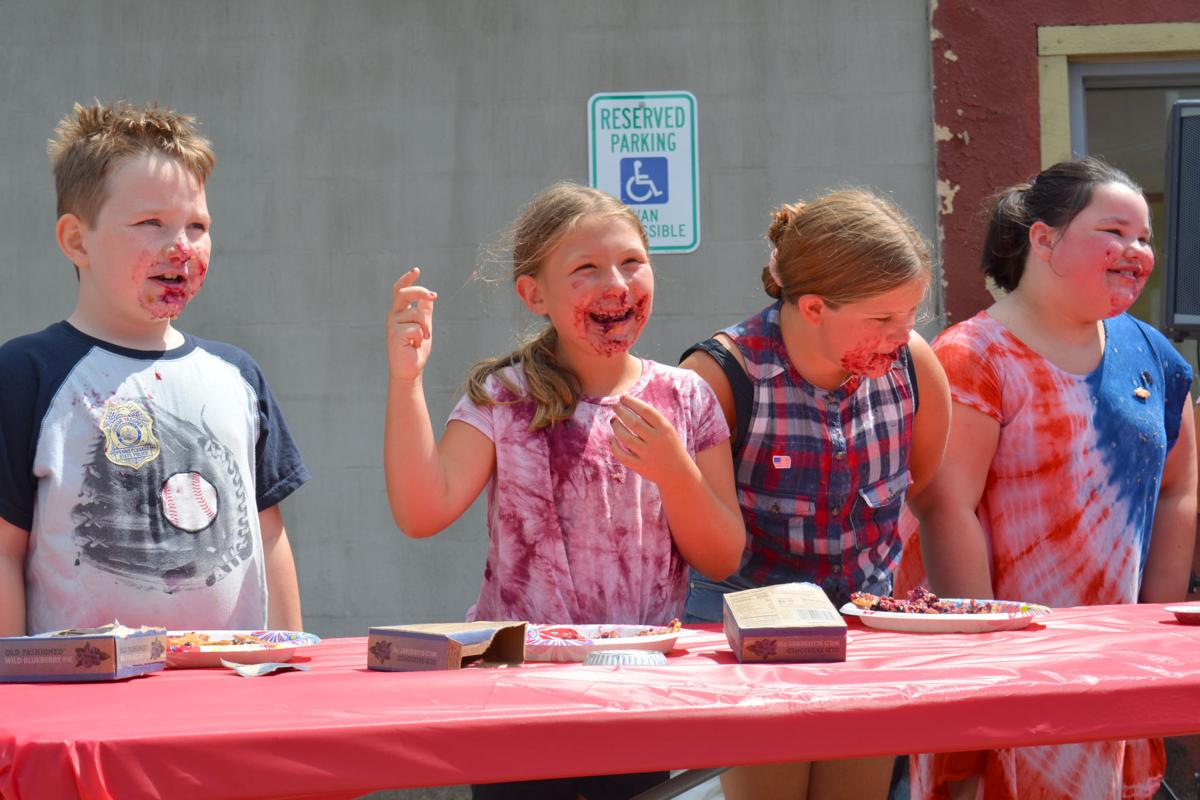 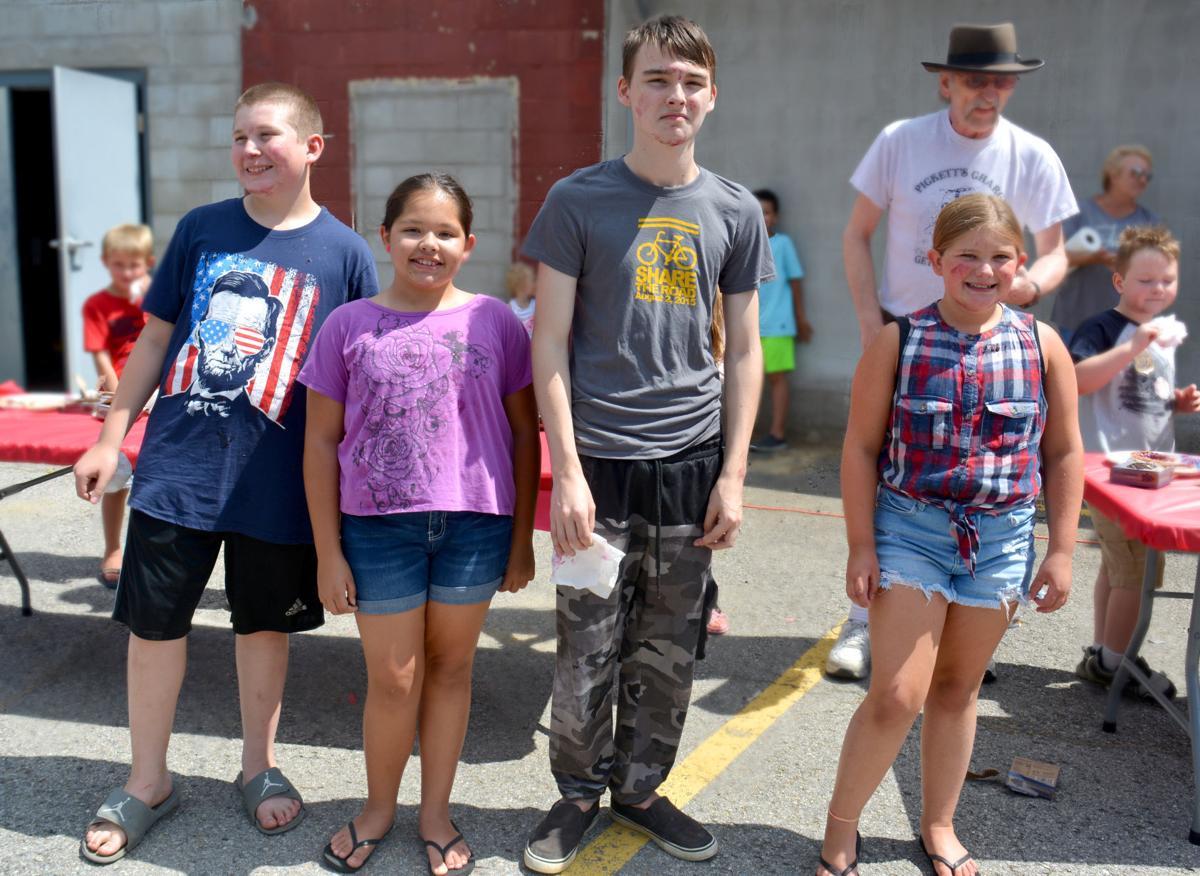 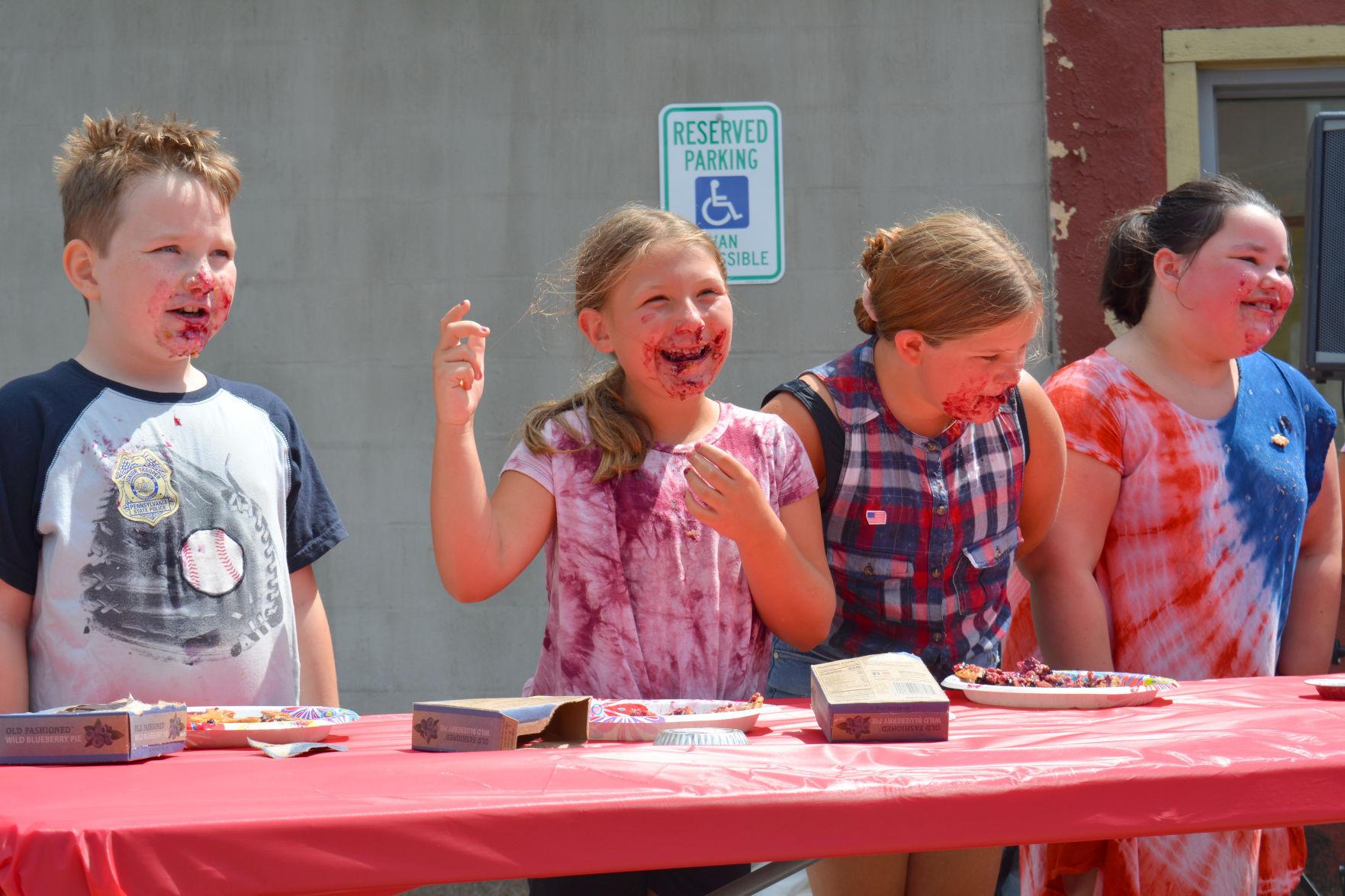 REYNOLDSVILLE — There was plenty of fun for children during the Reynoldsville Red, White, and Blueberry Festival, but the most anticipated event was the Children’s Pie Eating Contest.

Children went from the bike parade to the Reynoldsville Historical Society for the contest. The event was hosted by the historical society and sponsored in part by the society and Mike’s Bilo.

This year there was enough money donated to award four places with prize money. There were 20 children entered, maxing out the number of entries that could be accepted.

Each child was given two mini blueberry pies still in the box for the contest. Historical Society Director Gene Deible explained the rules. He counted down from three, and each child was allowed to use their hands only to remove their two pies from the boxes, then their hands had to go behind their back to eat.

“This is the most photographed event of the Red, White, and Blueberry Festival, so please have your cameras ready. Halfway through the event we will ask the contestants to stop eating, at which point they will pose for the most blueberry covered faces you’ve ever seen,” Deible said.

He told the children not to worry about where the boxes or pie tins went, and to just get right to eating.

The children dove into the pies all trying to be one of the first to finish. As promised, partway through the contest all the children were halted so parents and onlookers could take photos of all the pie covered faces.

After the photos, the children were right back into the pie.

Deible thanked all the children for participating at the end of the contest, and awarded the prize money for this year’s contest.