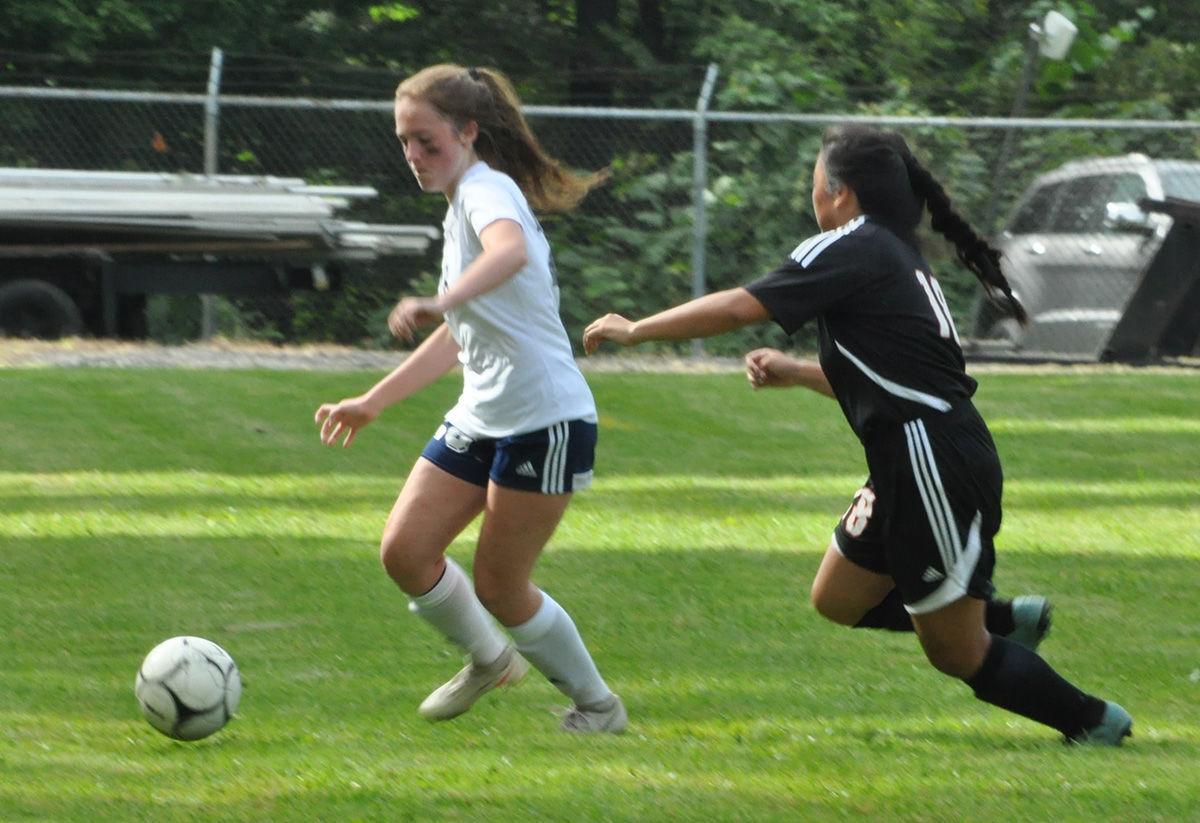 Brookville’s Alayna Haight (left) scored two goals and assisted on the other in the team’s 5-3 season-opening loss at Clarion last Friday. 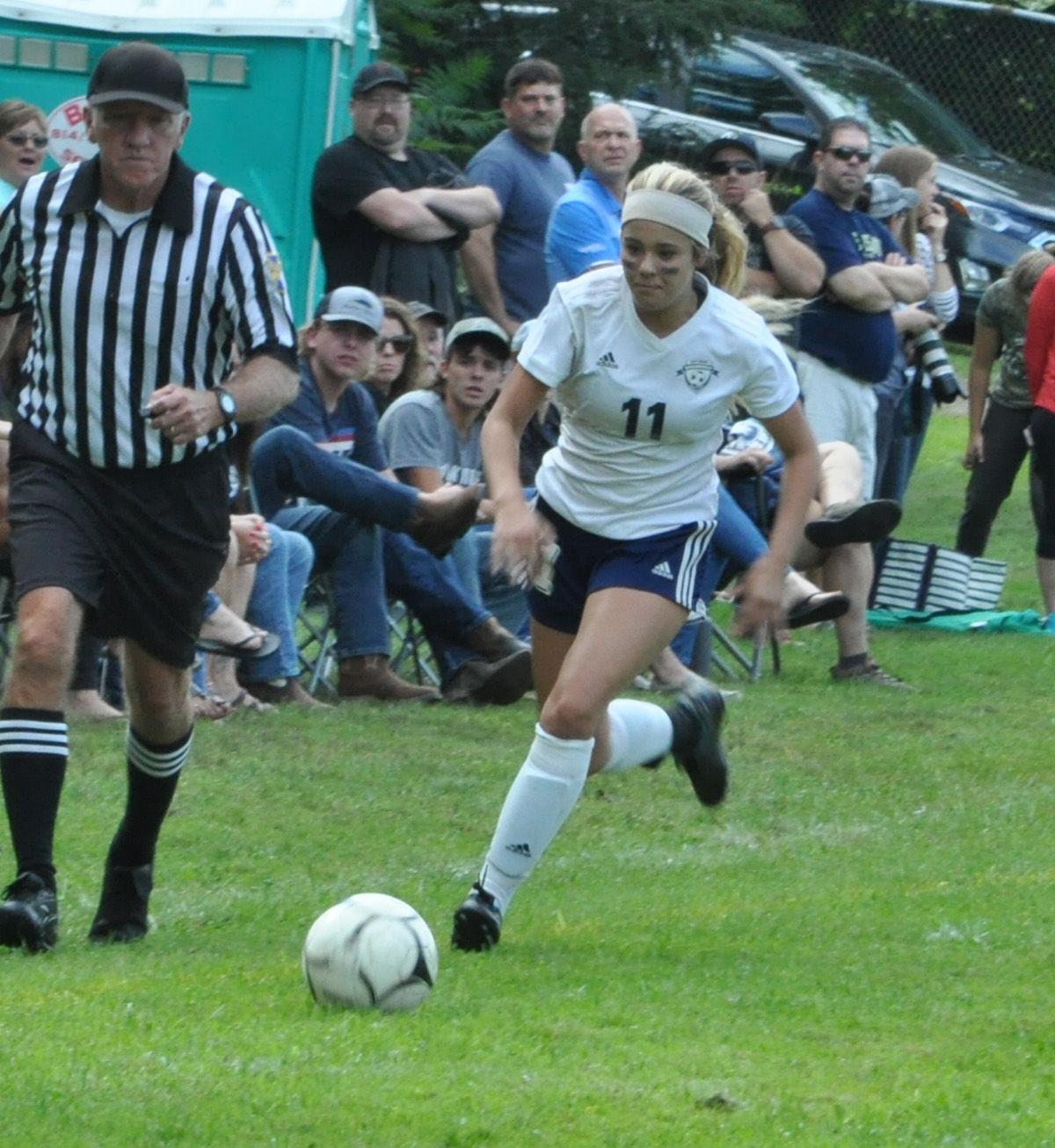 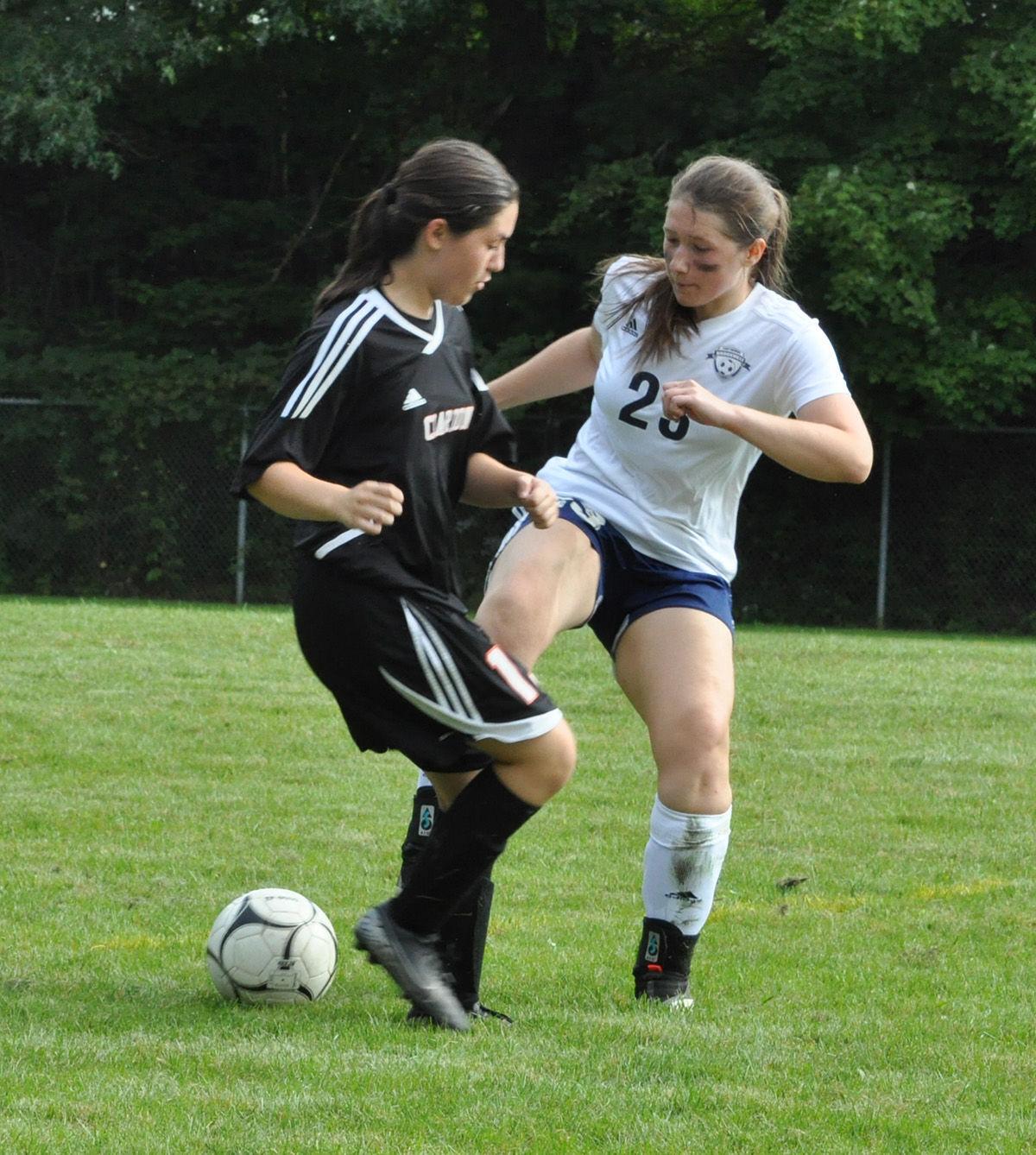 Brookville’s Alayna Haight (left) scored two goals and assisted on the other in the team’s 5-3 season-opening loss at Clarion last Friday.

KERSEY — Opening the season at the Bucktail Tournament in St. Marys, the Brookville Raiders soccer team finished 0-2 with losses to St. Marys and Kane.

In the loss to the Dutch, Brad Fiscus scored two goals and Austin Brosius added another with Steve Plyler assisting on all three scores.

Raiders goalkeeper Brody Barto was named to the All-Tournament team.

Thursday, the Raiders visit Brockway for a 5 p.m. in the first game of a varsity doubleheader with the girls. Saturday, it’s a doubleheader at home with Clearfield following the girls at noon.

At Clarion High School, the visiting Lady Raiders started their season with a loss in a game that saw seven of the eight goals scored in the first half.

Clarion led 4-3 at halftime and added a second-half goal to set the final. Alex Leadbetter and Lexi Coull each scored two goals with Clarion getting an own-goal as well off a Brookville player.

The Lady Raiders got two goals from senior Alayna Haight, who also set up Hannah Lundgren’s goal off a corner kick late in the first half to get within 4-3. Lauren Castellan assisted on one of Haight’s goals.

The Lady Raiders, who play five of their first six games on the road, visit Brockway Thursday for a 7 p.m. kickoff. Saturday, they host Clearfield at 10 a.m. Next Monday, it’s back on the road for a 4 p.m. matchup at Redbank Valley.