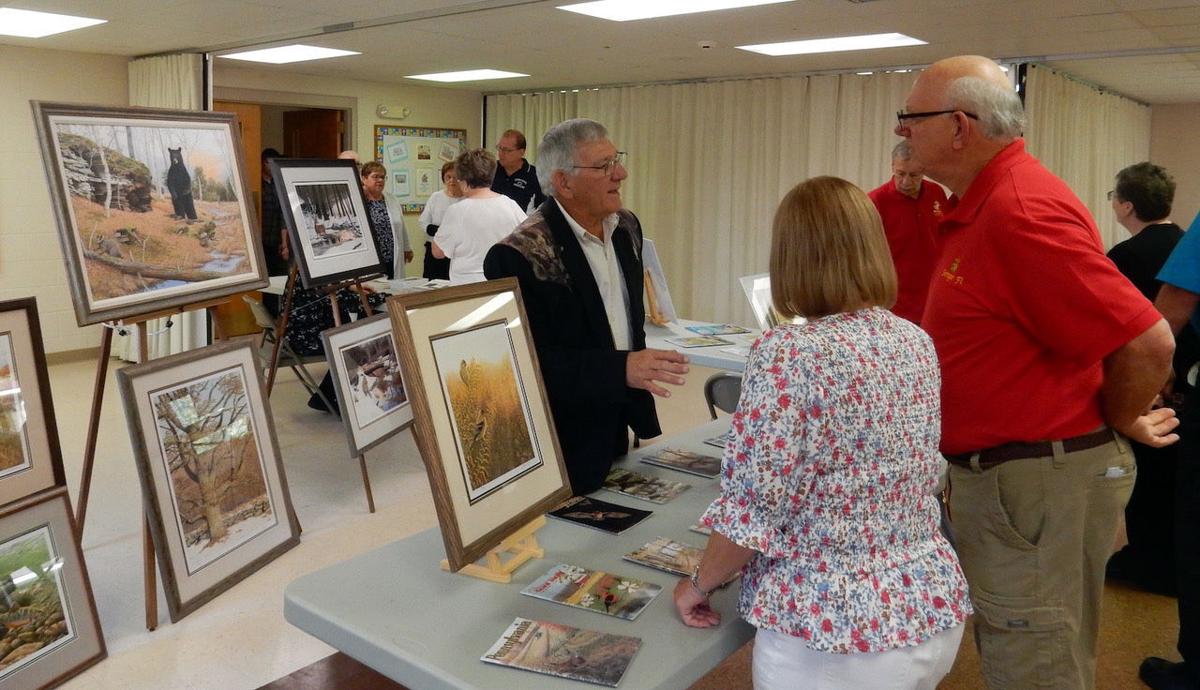 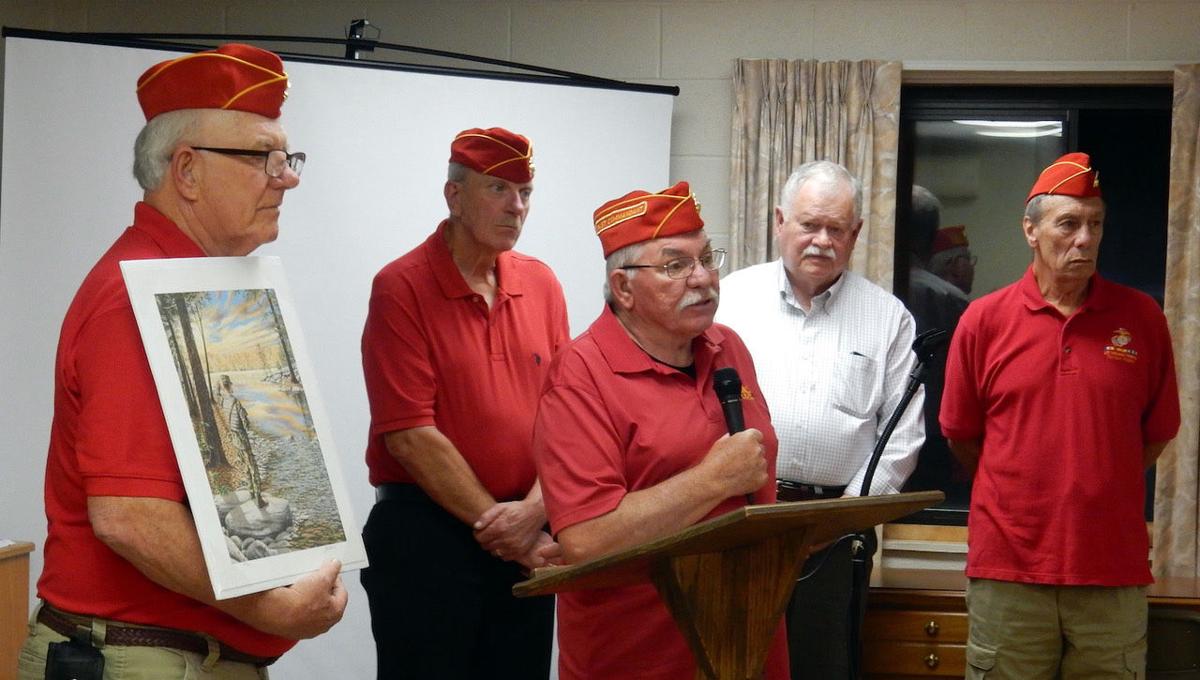 DuBOIS — It was a night of returns at the DuBois Area Historical Society’s 38th dinner.

First, the dinner was held for the first time since 2019 because of the COVID-19 pandemic. Eighty-two visitors and guests took advantage to attend the event held at Christ Lutheran Church.

Second, DuBois’ born and raised outdoors communicator Ken Hunter entertained and informed attendees, which included former teachers and classmates, with his presentation “Little Did I Know.”

“Little did I know what would happen in my life,” said Hunter. “I grew up on Spring Avenue and graduated from DuBois High School in 1965. I wanted to do something in the outdoors.”

The road to Hunter’s ultimate success went a different direction. He graduated from Clarion University of Pennsylvania with a degree in comprehensive social studies. He taught school for 10 years before leaving to pursue his passion of outdoor communications. By that time, he was married to DuBois native Sheila Boyer and freely admits he had no idea how he was going to meet that goal.

But, meet it he did. Hunter’s first published pencil art work was a grouse for use in the late Jim Ross’ outdoors column in The Courier-Express. Things blossomed from there. His art work would eventually appear on magazine and catalog covers including the pinnacle of these publications Sporting Classics magazine. “That cover was shown in a scene in the movie “Mrs. Doubtfire”,” said Hunter.

He also became involved in television. With no experience he was invited to co-host the prime-time ABC network program Pennsylvania Outdoors. “This was something for someone who didn’t want to give an oral report in a high school English class,” said Hunter.

Success took Hunter to the White House where he presented the original drawing of a bison commissioned by the National Park Service in honor of its 75th anniversary to First Lady Barbara Bush.

“God gave me the ability to do what I’m doing,” summed up Hunter, who is still active in his profession.

Finally, Hunter returned something special for his hometown. He donated a drawing “Final Farewell” depicting a hunter saying goodbye to a deceased military veteran to the Marine Corps League – 289 HCL Sgt. William L. Dixon Detachment of DuBois. The drawing will be raffled off to raise money for the annual Toys for Tots drive in DuBois. Attending and accepting for the local Marines were Dick Castonguay, Louie Gregori, Ray Hetrick, Bob Pernesky and Joe Woods.

Returning on Saturday, October 9, after a one-year absence due to the pandemic, the DuBois Area Historical Society will host the Thirteenth Spirit of DuBois Lantern Walk. The first tour leaves from the Society’s E. D. Reitz Museum, 30 W. Long Ave., DuBois, at 5 p.m. Additional walks will leave every 15 minutes starting. To make advance reservations for a specific walk time, telephone 814-371-4627 between 10 a.m. and 9 p.m., starting September 20. Tour groups will be limited to 20 people. Walk-ins are also welcome and will be assigned to the next available tour. The walk is a little less than a mile and will last a little over an hour.