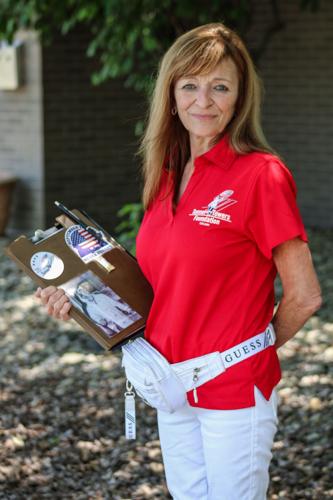 Debra Males Fairman is the project coordinator for the Tunnel to Towers 9/11 Never Forget Mobile Exhibit which is coming to DuBois for Community Days this weekend. As a volunteer with the foundation, Fairman was instrumental in bringing the exhibit to DuBois. She joined Tunnel to Towers in honor of her late father, Dick Males, who had 60 years of service with the city volunteer fire department. 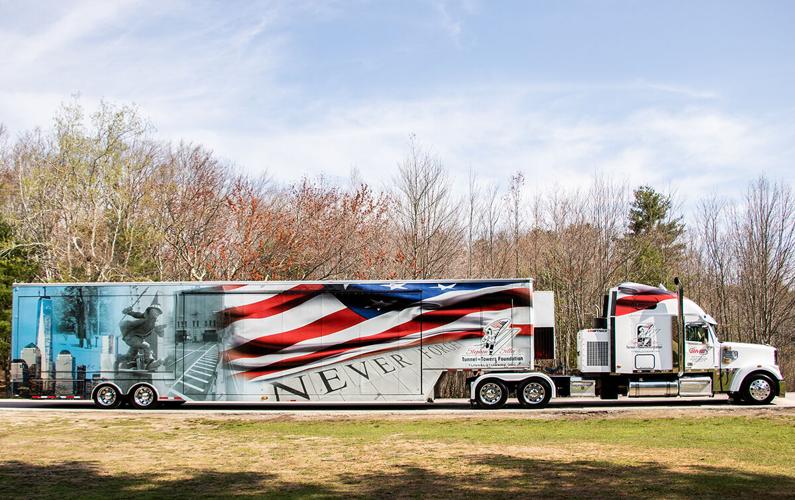 The Tunnel to Towers 9/11 Never Forget Mobile Exhibit will be a highlight of this weekend’s DuBois Community Days.

Debra Males Fairman is the project coordinator for the Tunnel to Towers 9/11 Never Forget Mobile Exhibit which is coming to DuBois for Community Days this weekend. As a volunteer with the foundation, Fairman was instrumental in bringing the exhibit to DuBois. She joined Tunnel to Towers in honor of her late father, Dick Males, who had 60 years of service with the city volunteer fire department.

The Tunnel to Towers 9/11 Never Forget Mobile Exhibit will be a highlight of this weekend’s DuBois Community Days.

DuBOIS — The Tunnel to Towers 9/11 Never Forget Mobile Exhibit, a tribute to all those who lost their lives on September 11, 2001, including the 343 members of the Fire Department of New York City (FDNY), will be one of the highlights of this weekend’s DuBois Community Days.

The high-tech, 83-foot tractor-trailer, which transforms into a 1,100-square-foot exhibit, will be escorted by area firefighters and police starting at 5 p.m. Wednesday on First Street, past the DuBois Harley-Davidson store, across Liberty Boulevard until reaching its destination at the DuBois City Park, where a welcoming ceremony will take place. The public is encouraged to line the streets for the escort parade.

“This is definitely a once-in-a-lifetime event for the City of DuBois,” said Debra Males Fairman, project coordinator. “Tunnel to Towers is a wonderful foundation and their purpose is to take care of first responders and their families, along with our military.”

Fairman, who was instrumental in bringing the exhibit to Community Days, said she joined the Tunnel to Towers Foundation about three years ago in honor of her late father, Dick Males, who had 60 years of service with the City of DuBois Volunteer Fire Department.

“He was my everything, that’s why I do what I do,” said Fairman about her father. She recalled how she and her sisters had planned a surprise party for their father in conjunction with the Firemen’s Week competitions to celebrate his 60 years of service to the fire department. When he passed away unexpectedly earlier that month at the age of 78, they decided to proceed with the party as a celebration of his life.

The loss of her father was devastating, said Fairman.

“He was just never supposed to die. I mourned him badly. With help, I was able to pull out of that mourning and turn it into honoring,” she said.

In addition to being a donor for Tunnel to Towers, Fairman started volunteering for the foundation, which was started by the Siller family to honor the memory and carry on the legacy of their brother, Stephen, a New York City firefighter (FDNY). Stephen Siller lost his life on Sept. 11, 2001 after strapping 60 pounds of gear to his back and rushing on foot through the Brooklyn Battery Tunnel to the Twin Towers, where he gave up his life while saving others.

“What they (Tunnel to Towers) do is they take care of our military and our first responders, if you are a firefighter, a police officer, a paramedic, an EMT, and, of course, a military person and you lose your life in the line of duty they step in,” said Fairman. “They pay off your mortgage. They put your children through college. They make sure that the family is taken care of.”

In November 2021, Fairman said she was invited to be a reader at the Lincoln Memorial on Veterans Day.

“What we did is we read every one of the soldiers who were killed in Iraq and Afghanistan from the War on Terror after 9/11, and it was live in front of 3.3 million people,” said Fairman. “I’m just little Deb from DuBois, and here I am standing at the Lincoln Memorial on Veterans Day. It was the biggest honor. And that’s where the volunteering started.”

Over the years, Fairman said she has gotten to know people within the Tunnel to Towers foundation.

“I have become very good friends with the 9/11 Never Forget Mobile Exhibit, the person in charge, her name is Jackie Eaton,” said Fairman. “I made a phone call, and I say, ‘How do I get the exhibit to come to do DuBois, Pennsylvania for Community Days?’ And this was last August. And it was on from there. They sent me all of the information.”

From there, Fairman contacted city Manager John “Herm” Suplizio and he was very interested, along with other members of the fire department.

The 9/11 exhibit, which is being sponsored by the City of DuBois, Penn Highlands Healthcare, Varischetti Holdings LP and Miller Home Furniture and Mattress, will be at Community Days both days, from 5-10 p.m. Friday and Saturday from 11 a.m.-10 p.m.

“Along with the exhibit comes three New York City firefighters who survived the tower collapse at 9/11,” said Fairman. “And they’re here to tell their story as well as do the tour of the exhibit.”

About a month ago, Fairman said Eaton asked if they (Tunnel to Towers exhibit) could come early and film a nationwide commercial and an educational documentary to be made available to every school in the U.S., and of course Fairman agreed.

“They’re both retired, but they were in charge of 9/11 at Ground Zero,” said Fairman. “They’re the top of the chain at the New York City Fire Department ... and they’re coming here to our little town of DuBois. They’re going to be the narrators of the educational documentary that will be filmed.”

“When the actual New York City film crew gets here Wednesday, they have a timetable where they will be out placing cameras strategically in different areas to catch the escort parade,” said Fairman. “I’ve been putting up posters. We want people to come out. It’s going to be a wonderful event.”

The 9/11 Never Forget Memorial Exhibit provides interactive education, including artifacts such as steel beams from the towers, documentary videos, and recordings of first responder radio transmissions. The mobile exhibit, which has traveled to nearly 30 states and Canada, has welcomed in more than 350,000 people to date.