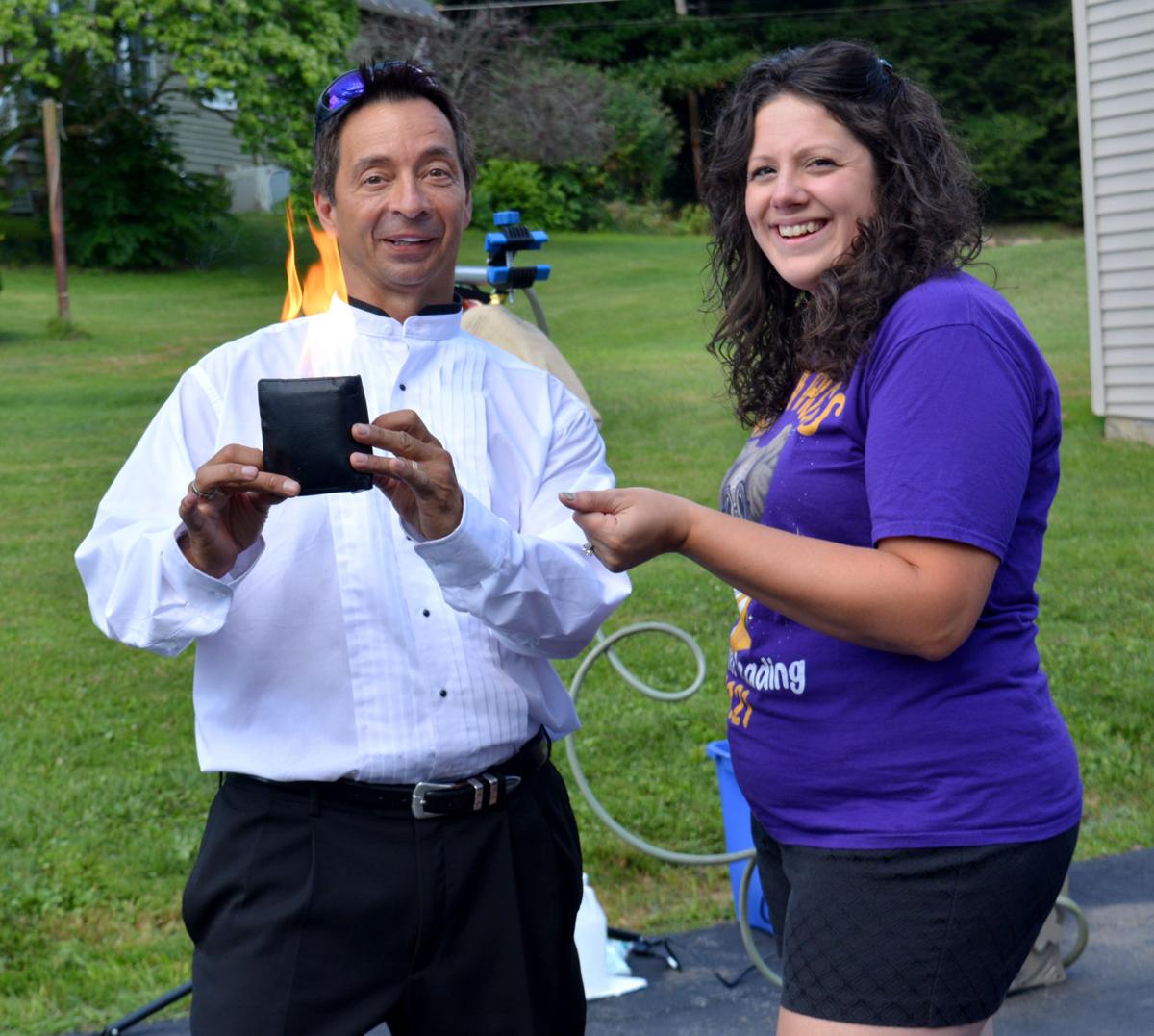 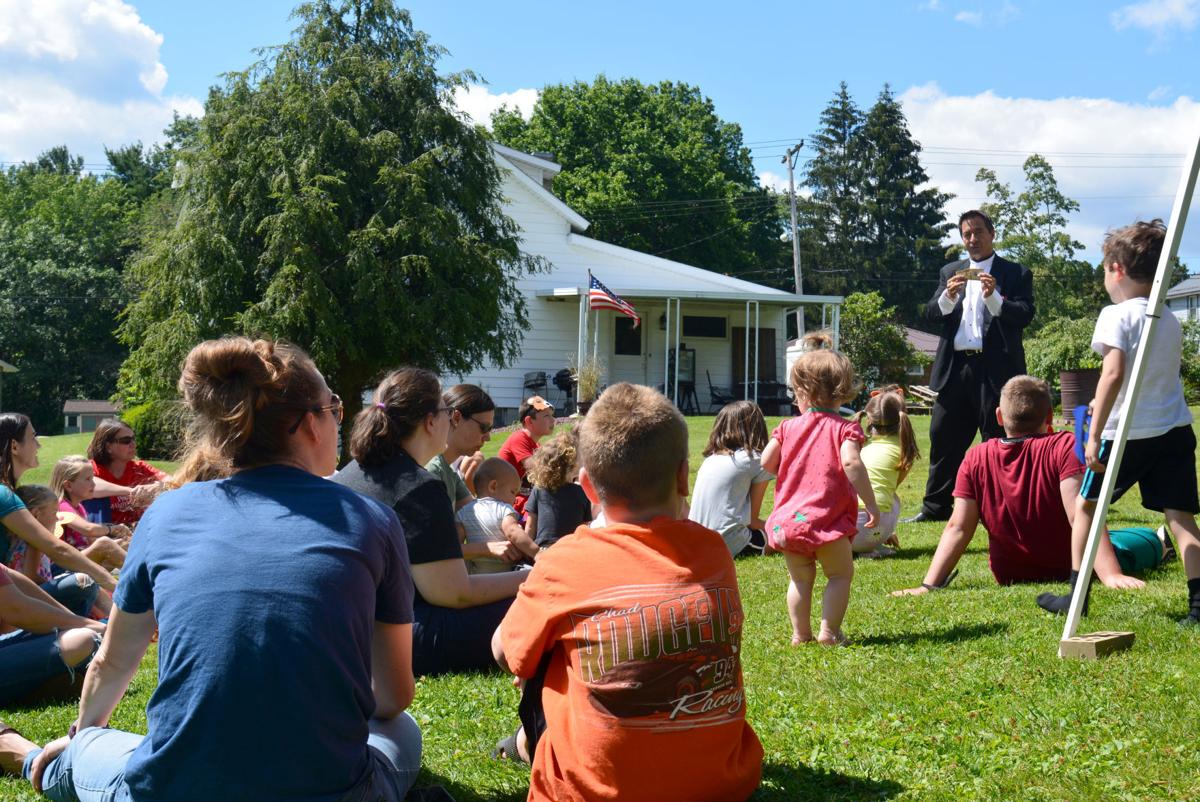 Michael “Michaelangelo” Gigliotti performs a magic show for children and families at the Rebecca M. Arthurs Library in Brookville. 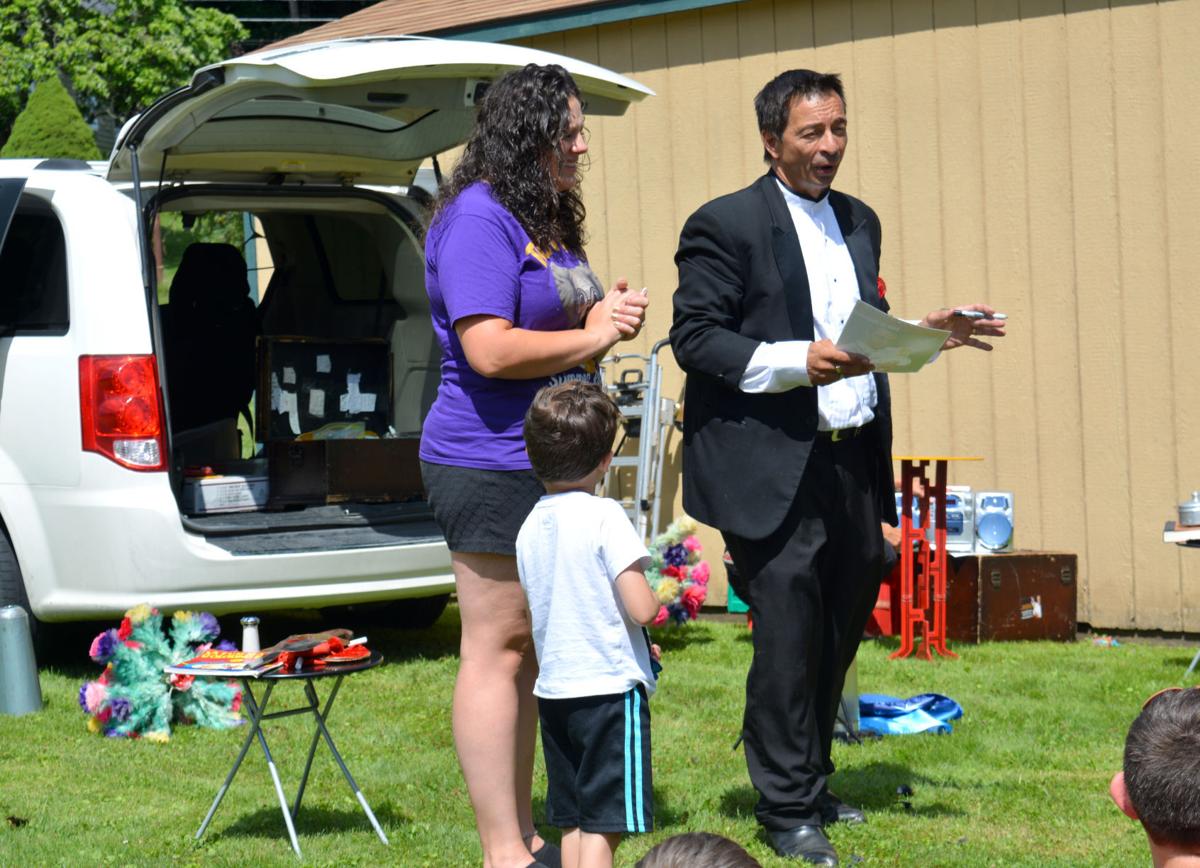 Michael Gigliotti addresses the children in the audience of his show to encourage them to find the magic in everyday life and the magic that happens around them to conclude his show at the Rebecca M. Arthurs Library.

Michael “Michaelangelo” Gigliotti performs a magic show for children and families at the Rebecca M. Arthurs Library in Brookville.

Michael Gigliotti addresses the children in the audience of his show to encourage them to find the magic in everyday life and the magic that happens around them to conclude his show at the Rebecca M. Arthurs Library.

PUNXSUTAWNEY — Local talent “Master Magician Michaelangelo” has won awards for his performances and made it to the big stage of Caesars Palace in Las Vegas, but still makes time for local performances around the area.

Michaelangelo, known locally as Punxsutawney native Michael Gigliotti, was first introduced to magic when he was in the first grade. His class took a field trip to see a magician, which he missed.

“They all said this magician made things disappear and tore a newspaper and restored it and I wondered what it was about,” Gigliotti said.

Not wanting to miss out on what his classmates were talking about, his teacher directed him to a book in the school library detailing some of the magic tricks they saw. His teacher then tasked him with performing the “torn paper” trick.

Gigliotti mastered the trick from the book and performed it for his class.

“Everybody gathered around me, I tore a newspaper and restored it and that was my form of communication. All the kids gathered around me and said ‘that’s what the magician did!’ and that’s kind of the same expression I see today when kids see the magic that I do,” Gigliotti said.

Since then, he has learned all facets of magic and performs little sleight of hand tricks to daring straight jacket escapes. He has traveled nationally and internationally, performing his shows for locals and celebrities in major cities and small towns, and everything in between.

He performed at a magic convention where he won first place in the Midwest. He has performed at Caesars Palace in Las Vegas and the Magic Castle in Hollywood, California.

Gigliotti is still well known locally, making time to perform around the area. Most recently he had two shows, one at the Joseph and Elizabeth Shaw Public Library in Clearfield and one at the Rebecca M. Arthurs Library in Brookville.

“You’ve got to love the expressions on the children’s faces when they’re watching a magic show, but they’re there to learn to read or learn to do other things with summer school or library summer events,” Gigliotti said.

His show was one that kept the children entertained as well as the parents with his jokes and fun. He said he loves performing in this area, and that Pennsylvania is a great state for entertainment.

He said he loves libraries and thinks reading is so important. He ended his show with a message to the children to find the magic in everyday life by listening and watching the world around them.

Gigliotti has an entire entertainment business that he runs, Magical Entertainment and Party Rental, offering bouncy castles and other party rental items for a full scale party. His website is mikescomedymagic.com to see all he has to offer.