Skip to main content
You are the owner of this article.
Edit Article Add New Article
You have permission to edit this article.
Edit
Our Network
Home
News
Sports
Obits
Multimedia
Opinion
Living
Classifieds
+ More
Share This
1 of 2 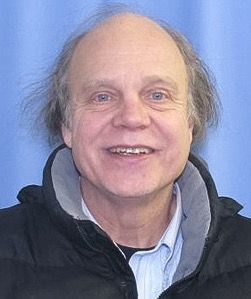 CLARION — A Clarion-based psychiatrist, convicted of multiple counts of distributing controlled substances and having inappropriate relationships with patients, was sentenced to 11-22 years in prison Wednesday.

The sentencing of Dr. Thomas Radecki, now 70, involved nearly two hours of statements from Radecki and law enforcement, who painted a picture of the impact the doctor's rampant and reckless prescribing habits had on the communities he practiced in.

At the height of his operation, Radecki operated four clinics under the business name "Doctors and Lawyers for a Drug-Free Youth." Nothing short of an empire, according to law enforcement, the business served nearly 1,000 people with clinics in Clarion, Venango, McKean and Clearfield counties.

In asking law enforcement about the impact ofRadecki's practice on the region, officers were quick to say that towards the end of 2011 and into 2012, the doctor's practice was ramping up the amount of Subutex and Suboxone on the streets to overwhelming effect.

Both drugs, which stave off withdrawal from opioids, are often used in conjunction with drug treatment.

During testimony Wednesday, Clarion Borough Police Officer William Peck said before Feb. 8, 2011, he had never made an arrest involving Suboxone or Subtext.

The person he arrested that day was a patient of Radecki and has since died of an opioid overdose, the officer said.

Radecki has operated his office in a residential neighborhood off of Main Street in Clarion, and Peck said he received many calls from frustrated residents who were concerned about the drug activity around their home, needles found outside the office, and the ever-plummeting value of their homes.

"There's four different professionals in this courtroom today the community has trusted – attorneys, police, judges and doctors. He violated that trust," Peck said looking at Radecki. "I'm asking you to hold him to a higher standard."

A representative of the state police's vice unit said that in the area of Jefferson, Clearfield and Clarion counties Subtext and Suboxone had become as commonplace as marijuana during the time Radecki's practice was open.

With most arrests associated with the drugs, Radecki's name would surface.

Clarion County District Attorney Mark Aaron said the majority of criminal drug related activity for several years was a result of the drugs Radecki was prescribing. Aaron explained that of those who funneled into Radecki's practice some were seeking psychiatric help while others were seeking pills. Both ended up addicts.

Aaron explained the addictions that were created or fostered by Radecki's practice have since morphed into the methamphetamine problem that exists across the region.

"An addiction bomb went off in Clarion County," Aaron said. "We're still dealing with the effects of the actions of Dr. Radecki to this day."

During its statements, the Attorney General's Office called to the court's attention the story of one of Radecki’s patients, one of the nine women who was taken advantage of by the doctor.

Senior deputy Attorney General Mark Serge said the patient, a Registered Nurse with a promising future, went to Radecki for psychiatric help and left an addict.

He prescribed her Suboxone for a shoulder injury.

"He created an addict," Serge said."Radecki talks of scientific studies, another woman said the patients were used as guinea pigs."

During his time in front of the judge, Radecki stood shackled and cuffed in an orange jumpsuit, awaiting his sentence. He has been remanded to Clarion County Prison for the past 36 days since the jury handed down its guilty verdict.

Radecki said simply to the court that he never intended to break the law but was helping people get away from their opioid addiction and painted a picture of himself as a meticulous practitioner who immersed himself in reading thousands of studies before prescribing patients.

"I never prescribed a pill I didn't sincerely think wouldn't be helping patients out and I never pressured patients to do anything in exchange for treatment," Radecki said.

"My patients really did have good outcomes...we're dealing with a difficult disease."

Radecki's wife, who spoke in his defense, said her husband worked "incredibly long hours and it damaged the marriage because he was far more interested in helping his patients."

She also pleaded with the judge to allow Radecki to skirt prison time, saying that remaining in the community would be humiliation enough for him and his whole family.

"At no point did I think I was breaking the law or doing anything but helping patients out," Radecki added.

While Radecki attempted to present numerical data to support the success rate of his patients, Clarion County President Judge James Arner would hear none of it, saying that in the years of pre-trial conferences and during Radecki's testimony he has welcomed evidence of success in the doctor's program which Radecki had refused to provide.

The only apology he ever made to the court was for having a sexual and business relationship with one of his patients which resulted in the birth of a child. One of the 12 counts against him is attributed to her.

Despite Radecki and his counsel's request for a probationary or concurrent sentence, Arner handed down the 11 to 22-year term Wednesday.

He also sentenced Radecki to pay out the $430,000 in liquid assets associated with his practice as fines for the charges against him.

When the gavel dropped, Radecki was charged to be sent on to the State Diagnostic Classification Center in Pittsburgh for his "life sentence" to begin.

He was convicted in April, following a 10-day jury trial and nearly 12 hours of jury deliberations in Clarion County Court.

He was found guilty on nine counts including administering controlled substances by a practitioner, conspiracy, dealing in proceeds of unlawful activity, and corrupt organizations.

In 2011 and 2012, Radecki was investigated by a number of law enforcement agencies for his prescribing, dispensing, and billing practices while operating four offices, including Suboxone and Subtext maintenance programs in Clarion, Seneca, DuBois and Kane.

Following that investigation, Attorney General Kathleen Kane identified Radecki as the largest purchaser and distributor of Subutex in the United States.

In 2012, Radecki voluntarily surrendered his medical license to the Pennsylvania Board of Medicine as a result of the investigation.

Twenty years earlier, in March of 1992, the Illinois Department of Professional Regulation had revoked his medical license for a five-year minimum as a result of his "engaging in immoral conduct of an unprofessional nature with a patient."

He was arrested in Pennsylvania, after relocating here, in August 2013 following an investigation by the Office of Attorney General's Bureau of Narcotics Investigation and Medicaid Fraud Control Section, as well as numerous other law enforcement agencies.