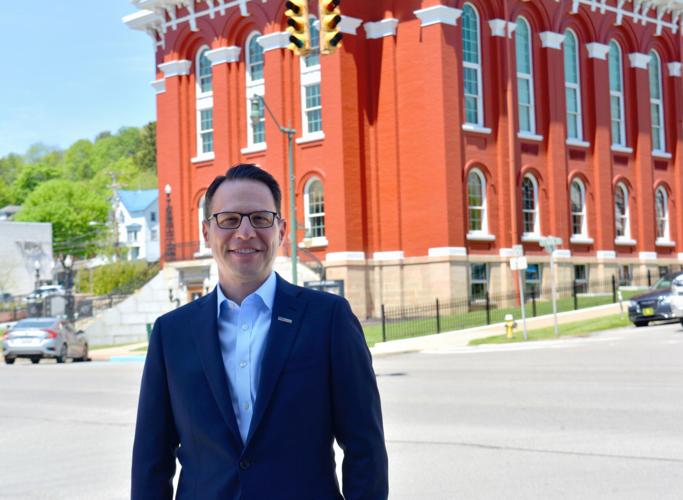 Pennsylvania Attorney General Josh Shapiro stands on Main Street in Brookville after visiting the town on his way through to Clarion for a campaign rally for his run for governor. 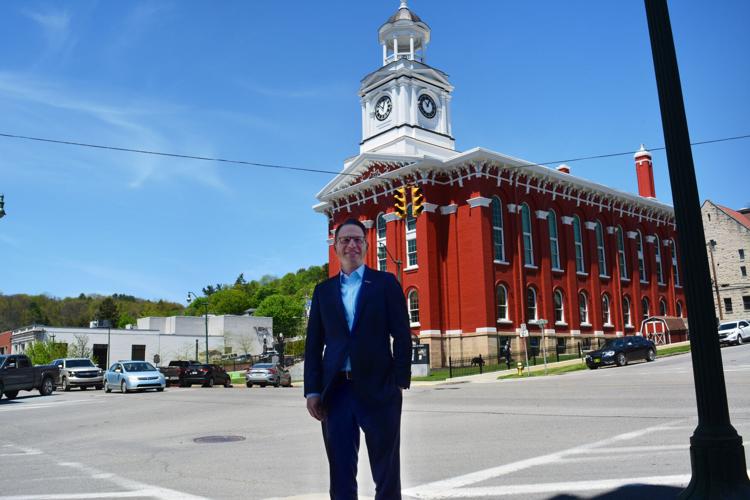 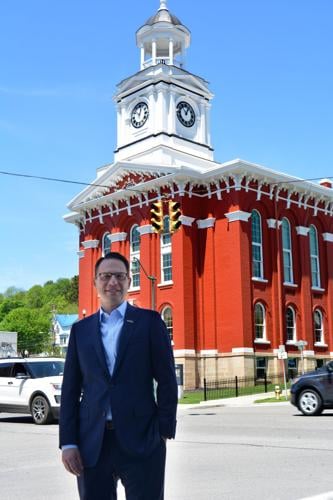 Pennsylvania Attorney General Josh Shapiro stands on Main Street in Brookville after visiting the town on his way through to Clarion for a campaign rally for his run for governor.

BROOKVILLE — Pennsylvania Attorney General Josh Shapiro visited Brookville Wednesday on his way through the area leading up to next week’s primary election. Shapiro is running unopposed on the Democratic ticket for Pennsylvania governor.

Shapiro shared why rural Pennsylvanians should consider voting for him, saying they need a candidate that cares about all parts of the state, rural areas included. He said in his time as the attorney general, he’s been to the area many times, and to all 67 counties for one reason or another.

“I think if you’re going to be a public servant, here in Pennsylvania, you have to care about all parts of Pennsylvania. And for me, I’ve always taken on big fights and been able to deliver real results. For folks here in Jefferson County, and across rural swaths of Pennsylvania...I know what we need to do to try and improve lives here. We’ve got to make sure that we can keep access to healthcare, expand broadband. Make sure everybody’s connected to the internet,” Shapiro said.

Another point he spoke on was the need to create jobs in “communities like this.” He believes there needs to be more vocational, technical and computer training in high school classrooms.

In speaking about Jeff Tech, Shapiro said he would like to see more schools modeled after it, and encourage more access to vocational programs in high school years. On the same token, he said those who want to attend college for further education should be able to, and said it should be made more affordable.

“Not just here, but all across Pennsylvania, to help young people be prepared for the jobs that we need to fill now and I think all those things together are going to help us improve lives in these communities,” Shapiro said. “If a young person wants to go to college, great, we need to help make that more affordable. But if a young person wants to graduate and go into the workforce and be a welder, or a plumber, or an IT person, we should excite that passion in their high school years and help them get into the workforce and earn a good living.”

He is also in favor of removing standardized testing from schools and giving that time back to classroom time.

He said he wants parents to have the choice on where to send their children to school, but said it needs to be a “fair deal” to the taxpayers.

“Too many of these cyber charter schools are just draining money from the system at a rate that is not fiscally responsible. And so while I don’t deny that funds need to go to those schools, it should not be at the same level as a brick and mortar school,” Shapiro said.

Knowing the area has a mostly Republican voter base, Shapiro said he is confident he can secure votes here because he has outperformed all other Democrats in rural communities in past elections. He is confident the people of Jefferson County will see his track record of delivering to the community.

“They’ve seen me standing on the courthouse steps, busting drug dealers, they’ve seen me bring back millions of dollars to this community in the opioid settlement that’s going to help people get treatment. They’ve seen us take on student lenders and return millions of dollars back to people in these communities. They’ve seen me take on the most powerful organization on the planet, the Roman Catholic Church, when they were abusing children in this region. And they know that I’m someone who they can have faith will take on big fights, and deliver real results,” Shapiro said.

On the topic of the drug epidemic, Shapiro said he plans to take his experience as the AG and commit more money in his budget to drug treatment, and as governor he will have more tools at his disposal to address the issue.

“I recognize that we can’t arrest our way out of this crisis. And that we need more resources for treatment,” Shapiro said.

He also said he believes the government needs to keep guns out of the hands of criminals. He said hunting is a “great part of the heritage of Pennsylvania,” and that there is nothing to worry about regarding gun rights with him as governor. He is in favor of universal background checks to purchase a gun.

“As attorney general I’ve seen too many criminals get their hands on guns. And so what I support is just simply requiring universal background checks. I think we can all agree that we should want to keep guns out of the hands of criminals,” Shapiro said.

He also weighed in on a topic important to the region — PennDOT’s proposed “P3” initiative that would implement bridge tolling on certain projects, including the North Fork bridges on Interstate 80 in Jefferson County. He said the P3 initiative hinges on tolling, so as governor he would like to start over and find a “common sense solution” that doesn’t cost taxpayers and motorists more money.

“I am absolutely opposed to tolling the North Fork bridge and the other bridges across Pennsylvania period. We need to invest in infrastructure. We have resources available in our state budget. We have hundreds of millions of dollars that’s coming from the federal government. We need to use those resources in a smart way to repair infrastructure, not by asking motorists to pay more,” Shapiro said.

Shapiro said he wants to “put money back in people’s pockets” and would propose giving every motorist a $250 gas tax rebate per car. While the reasons for the higher prices are more global in nature, Shapiro said the government in Pennsylvania can do something about it for the people here through such a rebate.

He is not in favor of cutting gas taxes because he said that would begin to defund some of the infrastructure money that is needed, and would defund police departments that rely on that money. He said cutting the gas tax would not offer the everyday person any relief, as it would only put more money into the pockets of oil and gas executives.