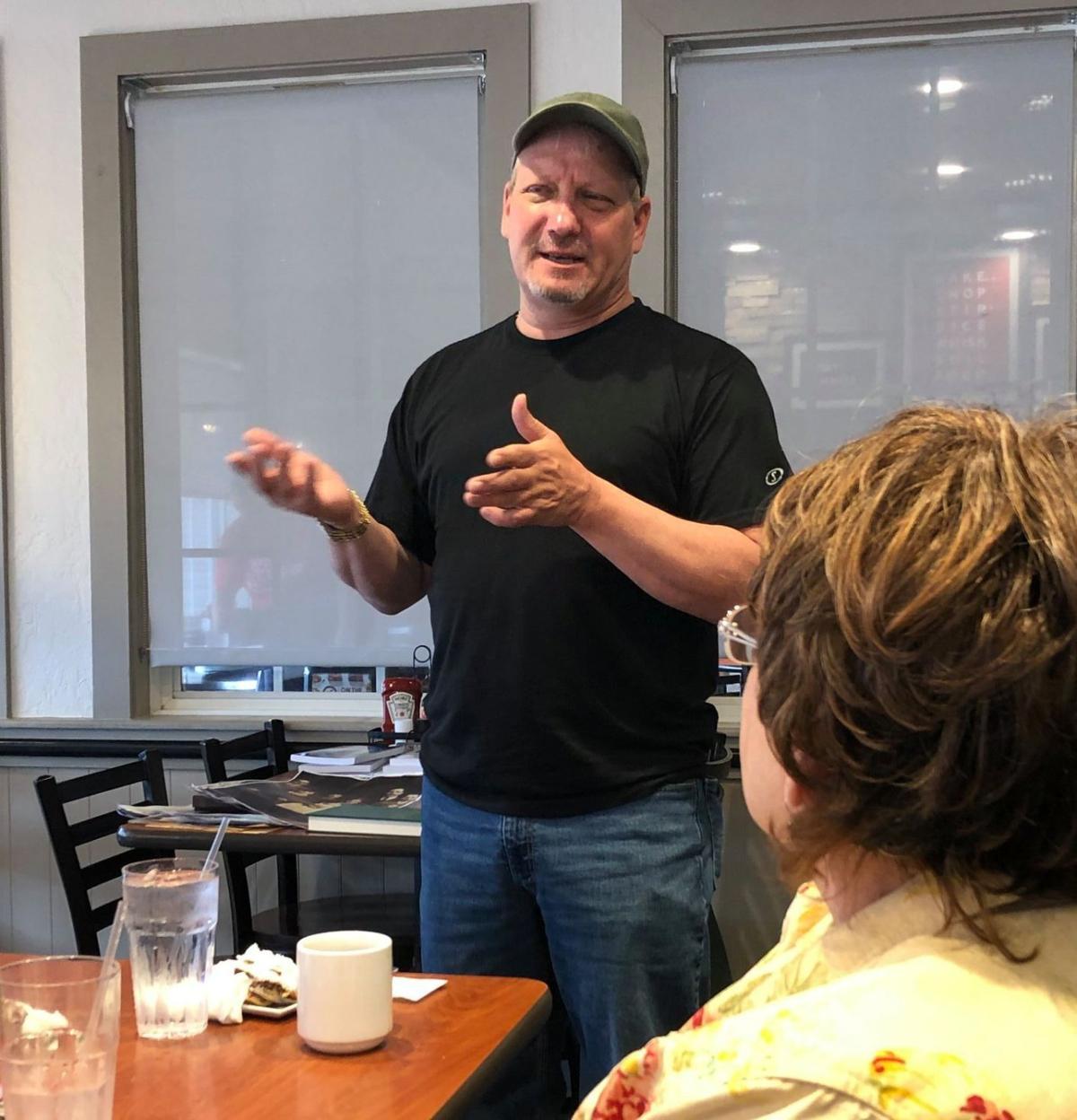 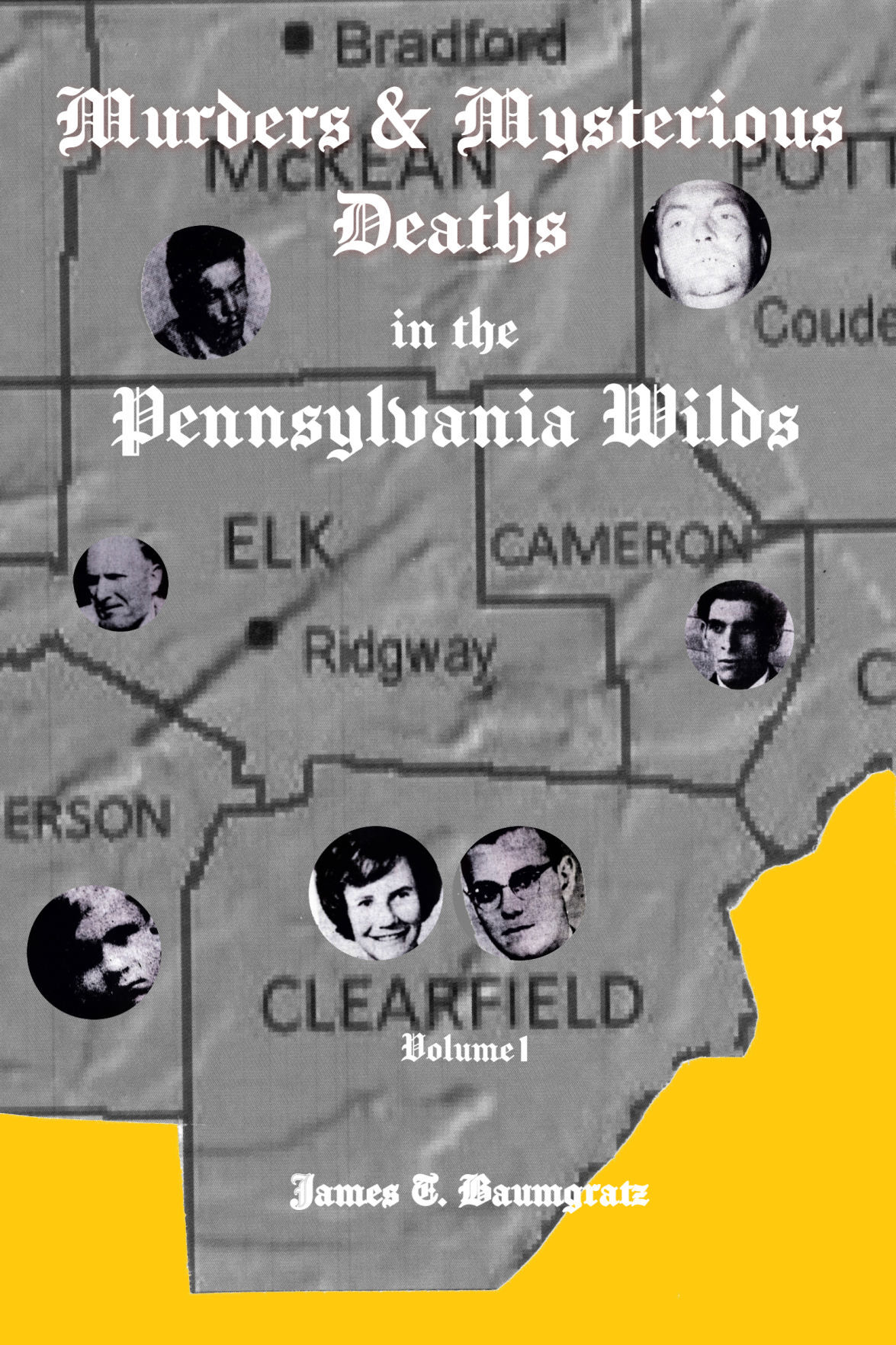 Pictured is the cover of “Murders & Mysterious Deaths in the Pennsylvania Wilds, Volume I.”

Pictured is the cover of “Murders & Mysterious Deaths in the Pennsylvania Wilds, Volume I.”

Well-known St. Marys author James Baumgratz has now released his most expansive page-turner yet, encompassing 12.5 counties in “Murders & Mysterious Deaths in the Pennsylvania Wilds, Volume I.”

Baumgratz has become widely known for his three volumes of “Elk County Murders,” which focus on 25 unsolved mysteries and lurking community legends in the county. Each incorporates quirky and catching chapter titles, such as “Keg Killer,” “Stop Nagging,” “Rough on Rats” and “The Pickle Barrel Murder,” to name a few.

Baumgratz has had a fascination for all things mysterious for as long as he can remember, having always been a writer. He began his research for the “Elk County Murders” books around the year 2000, spending countless hours at the courthouse compiling information on murders dating back to 1846. Some are unsolved tales of which the community has probably heard several versions over the years, whereas others are mysteries Baumgratz dug up from the grave himself.

He began working on this one, based in the PA Wilds, in January, combing through 500-600 cases at the courthouse and coroner’s office, choosing the ones he found most interesting for the first volume.

It wasn’t long after Baumgratz’ Elk County-based books were published that he began receiving requests to look into spooky tales in surrounding areas. Over the years, he has often heard from family members of people who were reportedly murdered or missing, some of whom are still searching for the truth.

One of the most famous cases, “The Jon Yount Case,” is based in DuBois. The story takes place in 1966, when Pamela Sue Rimer, an honors student at DuBois Area High School, is murdered by Jon Yount, a mathematics teacher at DAHS. In short, Yount ends up being one of “America’s Most Wanted” most celebrated captures, according to the story.

Describing one of the Jefferson County-based cases as “chilling,” Baumgratz said it mirrors the famous JonBenét Ramsey case, based on the suspicious death of an American child beauty queen. “Little Boy Lost” tells the story of 10-year-old Harry Helscel, who is found murdered in a trunk in 1918, also under suspicious and puzzling circumstances, according to the story. In both cases, family members are suspected to know more than they say.

One of the Elk County-based stories, “Locked up Tight,” is based at the former Johnsonburg National Bank, detailing the “suicide or murder?” of Harry Peoples.

Two tales are told for each county throughout the book, other than Northern Centre County, which only has one. Forest County had the lowest murder rate of them all, said Baumgratz.

The author is also fond of book signings, visiting area libraries, book stores, shops and events to speak about his books and converse with fans.

Baumgratz suspects that publishing a book based on the popular PA Wilds region will definitely expand the area in which his book is sold, as well as potential book signing locations. Given the number of cases that came to the surface during his research, he expects to write more than one book based in the PA Wilds.

“Murders & Mysterious Deaths in the Pennsylvania Wilds, Volume I” can be found at www.elkcountymurder.com, as well as on Amazon, at Cliffe’s Prescription Center in Ridgway, the St. Marys Area Chamber of Commerce and HW Book Peddlers in DuBois, with more locations to come.

More information will also follow about a book signing at HW Book Peddlers in the DuBois Mall.

For more information, visit www.elkcountymurder.com or the Facebook page.