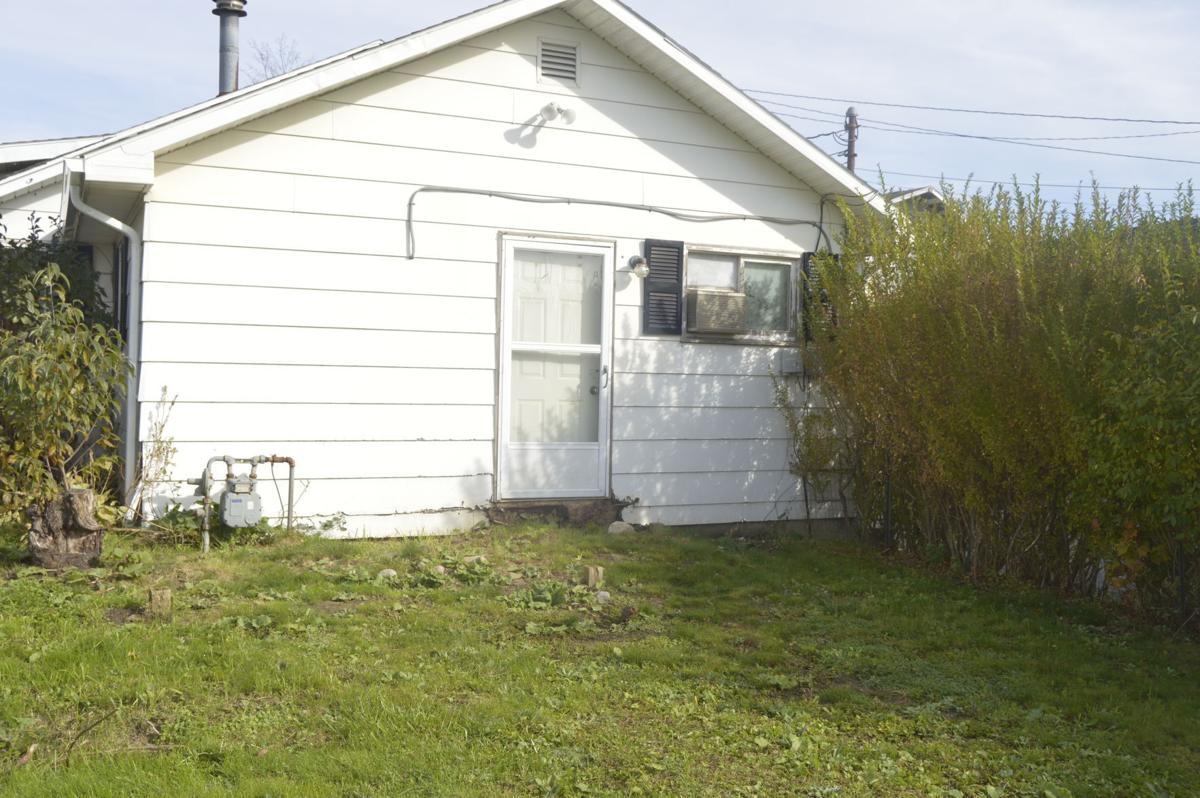 Pictured is what will be the DuBois Street Mission’s new homeless shelter this winter. 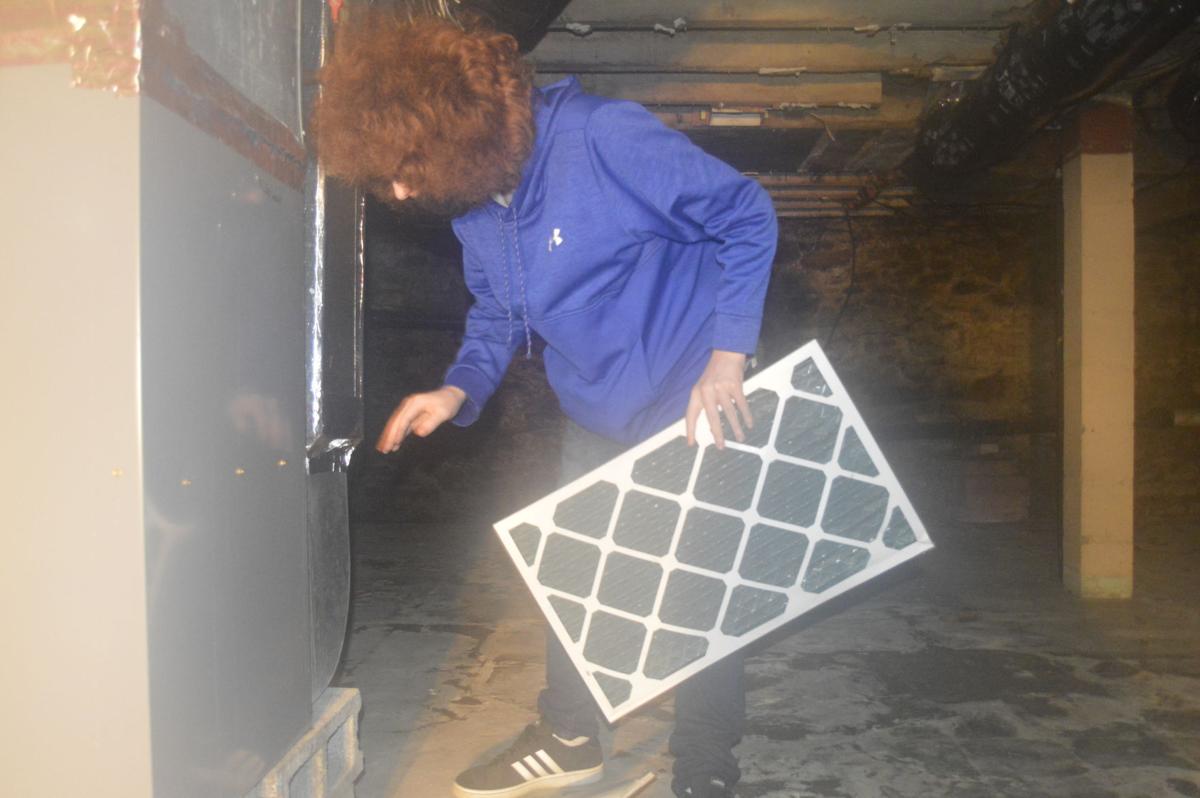 Aiden Barrett, a CCCTC student from Curwensville Area School District, works on changing the furnace filter for the DuBois Street Mission. This was used as a hands-on learning opportunity for the students.

Pictured is what will be the DuBois Street Mission’s new homeless shelter this winter.

Aiden Barrett, a CCCTC student from Curwensville Area School District, works on changing the furnace filter for the DuBois Street Mission. This was used as a hands-on learning opportunity for the students.

DuBOIS — The DuBois Street Mission’s “Operation Out of the Cold” initiative is launching soon, so that those in need of a warm bed and hot meal during the winter season have a safe place to go.

Gina Gray, executive director of Agape Community Services, and Amy Rosman, the Shelter Plus Care Program coordinator through the DuBois Housing Authority, as well as other local agencies, have partnered to make this initiative come alive.

The DuBois Street Mission is a new program, and “Operation Out of the Cold” is its focus, Gray said.

In 2018, Gray said she knew of the increasing need of the unsheltered and homeless, particularly in the winter time. Through Agape, she was referring people to the cold weather shelter in State College, paying for the bus ticket to transport them there, and calling ahead to make the reservation.

“Research and gathering of information continued for three years,” she said.

A one-time anonymous donation was given to purchase the home at 804 1/2 DuBois St. The building was available to purchase in summer 2021, and they began working on it in October, said Gray, as it was in poor condition.

The entire kitchen was torn out, but there will be a table to serve food, which will be bought or donated to people in need. The project has involved several renovations, including fixes to the roof, furnace, painting, etc., Gray noted.

Jonathon Dale, an HVACR (Heating, Ventilation, Air Conditioning and Refrigeration) instructor with the Clearfield County Career & Technology Center, and students, contributed to the project during a learning opportunity, such as replacing the furnace filter, and even bought supplies to do so.

This is a great opportunity for the CCCTC seniors to have hands-on experience in the field, Dale said.

This initiative did become a financial challenge, Gray said.

“We have been having fundraisers, applying for grants and seeking community support,” she said. “We are hoping to raise the funds necessary to complete the repairs, rather than rely on government grants. We will likely need another part-time employee and volunteers.”

Rosman said the DHA administers a HUD (Housing and Urban Development) grant called “Shelter Plus Care,” which houses the homeless and those who have a documented disability.

“When enrolling new participants, they are selected of coordinated entry, which is a HUD list that tracks the homeless in each county; to be eligible for the this permanent supportive housing grant, they must have had this assessment and be on the list,” said Rosman.

Throughout the past month or so, Rosman says she has assessed 10 new homeless individuals, and has seen the list increase in the number of the unsheltered.

“The list is currently the highest I have ever seen it. ‘Operation Out of the Cold’ is needed for these individuals when the shelters we currently have in Clearfield County are closed due to maximum capacity. There never seems to be anywhere immediate these folks can go,” she said.

Rosman serves as the secretary for this operation’s committee, and has been developing/implementing waiting lists and admissions forms, she noted.

“The committee consists of representatives from community agencies, some of which specialize in housing, as well as church representatives,” she said. “It is a special moment when we all meet to make this operation one step closer to reaching opening day.”

The mission will be open on nights with temperatures below freezing during the winter season, Gray said. It is meant to accommodate people from 7 p.m. to 7 a.m. for a short-term, overnight stay. Arrival time will end at 10 p.m., or when full capacity is reached.

The bottom line, said Gray, is since the COVID-19 pandemic, many people without a place to live have reached out for help. Unlike big cities, it isn’t an obvious issue in rural areas, but it is very much present locally. Whether it deals with mental health, poor choices or unfortunate circumstances, such as a heating crisis or supply-chain issues, these people deserve a warm place to stay overnight. In the morning, they will receive a hot beverage and something to take with them to eat.

It has been quite inspiring to see local volunteers coming together to make this happen, Gray noted. White at the mission, people will also receive other resources they can use once leaving the shelter.

The goal is to have the mission ready for occupation at the end of November, prior to winter, Gray said.

Volunteers will be needed, and those interested can call 814-375-9120. Gardner’s Candies peanut butter meltaways and Marianna Hoagies sales are currently supporting the mission as well.

Notice DuBois Area School Board Vacancy District A (City of

NOW HIRING! Mengle Memorial Library is accepting applications for all