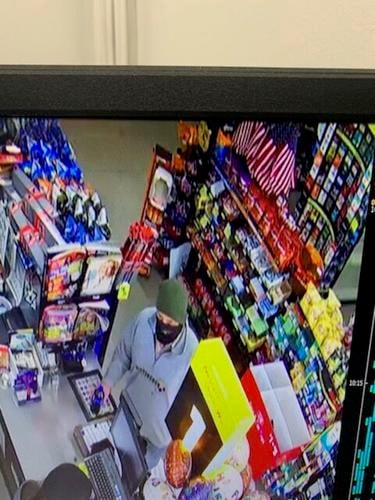 State police in Clearfield are seeking the public’s help in identifying the man in these security camera images at the Dollar General store in Madera. 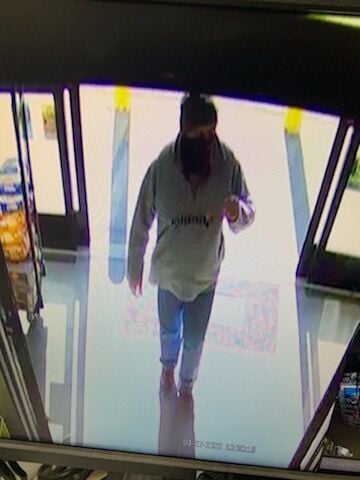 State police in Clearfield are seeking the public’s help in identifying the man in these security camera images at the Dollar General store in Madera.

MADERA — State police in Clearfield are asking for the public’s help in identifying the suspect in an armed robbery that reportedly occurred at the Dollar General store in Madera on Thursday morning.

According to the police report, the armed robbery occurred at the store located at 2727 Main St., at 10:30 a.m.

Based on the images taken from the store’s security camera, the suspect is a white man estimated to be in his late 30s or early-to-mid 40s. During the incident, he was wearing blue jeans, brown shoes, a light gray sweatshirt with “Pittsburgh” written across the chest area with a Pittsburgh Steelers emblem, a green beanie hat and a black mask. He is an average-build man, weighing between 180-210 pounds, and is 5’5”-5’7” tall, the report says.

According to state police, the suspect entered the store and walked up to the checkout counter, demanding money from the cashier. He reportedly pulled out a black handgun from his waistband, intending to place the cashier in fear of serious bodily injury or death. After receiving the cash, the suspect left the store in an unknown vehicle, according to police. He exited the store with an undisclosed amount of cash and a Pepsi.

Anyone with further information is encouraged to contact state police in Clearfield at 814-857-3800.