Skip to main content
You are the owner of this article.
Edit Article Add New Article
You have permission to edit this article.
Edit
Welcome, Guest
Our Network
Home
News
Sports
Obits
Multimedia
Opinion
Living
Classifieds
+ More
Share This Kyle and Kristie Kline of DuBois are pictured with their two sets of twins, Parker and Carter, and Kamden and Kinsley, for a holiday photo this year. Parker and Carter Kline are pictured with their twin siblings, Kamden and Kinsley. 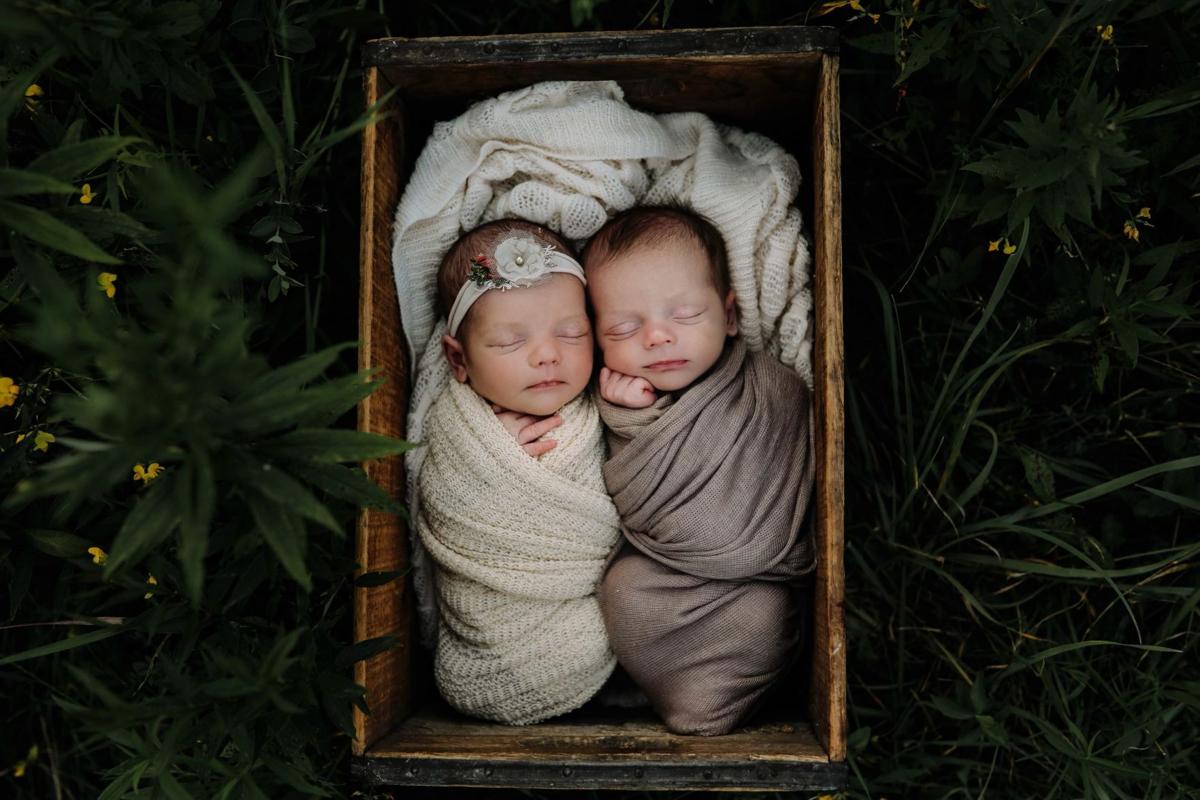 Kyle and Kristie Kline of DuBois are pictured with their two sets of twins, Parker and Carter, and Kamden and Kinsley, for a holiday photo this year.

Parker and Carter Kline are pictured with their twin siblings, Kamden and Kinsley.

DuBOIS — "Some miracles come in pairs."

Kyle and Kristie Kline's family has quickly grown within the past five years, giving them the blessing of twice the smiles and twice the love - twice.

Kristie, a nurse practitioner with Penn Highlands Pediatrics, and Kyle, a safety specialist with Seneca Resources, welcomed their first set of fraternal twins, Parker and Carter Kline, on Oct. 11, 2017. The boys are now 4 years old.

The first time around, Kristie, who's maiden name is Hoffer, says she "had a feeling" right away.

"Twins run pretty strong on my side of the family," she said. "My Grandma Hoffer is a twin, and she has twins."

She recalls telling her husband on the way to the ultrasound that they were going to see twins that day.

"I think he thought I was crazy," Kristie said. "He was pretty speechless when we found out."

As fate had it, the DuBois couple was meant to have more babies to love. The second time around, they were blessed with both a girl and a boy, also fraternal twins, Kamden and Kinsley Kline, born July 13, 2021.

The tables turned then, with Kristie having no idea their family of four would be adding another not just one, but two babies.

Kyle, on the other hand, had a gut feeling they'd be expecting another pair.

"I was completely shocked," she said. "I really didn't think we would have a second set. I thought we'd see what it was like having one baby at a time, but God had other plans."

It's like Parker and Carter knew, too, since they kept saying the words "two babies" prior to Kristie's ultrasound.

"They must have had some twin intuition," she said.

An article on www.verywellfamily.com references a report by The Royal College of Midwives, which estimated that the odds of having "consecutive sets of twins" were more than 700,000 to one.

It also notes that once a woman has had fraternal twins, her chances of having another set are "three to four times greater than that of the general population," according to Multiples of America statistics.

The boys are doing great with their baby brother and sister, the couple said. The transition didn't seem as difficult, since Parker and Carter were already accustomed to sharing family time.

"They love them so much and are so helpful," Kristie said of the big brothers.

People who come across the Klines are often in disbelief to find out that they have two sets of twins, they said, such as when the family went to see "Thomas the Train" in Lancaster this year.

"We took a big wagon that all four can ride in," Kristie said. "It's pretty obvious when you see them all together that they're twins, so we had a lot of comments about that!"

The Klines were sure to mention how supportive their families have been along this journey, joking that there is "always a baby" for someone in the family to hold and to love.

"We are so thankful for the ongoing support from our family and friends," Kristie said. "When people say 'It takes a village,' they aren't kidding!"

Even when life can feel pretty crazy the majority of the time, the Klines just consider themselves doubly blessed. Twins share a special bond, too, that they are fortunate enough to witness more than once.

"It's amazing watching twins grow up together," she said. "Getting to experience it twice is really cool."

NOTICE Notice is hereby given that letters testamentary on the

PUBLIC NOTICE Hawthorn Borough Council Vacancy Due to a vacancy