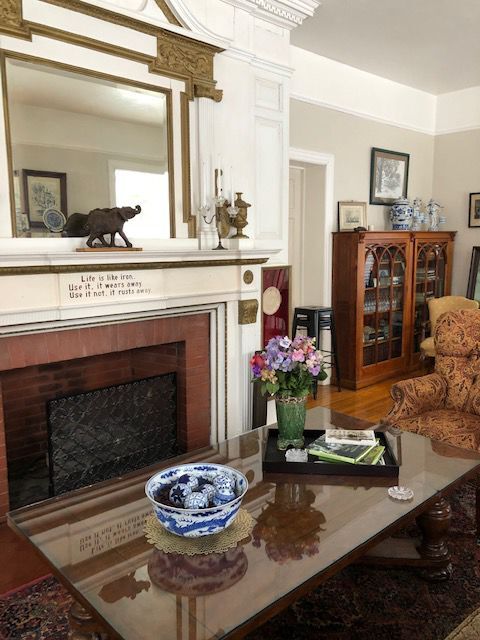 A view of the parlor at the Kane Manor. 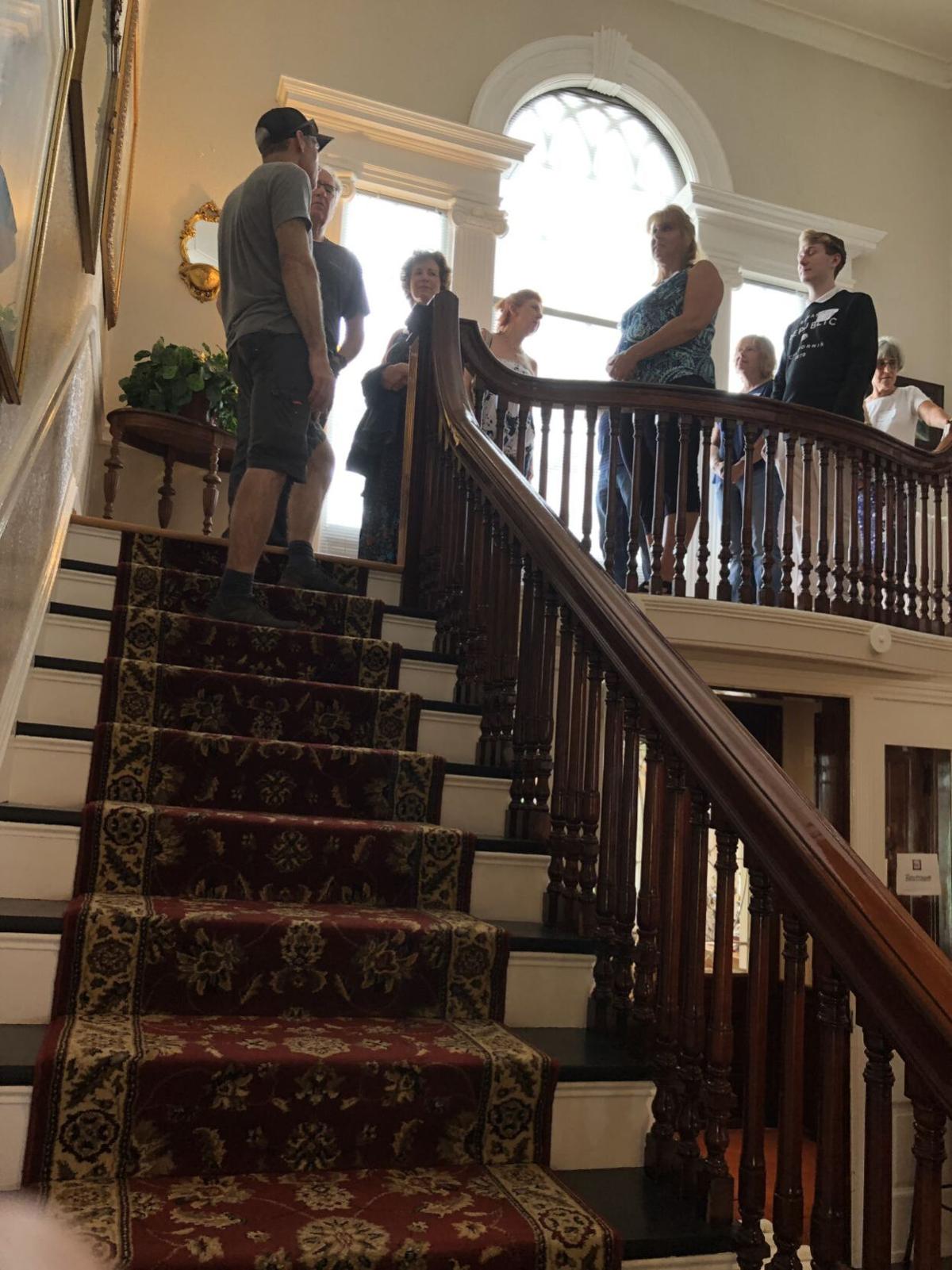 Innkeeper Ben Miller explains the renovations made to the foyer during one of the tours. 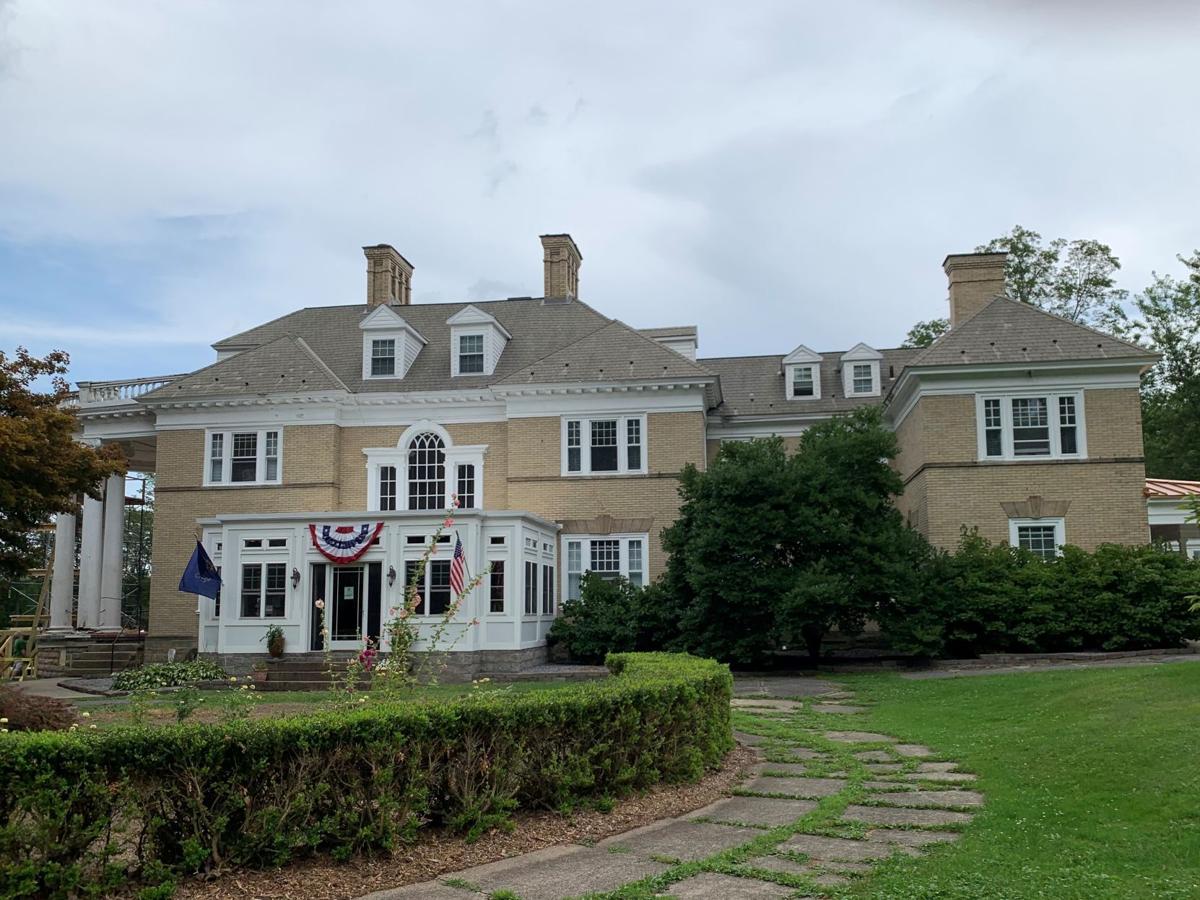 The Kane Manor is located in Kane, Pa. Notice the scaffolding on the left where repairs are being made to the columns on the portico. 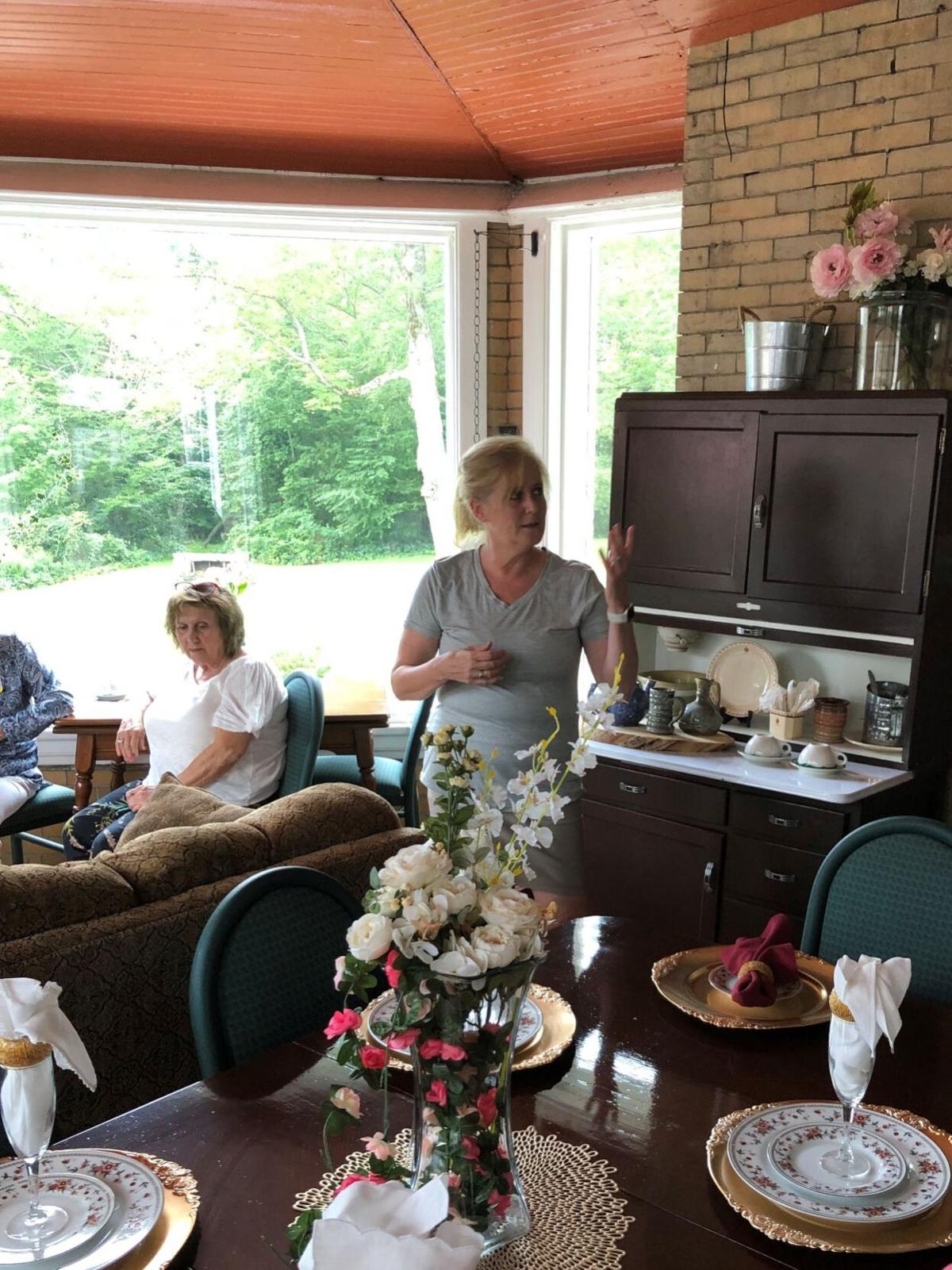 Innkeeper Debra Miller during the tour of one of the dining rooms at the Kane Manor.

A view of the parlor at the Kane Manor.

Innkeeper Ben Miller explains the renovations made to the foyer during one of the tours.

The Kane Manor is located in Kane, Pa. Notice the scaffolding on the left where repairs are being made to the columns on the portico.

Innkeeper Debra Miller during the tour of one of the dining rooms at the Kane Manor.

In March of this year I wrote about being surprised to find a beautiful mansion on a side street in Kane that had been the scene of some of the action in the fictional book “Tonight in the Rivers of Pittsburgh” by Brian Lee Weakland. Located at the edge of the Allegheny National Forest, it had recently been purchased by Innkeepers Ben and Debra Miller and had previously been operated as a historic bed and breakfast for some time. After telling the innkeeper about the book, I told him I’d like to bring my book club there for lunch and a tour sometime later in the summer.

What started out as an outing for my St. Marys book club and our guests, grew to include the DuBois book club that I belong to, plus I was contacted by a member of the Brookville book club who had read the March column and had also expressed an interest in joining us. Everyone I mentioned it to was more than ready for a fun outing, and we ended up with a group of 48 book lovers and their guests at the Kane Manor on a warm mid-August day! The group was too large to have the buffet luncheon in the mansion, so we were in the permanent tent on the grounds that is also used for weddings.

We enjoyed a variety of warm sliders, tossed salad, cheese, crackers and meat trays, as well as fruit and veggie trays, all perfect for a summer luncheon. Cookies and assorted chocolates were served with coffee later in the mansion. After the meal we met with the author of “Tonight in the Rivers of Pittsburgh” via Zoom. Amy Fehrenbach from the St. Marys book club had this to say: “I was certainly impressed when Innkeeper Debra reached out to our featured author, Brian Lee Weakland to set up a question and answer Zoom meeting. This special act made for an even more lovely and enjoyable day.”

From the author we learned that he had stayed at the Kane Manor Inn when he was in the area doing research for the book, and had decided to incorporate the manor into the action in the book that took place near the Kinzua Bridge. He noted that there are two other books in the Rivers of Pittsburgh Mystery Trilogy, “Woods on Fire” and “Zelienople Road.” He was impressed with the size of our group and the renewed interest in his book.

After the Zoom meeting we divided into 3 groups for the tours that were narrated by our innkeepers. Janet Neeper from the DuBois book club said, “…The Innkeepers were very knowledgeable regarding the inn’s history and made the tour of the inn extra special. It made for a very enjoyable afternoon. I look forward to visiting and staying at this inn in the future. I highly recommend this to anyone seeking a special getaway.”

Brookville book club member Melody Haring commented that “We spent a lovely afternoon with the Millers, owner of Kane Manor, who are an energetic and creative couple who gave us an interesting tour of the mansion and explained its connection to the community.”

A great deal of necessary renovations have already been done, and scaffolding is currently set up around the iconic columns of the portico as they undergo strengthening and reinforcement. During all the renovations, it’s obvious that the Millers made every effort to keep as much of the original look and feel of the inn as possible. The impressive structure of Georgian and Colonial Revival architecture styles is on the National Register of Historic Inns. For more information, visit www.KaneManorInn.com.

What I think is interesting is that Ben and Debra were unaware that their mansion was featured in this book until I arrived on their doorstep on that snowy February day, with lots of questions about the possibility of the inn being the Leigh Rose Mansion mentioned in the book. After the Zoom session, I presented them with a copy of the book for their guest library located in the parlor. Attendees were also able to participate in a book exchange, always a popular activity for book worms!

I was pleased that so many bibliophiles, joined by their common love of reading, got to experience a beautiful part of Kane’s history while also enjoying a great meal and having a fun afternoon! Stay tuned for possible book club gatherings at other historic inns next summer.

Marilyn Secco is a retired teacher and author of the book “Front Porch Tales.” She has 2 children and 5 grandchildren and lives in Kersey with a temperamental cat named Tidder. Contact her at mbsecco@windstream.net

We love hearing from our readers. Click below to submit a Letter to the Editor.

NOTICE Sealed bids will be received by the Brookville Municipal