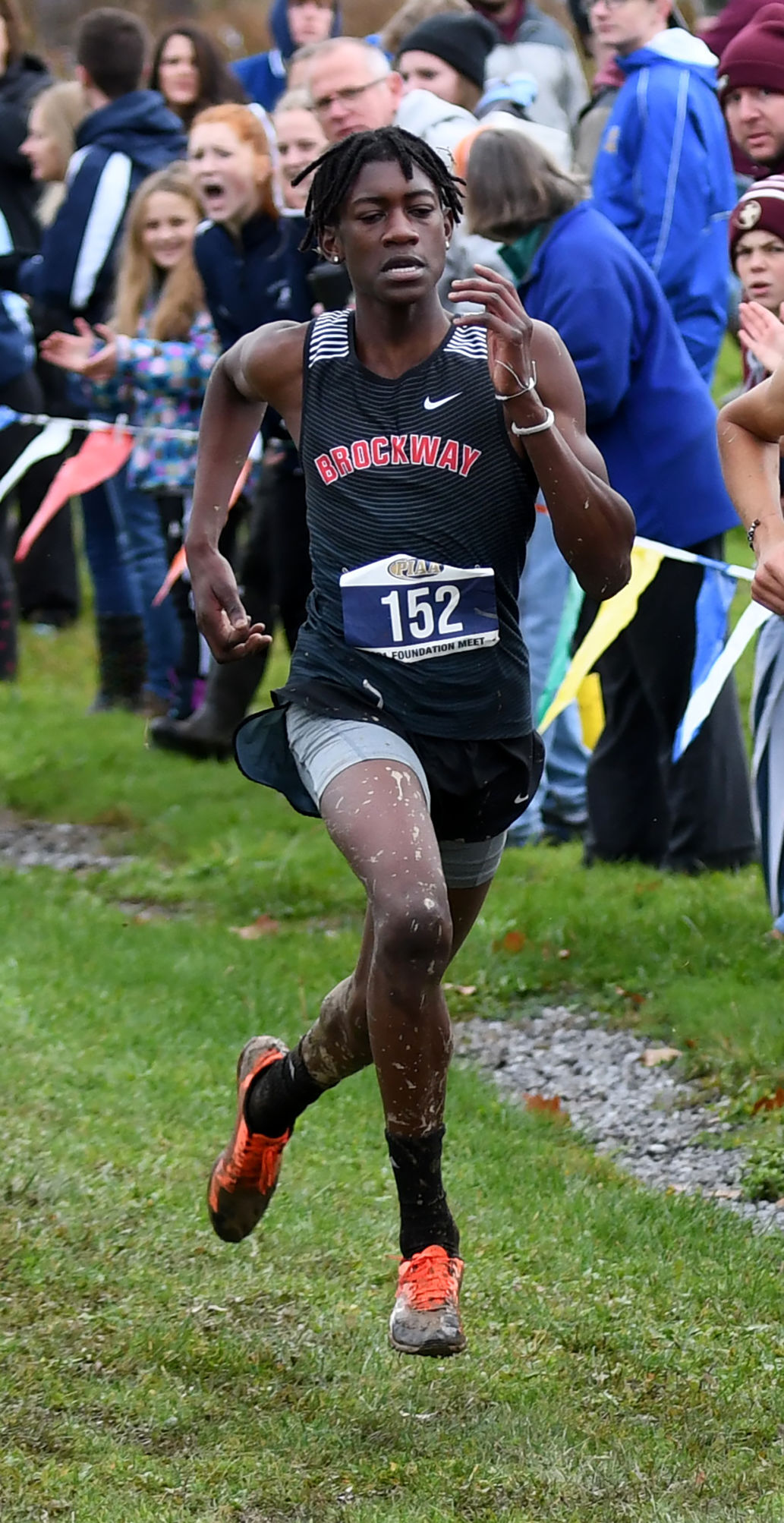 Brockway senior Micah Williamson, shown sprinting for the finish at districts, had the best finish by an area boy at the PIAA Cross Country Championships Saturday. The Rover placed 41st in the Class A race. 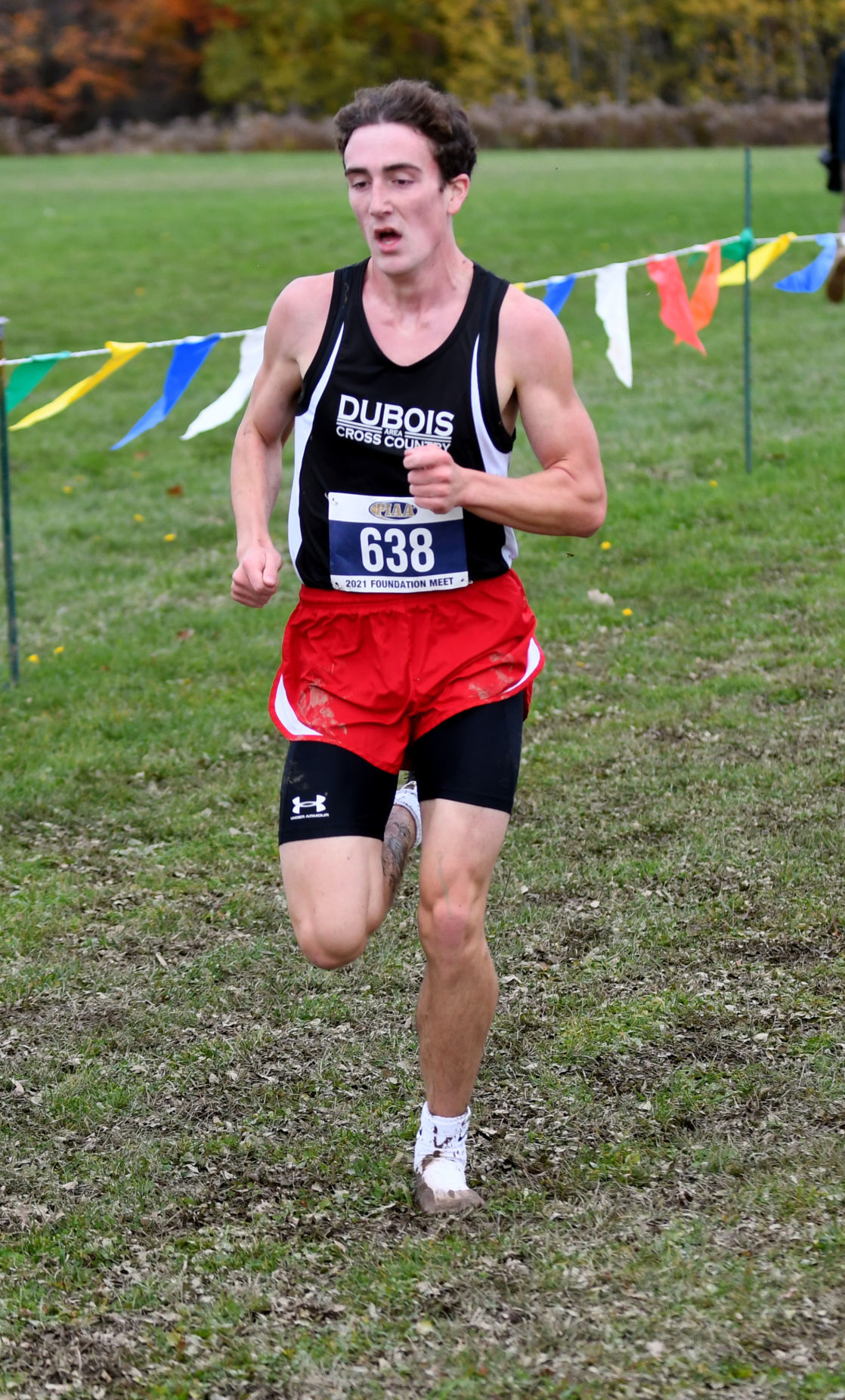 DuBois senior AC Deemer, shown kicking for the finish line at districts, had the best finish (73rd) by a District 9 boy in the Class 2A race Saturday at the PIAA Cross Country Championships. 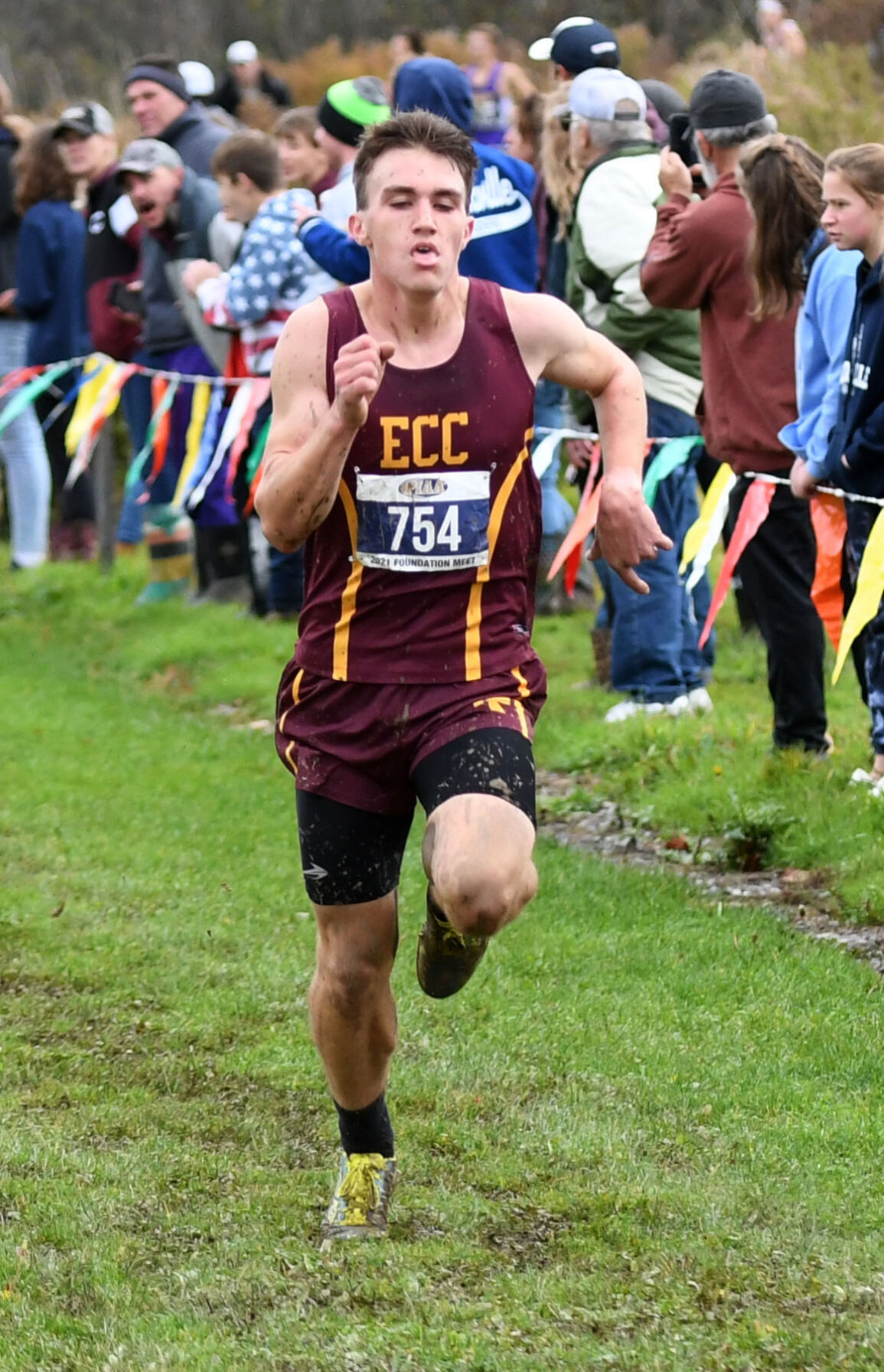 Brockway senior Micah Williamson, shown sprinting for the finish at districts, had the best finish by an area boy at the PIAA Cross Country Championships Saturday. The Rover placed 41st in the Class A race.

DuBois senior AC Deemer, shown kicking for the finish line at districts, had the best finish (73rd) by a District 9 boy in the Class 2A race Saturday at the PIAA Cross Country Championships.

HERSHEY — For the first time since 2015, the Tri-County Area failed to have a boy capture a medal at the PIAA Cross Championships on Saturday in Hershey.

It wasn’t for a lack of chances across two different classifications though, as 23 area runners hit the Parkview Course behind the Giant Center in Hershey. DuBois and Elk County Catholic accounted for more than half that total as each sent their entire squads to states as the D-9 Class 2A champion and D-9 Class A runner-up, respectively.

In the end, the Tri-County Area’s best chance for a medal didn’t come from either of those schools. Instead, it was Brockway senior Micah Williamson who posted the best finish by a local competitor.

Williamson saved perhaps his best race for his last one in a Brockway uniform, as the Rover senior crossed the line in 18:10.80 to finish 41st in the Class A race. That time was 35 seconds faster than he ran a week ago in placing eighth at the D-9 Championships.

Williamson’s showing not only was the best by a local runner, but also placed him second overall in the contigent of District 9 runners to compete at states. Coudersport’s Kevin Sherry, the D-9 Class A champ, took home a medal by placing 20th.

However, Williamson was the next runner from District 9 to cross the finish line — meaning he beat seven other runners who beat him a week ago in Ridgway. District runner-up Matt Woolcock from Cranberry was 88th (18:34.10) on Saturday in Hershey, while a trio of ECC runners who finished ahead of the Rover at districts came in after him in Hershey.

Senior Alex Miller posted ECC’s best finish, as he came in shortly after Williamson in 46th with a time of 18:13.10. Sophomore teammate Adam Straub (18:26) was 71st. Straub was third at districts and Miller fourth.

The Crusaders finished 12th in the team standings (22 teams total) with 348 points, as Miller and Straub were the lone Crusaders to crack the Top 150.

Five other are runners also were in action in the Class A boys race Saturday. That group was led by Brookville senior Calvin Doolittle, who posted a time of 18:27.50 to finish 75th. Doolittle was

Brockway senior Landon Schmader closed out his Rover career with a 138th-place finish, crossing the line in 18:59. Schamder and Williamson were Brockway’s first state qualifiers since 2012.

Ridgway sophomore Eli Schrieber, who was fifth at districts, came home 161st (19:14) in his first trip to states.

The area also had a large contingent — 10 runners in all — hit the course in the Class 2A race Saturday.

DuBois senior AC Deemer collected the best finish amongst that group as he ran a 17:50.80 to finish 73rd. That also was the highest finish by a District 9 runner in the race and second-fastest time by a D-9 competitor at states behind only Sherry.

Deemer also was part of a large group of seniors who ran their final cross country race in a DuBois uniform Saturday. The Beavers finished 18th out of 19 teams with a score of 414. Only Bedford (551) finished behind them. Lewisburg won the team title with an 87.

“Many of these boys are familiar with running at the state level and demonstrated a competent performance today,” said DuBois coach Cory Yarus. “Times are relative across different courses, but I am pleased with their splits and finishing drives. I could tell that they were having some difficulty pushing up the pack, as many sections of the race were shoulder-to-shoulder.

“However, these boys never gave up hope and finished the race with the same commitment that earned them the privilege of being at Hershey in the first place. I hope the boys just took in the team experience, while the seniors relished in their final appearance at Hershey.

“They (seniors) have set a precedence for DuBois Area XC that will inspire upcoming runners for many years to come. I hope they understand how impactful their efforts have been on the program. They will be remembered with great reverence.”