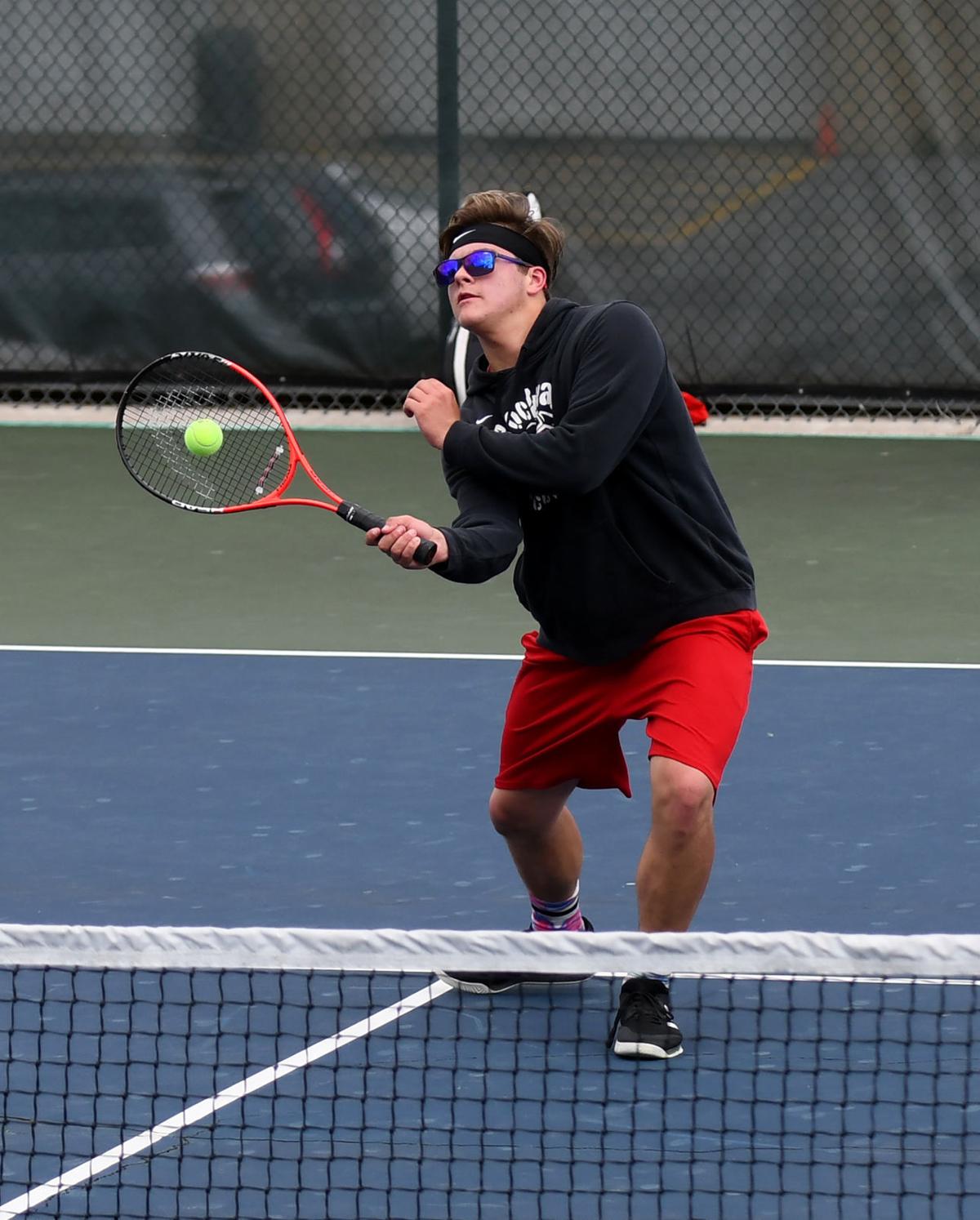 Brockway’s Lewis Painter hits a drop shot at the net during his semifinal match Monday in the District 9 Class AA Singles Tournament. Painter went 3-0 on the day and knocked off Punxsutawney’s Braxton Sherry, 6-3, 6-2, to reach today’s finals. 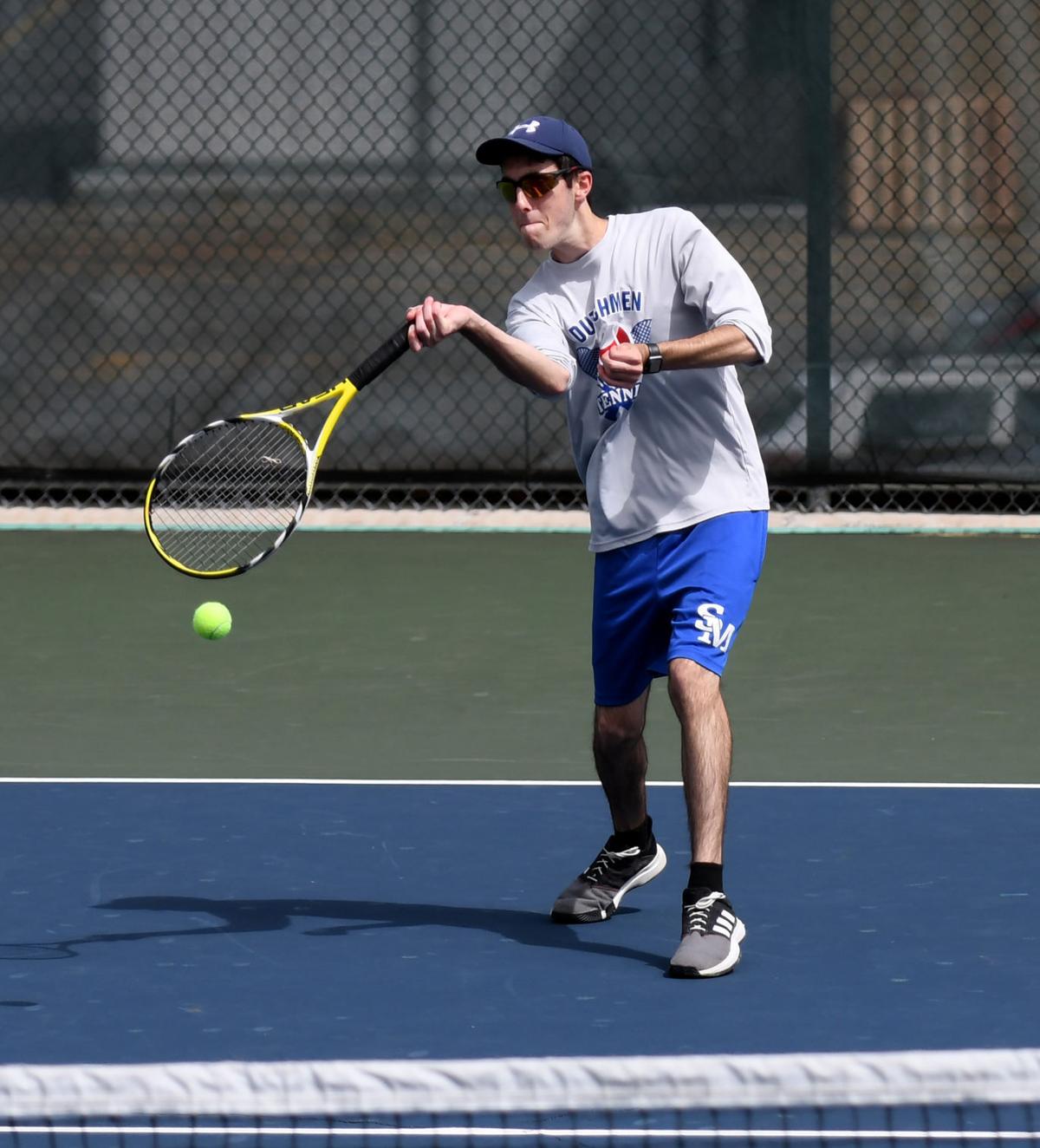 Brockway’s Lewis Painter hits a drop shot at the net during his semifinal match Monday in the District 9 Class AA Singles Tournament. Painter went 3-0 on the day and knocked off Punxsutawney’s Braxton Sherry, 6-3, 6-2, to reach today’s finals.

By day’s end, Brockway senior Lewis Painter and St. Marys senior Dylan Aiello were the final two competitors left standing and will battle for the title today in the finals at Clearfield Area High School at 3 p.m.

Both players knocked off Punxsutawney Chucks in the semifinals to set their finals showdown.

Aiello being a finalist wasn’t really a surprise as he came in the “top seed” and sat at the top of the bracket. Painter, the Rovers No. 1 player, on the other hand put together three strong matches, including an upset victory against Punxsy No. 1 Braxton Sherry, 6-3, 6-2 in the semifinals.

Sherry had beaten Painter twice in the regular season, but the Rover controlled things from the get-go this time around. He did a nice job moving Sherry around while using patience to set up his shots to reach the finals from the bottom half of the draw.

Painter opened his day with a 10-3 win against Bradford senior Devin Benson, then upended Elk County Catholic sophomore Anthony Messineo, 10-2, in the quarterfinals. Messineo opened with a hard-fought 10-8 victory against St. Marys’ Jon Chamberlin in the opening round.

In the top half of the draw, Aiello started his run to the finals with a 10-0 first-round win against Johnsonburg junior Jack Elmquist. He then beat Brockway senior Jared Marchiori by that same 10-0 score. Marchiori scored a 10-4 win against DCC’s Neel Gupta in the first round.

The winner of today’s finals advances to the PIAA Singles Championships, which will be held at the Hershey Racquet Club on May 28-29.

Here is a look at all the opening-day results: