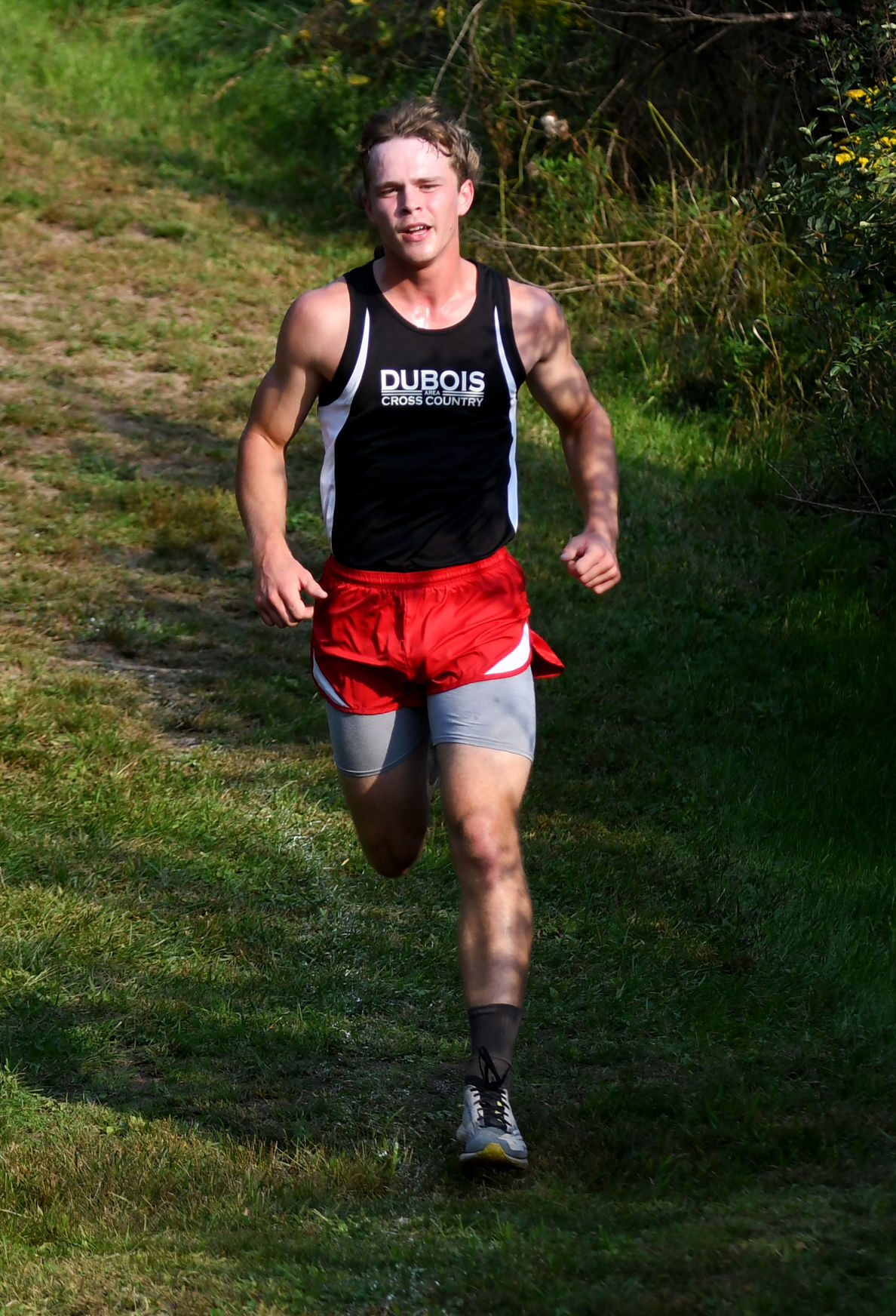 DuBois’ Luke Sturrock, shown competing in the home-opener, was one of eight Beaver seniors honored Tuesday prior to a tri-meet. Sturrock finished 13th. 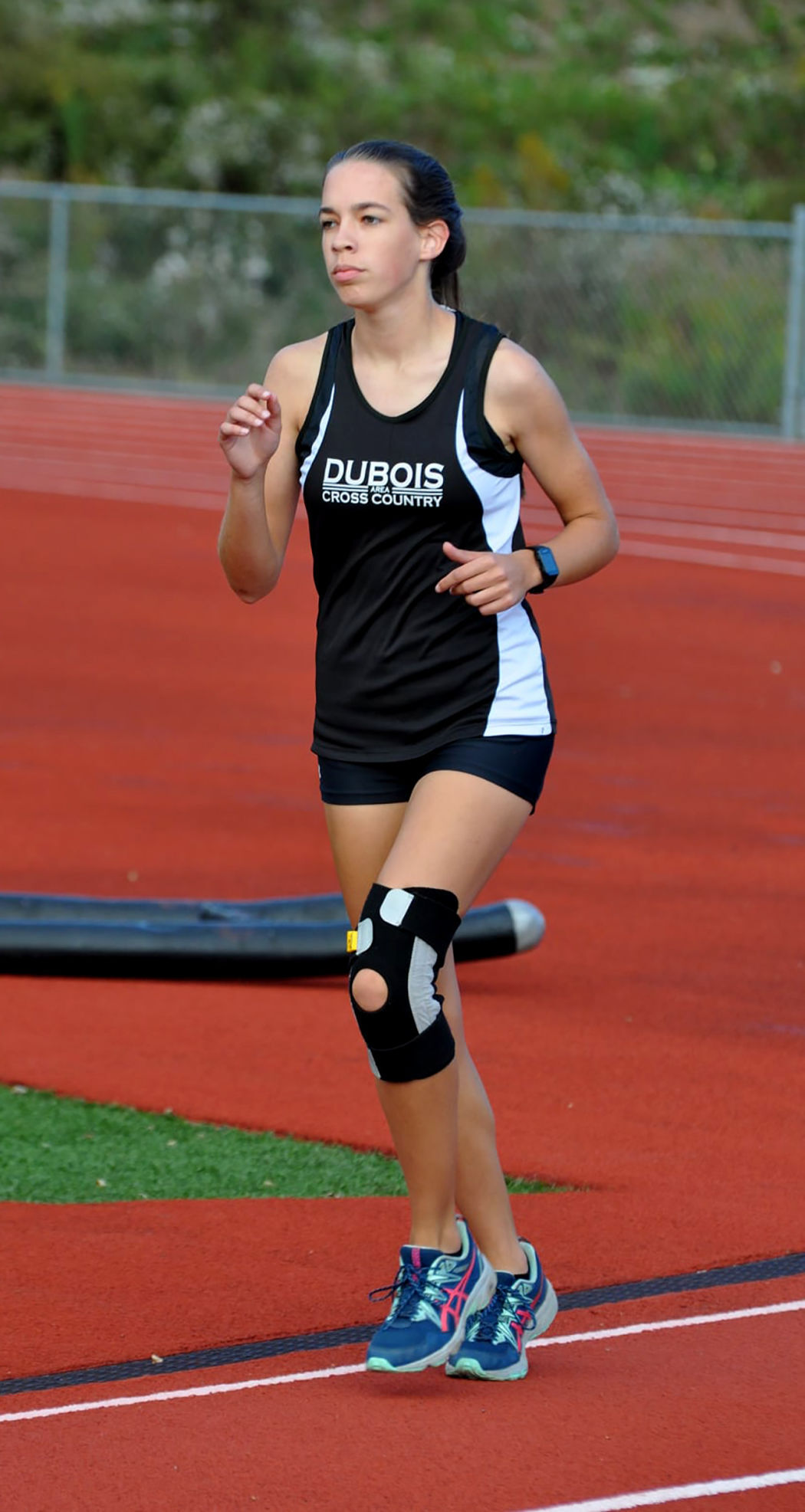 DuBois’ Luke Sturrock, shown competing in the home-opener, was one of eight Beaver seniors honored Tuesday prior to a tri-meet. Sturrock finished 13th.

It proved to be a record-setting days for Beaver senior AC Deemer and Lady Beaver sophomore Morgan Roemer, as each set new course records — albeit just the second home meet this year since the course was altered to add a new closing loop around the tennis courts.

Elk County Catholic had the next three finishers, with Grace Neubert (21:25) placing third and Sophia Bille (22:20) and Gianna Bille (22:47) crossing in fourth and fifth, respectively.

“Morgan was joined by teammates Sidney Beers and Morgan King, whom also posted personal best times on the DAHS course. The work shows in the times. These Ladies are peaking at just the right point in the season to perform their best at the district championships.

On the boys’ side, it was all Beavers as they collected the Top 5 spots and six of the Top 8.

Senior AC Deemer led that charge as he ran an impressive time of 16:56 to set the new boys’ course record, besting the mark of 17:12 posted by senior teammate Joey Foradora in the season opener. Foradora was the runner-up Tuesday with a 17:23.

“The Beavers’ undefeated winning streak was spearheaded by the senior squad of AC Deemer, Joseph Foradora, Ryan White, and Christian Roemer, with the scoring capped by a stellar performance from sophomore Rudy Williams,” said Yarus. “AC Deemer crowned Senior Night with a blistering run of 16:56 to claim the new overall male record for the DAHS course. I knew that AC was going to break into the 16:00s this season, and this record may hold for many years to come.

“AC has been a standout performer all season, and he deserves all the credit for his achievement today. There is no better way to celebrate Senior Night than by setting a new course record, and AC did just that. Teammates Foradora, White, Roemer, and Williams were no slouches, though, as there times were all within 1-minute of each other.

“The Beavers have incredible strength and depth to post such an incredibly close split to one another. Heading into district championships with times no higher than 18:00 is truly fortunate.

“This Senior Night was particularly bittersweet as DuBois cross country is graduating a seasoned group of runners. Many of these student-athletes have been with the program since middle school. I want to thank them for their devotion to the sport and commitment to the team. The seniors have left an unforgettable mark on a rich running history at DAHS. You will not be forgotten.”

In the middle school races, ECC’s Jace Meyer was the overall winner with a 13:12 and was followed across the line by teammates Andrew Mawn (13:17). Central Catholic’s Trent LaBenne (13:32) was third, while DuBois’ lone runner Connor Thompson was fourth.

Both DuBois teams are now off until their respective district championship events. The DuBois boys look to defend their District 9 Class AA team crown, while the Lady Beavers will compete with District 10 in Class AAA.