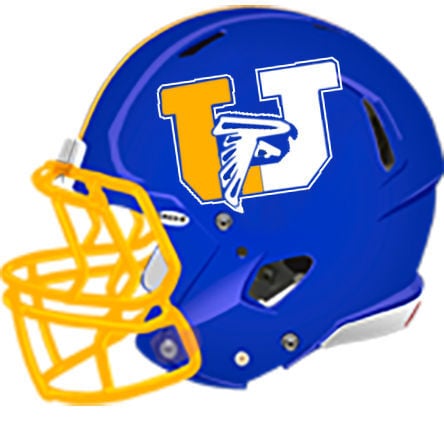 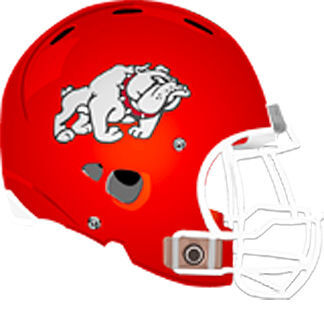 For the Redbank Valley Bulldogs and Union/A-C Valley Falcon Knights, it’s back on their own home fields this Friday night in District 9 League Small South Division matchups.

The Bulldogs (3-1) look to make it four wins in a row when they host Brockway (1-3) while the Falcon Knights (2-1) welcome Elk County Catholic (2-1) to Vidunas Stadium at Union High School.

Going into Wednesday, it appeared no games in District 9 were postponed or canceled due to COVID-19 concerns, coming off a week where three games were scratched. One of them involved the Crusaders, who canceled their home game against Port Allegany.

However, it appeared that the Crusaders were ready to play the Falcon Knights Friday night.

Here’s a closer look at this week:

The Rovers haven’t won since beating Union/A-C Valley, 28-20, in their opener while the Bulldogs have blasted Otto-Eldred, Elk County Catholic and Sheffield by a combined margin of 165-12 the past three weeks. They routed Sheffield, 55-6 last week.

Brockway’s road for sure has been more challenging up to this point as a young Rovers roster lost to Smethport (35-19), Keystone (24-6) and then District 10’s Maplewood (18-7) in a last-minute setup following Coudersport canceling on the Rovers due to COVID-19 concerns.

“Brockway is a really good football team and I think they’re the best 1-3 team you’ll ever see,” assured Bulldogs head coach Blane Gold “If you look at their opponents with Keystone and Smethport, they beat Union/A-C Valley and lost last week to Maplewood in a close game.

“They’re a young team, played a tough schedule right off the bat so we told the kids to completely ignore that 1-3 record because that’s a team that’s shown a lot of growth week to week.”

The Rovers, coached by Jake Heigel with former Rovers head coach and offensive coordinator Frank Varischetti running the offense, run with a freshman quarterback in left-hander Brayden Fox, who has completed 76 of 142 passes for 875 yards, six touchdowns and eight interceptions.

“This is the type of offense we redesigned our defense around, going to a 4-2-5 set and it’s probably been a long time since Redbank has used anything but a 4-4 set,” Gold said. “But we did this because we have more defensive backs than linebackers and linemen and Brockway is the type of team we changed this for.”

Sophomore lineman Brayden Ross leads the team with four sacks with Joe Mansfield second with two sacks and six quarterback hurries. In the secondary, the three interceptions have been made by Chris Marshall — he missed last week with an ankle injury after leaving the Elk County Catholic game early the week before but could see action this week — Marquese Gardlock and Rylan Rupp.

Zeldon Fisher and Ross are the top tacklers with 23 and 20 tackles respectively.

Offensively, the Bulldogs are near 249 yards per game with quarterback Bryson Bain completing 32 of 45 passes for 574 yards and 11 TDs against just three interceptions. Marshall (10-167, 4 TDs), Tate Minich (9-133, 4 TDs) and Gardlock (9-196, 1 TD) leads a receiving group that has seven different players with TD receptions.

While the Falcon Knights returned to the field after a week off due to COVID-19 issues before beating Otto-Eldred last week, the Crusaders were off last week due to a shortage of players due to injuries sustained in their game with Redbank Valley and did not play at home against Port Allegany last Friday.

The Falcon Knights haven’t lost since their season-opening setback at Brockway, stringing together nine straight scoreless quarters which includes shutout wins over Sheffield and the Terrors last week.

Union/ACV has been getting plenty of production out of running backs Mikey Card (29-281, 3 TDs) and Dawson Camper (16-133, 5 TDs) out of the backfield while quarterback Bailey Crissman has thrown for 195 yards, completing 16 of 37 passes with four TDs against one interception.

Ryan Cooper scored from three different angles last week — receiving, interception and kickoff — while Caden Rainey added a pick six score as well with his second interception of the year.

The Crusaders lost to the Bulldogs, 51-0, two weeks ago. Before that, they opened with two close wins — 12-0 over Bucktail and 13-12 over Coudersport.