Skip to main content
You are the owner of this article.
Edit Article Add New Article
You have permission to edit this article.
Edit
Home
News
Sports
Obits
Opinion
Socials
Living
Classifieds
+ More
Share This
1 of 5 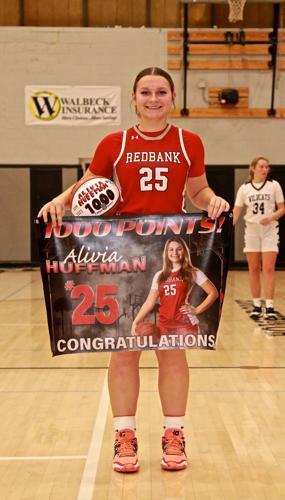 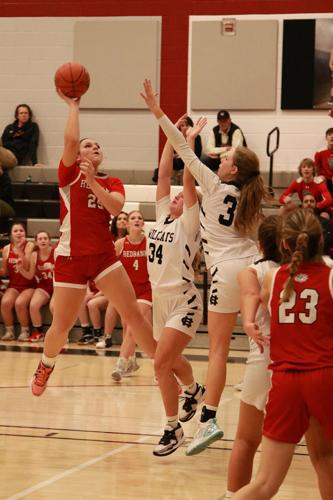 Redbank Valley’s Alivia Huffman (25) puts up a shot during Monday’s game at Homer-Center. She scored 27 points and reached 1,000 points in the Lady Bulldogs’ 47-39 win. 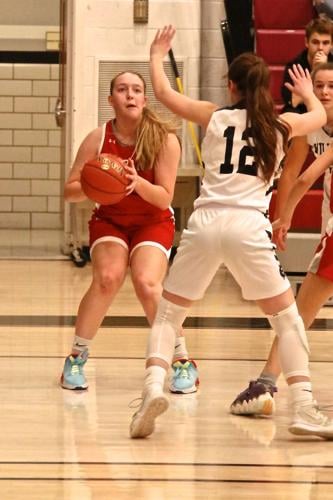 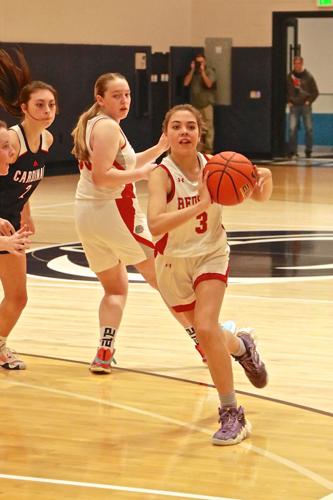 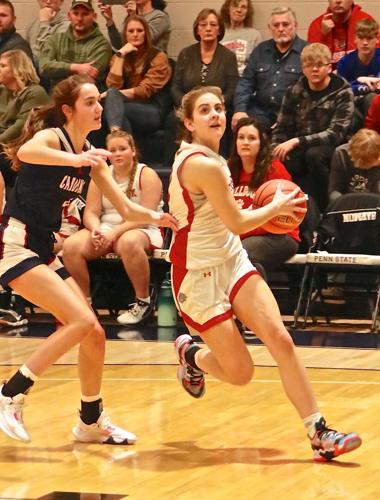 Redbank Valley’s Alivia Huffman (25) puts up a shot during Monday’s game at Homer-Center. She scored 27 points and reached 1,000 points in the Lady Bulldogs’ 47-39 win.

HOMER CITY — Now there are two Huffman in the 1,000-point club at Redbank Valley.

Huffman came into the game needing 21 points and scored the milestone basket on a turnaround jumper from about eight feet out a half minute into the fourth quarter.

Fittingly, the play was set up with a pass from fellow senior Caylen Rearick.

Huffman is the ninth Redbank Valley girls’ player to reach 1,000 career points and the first since Tara Hinderliter did so in 2000. She ended the game with 1,006 points already putting her in eighth place in school history.

Twenty-six of Huffman’s points came after the first quarter, as Redbank Valley overcame a slow start that saw it trailing the Wildcats, 8-6, after eight minutes

But Redbank Valley took a 20-17 halftime lead thanks to nine second-quarter points from Huffman before expanding the advantage to four, 33-29, going to the fourth quarter with Huffman scoring 10 more points in the third quarter.

Mylee Harmon added 15 points in the win with nine of them coming on 9 of 15 from the free-throw line.

The Lady Bulldogs’ fifth straight win improved their record to 12-1 going into Wednesday’s game at Union. Friday, they host Clarion before next Tuesday’s game at Cranberry.

In that contest, Huffman had 14 points, 15 rebounds, 10 steals, four blocks, and four assists.

“This year, I have had to step up and play a big role, and I had to be that ‘big’ inside and get all of these rebounds,” Huffman said. “That is what I am doing.”

DCC gave Redbank Valley all it could handle through two-and-half quarters and trailed by just two, 31-29, following an Emma Elensky basket with 5:23 left in the third quarter.

But the Lady Bulldogs, as they are want to do, went on an 11-0 game-deciding run.

“We haven’t had very many competitive games this season,” Huffman said. “It took us a minute to get started, but once we get started we are pretty (solid).”

Sophomore Mylee Harmon played a key role in the run, which gave Redbank Valley a 42-29 lead following an Ady Bond basket with 1:01 left in the third quarter.

Harmon scored five of her game-high 24 points during the run.

Many of Harmon’s points came off passes from Huffman, whose MO was to get a rebound and look immediately to outlet to a breaking Harmon.

“I never played with her until she was a freshman,” Huffman said. “I think we just instantly clicked, and it was just how it was going to be until I graduate.”