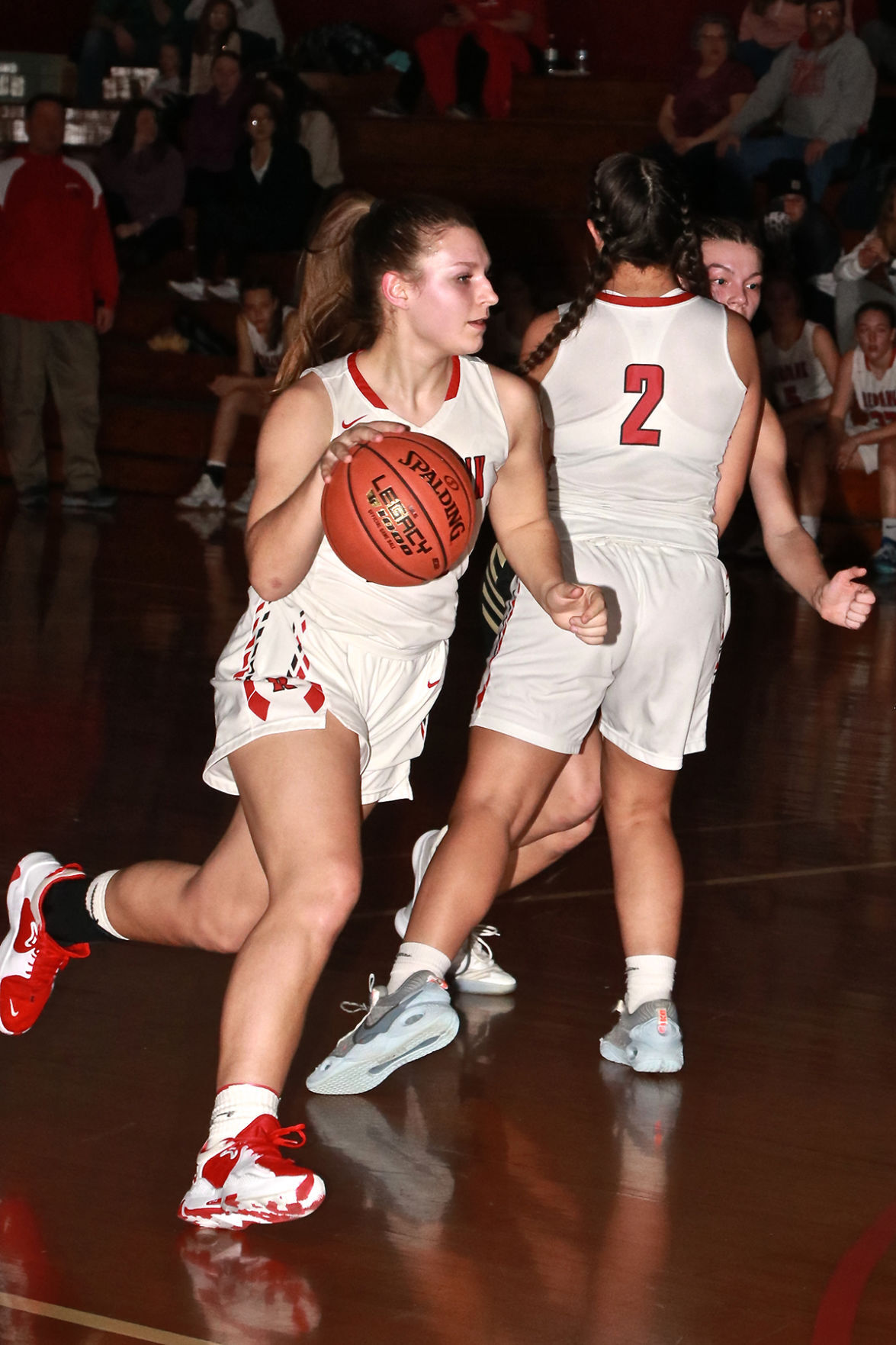 Redbank Valley’s Alivia Huffman drives to the basket, working off a screen by teammate Kira Bonanno during last week’s win over Keystone. Huffman scored 15 points in Monday’s loss to Sharpsville. 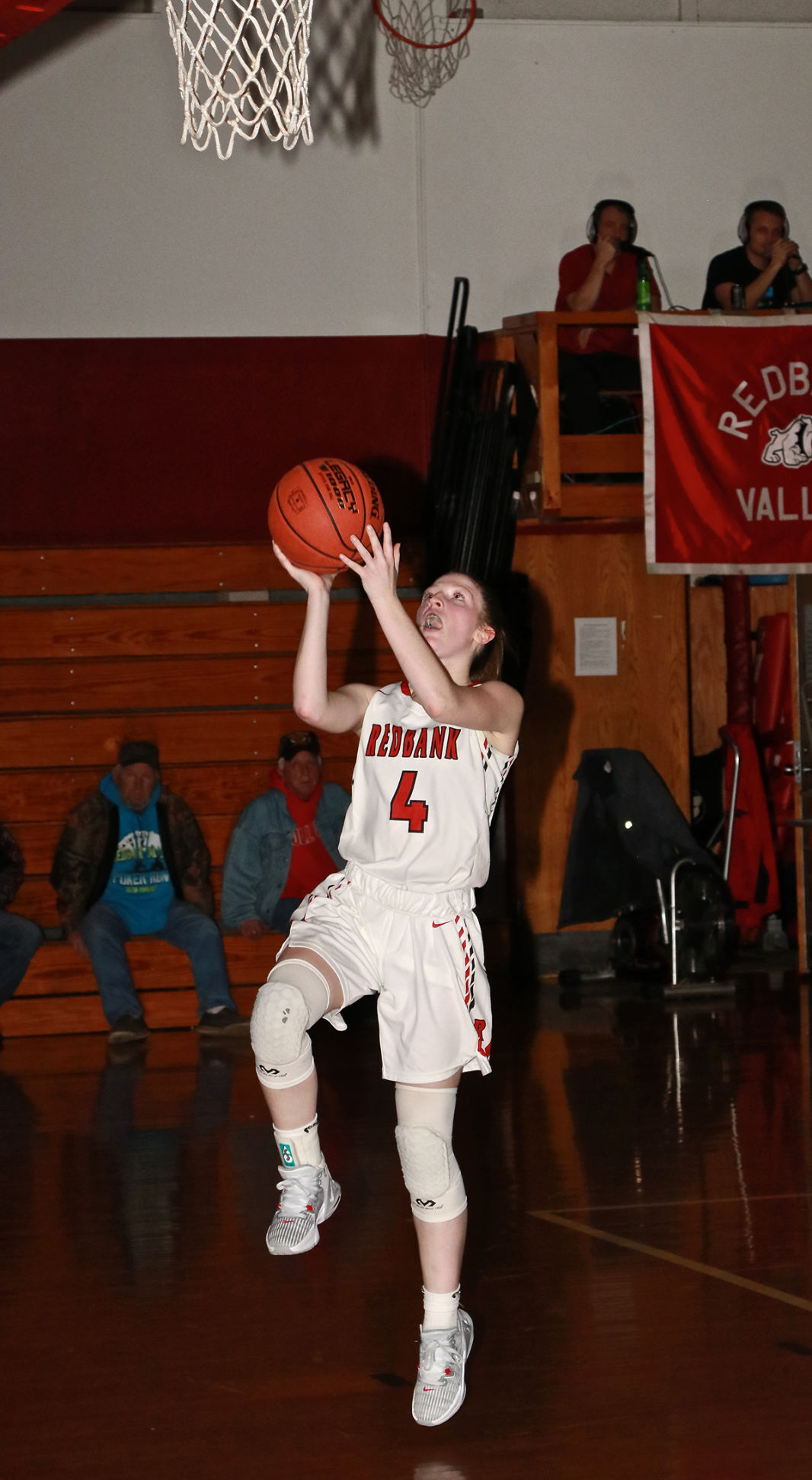 Redbank Valley’s Alivia Huffman drives to the basket, working off a screen by teammate Kira Bonanno during last week’s win over Keystone. Huffman scored 15 points in Monday’s loss to Sharpsville.

SHARPSVILLE — The hole was just a little too deep for a short-handed Redbank Valley team to dig out of in a 63-51 road loss at Sharpsville Monday night.

“Sharpsville hit a lot of shots,” Redbank Valley head coach Chris Edmonds said. “We weren’t rotating in our two-three (zone) like we should have been. That enabled them to hit some open shots.”

“Basically, we challenged the girls to play man-to-man (defense),” Edmonds said. “We want to deny their point guard the ball. We got some quick turnovers which led to some quick baskets that helped us get back into the game.”

Chasie Fry, though, answered with an old-school 3-point play with just around eight seconds left in the quarter to give Sharpsville a 46-39 lead going to the fourth quarter.

Redbank Valley got back within five, 46-41, at the start of the fourth quarter on a steal and a layup from freshman Mylee Harmon 32 seconds into the quarter. That, however, was the Lady Bulldogs last bucket until Huffman’s steal and layup with 3:39 left.

Despite the long drought it was still a five-point game, 47-42, when Huffman hit one of two charity shots with 6:18 to play.

That run, which included a pair of Breanna Hanley layups, gave the Blue Devils a 56-42 lead with four-and-half-minutes to play.

The Lady Bulldogs were without two key players — Madison Foringer and Claire Clouse — because of contract tracing protocols.

“Missing Madison and Claire was a shock to us,” Edmonds said. “We didn’t learn about that until about lunchtime today. “

Edmonds said players who were forced into different roles and more minutes like Brooklyn Edmonds, Ryleigh Smathers (who had a season-high six points), and Izzy Bond did a good job.

“I thought all the girls who had a chance to come in played pretty well,” Edmonds said. “We talk about that in practice. We can go eight, nine, 10 deep. So, some of the girls that their opportunities, I thought played well.”

Next up for the Lady Bulldogs was a varsity-only home game with Venango Catholic on Wednesday at 6 p.m. Then they’re off until next Tuesday at home against A-C Valley.

At home against the visiting Lady Panthers, the host Lady Bulldogs blasted their way to a Mercy Rule running clock decision.