Skip to main content
You are the owner of this article.
Edit Article Add New Article
You have permission to edit this article.
Edit
Home
COVID-19
News
Sports
Obits
Opinion
Local Events
Announcements
Classifieds
Share This
1 of 2 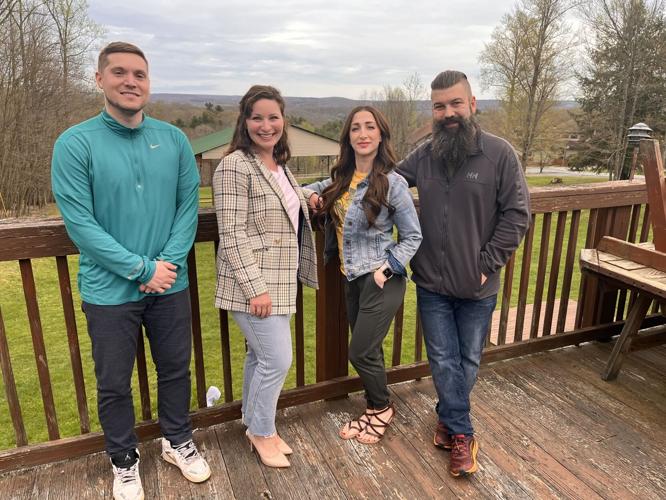 Several area residents plan to bring the Treasure Lake Ski Lodge back to life after they closed on the purchase of the property in April. Shown in the photo from left, are: Dom Varacallo (co-owner), Krissy Gasbarre (co-owner), attorney Gina Vrobel, and Benjamin Vrobel (co-owner). Other co-owners not shown are Dr. Chris Varacallo and Dr. Matt Varacallo. 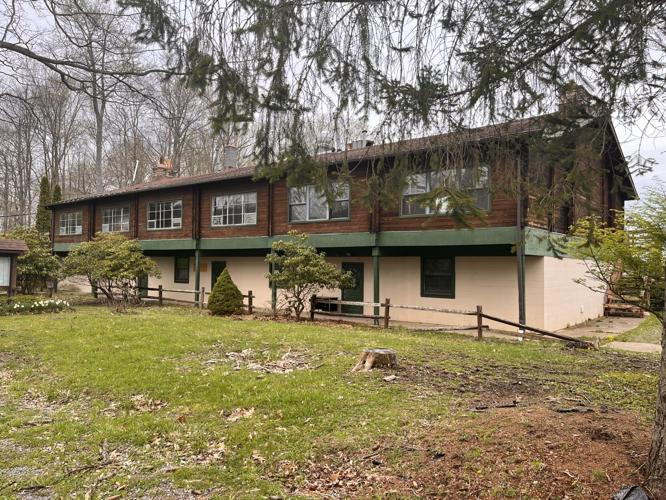 The new owners of the Treasure Lake Ski Lodge say that the building will need to be demolished, unfortunately. Their goal is to replace it with a 5,000-square-foot building and create another Ski Lodge that has the same great environment area residents remember.

Several area residents plan to bring the Treasure Lake Ski Lodge back to life after they closed on the purchase of the property in April. Shown in the photo from left, are: Dom Varacallo (co-owner), Krissy Gasbarre (co-owner), attorney Gina Vrobel, and Benjamin Vrobel (co-owner). Other co-owners not shown are Dr. Chris Varacallo and Dr. Matt Varacallo.

The new owners of the Treasure Lake Ski Lodge say that the building will need to be demolished, unfortunately. Their goal is to replace it with a 5,000-square-foot building and create another Ski Lodge that has the same great environment area residents remember.

DuBOIS — Five years ago when the Treasure Lake Ski Lodge Restaurant and Lounge closed its doors, many members of the community felt that it couldn’t remain closed forever.

“I grew up at this place and then definitely spent many fun occasions here as a grownup,” said Krissy Gasbarre. “I saw it as such a loss to the community when it closed and really just felt what a special place it is. No matter what it took, we needed to somehow bring it back.”

Shortly after the Ski Lodge closed, Gasbarre started doing some research to examine avenues to try and bring it back to life. Other groups in Treasure Lake simultaneously recognized what the Ski Lodge meant to the community, and some were looking into any possibilities.

“Several of us neighbors were talking together about what we could do,” Gasbarre said. “Every time I thought about the Ski Lodge, I started to realize the expertise it would take not only to start up a bar and restaurant in this (pandemic) climate, but to restore this building and try to recapture an experience that so many people loved. If there was any hope to bring the Ski Lodge back, it would need a team who knew the food and beverage business.”

In April, the team of Gasbarre, along with her partners and fellow property owners, Benjamin Vrobel, Dom Varacallo, Dr. Matt Varacallo and Dr. Chris Varacallo, announced that they closed on their $150,000 purchase of the Ski Lodge property and plan to reopen the establishment so many area residents have enjoyed since the 1970s.

Gasbarre said in 2020 when Treasure Lake publicly announced that they would accept bids for purchase of the property for it to be reopened as a dining establishment, “It was sort of serendipitous that in the meantime, I knew Ben and Gina (Vrobel) through different friend connections and also through my family with powdered metal,” while she and the Varacallos “all grew up together through DuBois Central Catholic, and then Dom and I worked closely together on the DuBois Free Medical Clinic board.”

“Looking at this project and what it would mean to the community — not only personally with having a family establishment back, in addition to the other options in Treasure Lake — that’s really the root of why I wanted to be involved,” said Dom Varacallo.

“As conversations very organically evolved, it just seemed like what an amazing team this would be, especially having an appreciation of Ben’s multiple businesses that he owns,” said Gasbarre, also noting the legal expertise of Vrobel’s wife, attorney Gina Vrobel, and the fact that he had already developed two food and beverage establishments, Keystone Corner Lunch and the food portion of Straub Brewery’s Tap Room in St. Marys.

Ben Vrobel worked as a lifeguard in Treasure Lake in the 1990s and said of the Ski Lodge, “Quite literally, it was a place for celebration, it was a place that brought people together. The music was incredible, the nights were as good as the days, and the days were important.”

“We just kept walking, kept pushing forward and the doors opened,” said Dom Varacallo. “At the root of it has always been community — what’s good for the community and the surrounding area. We felt something was missing without this place being here. That’s where our hearts have been throughout this whole process, and we want to continue to strive for that as it progresses.”

It has been a two-year project to reach this point in the process, Varacallo said.

In that time, the owners have had contractors, engineers, architects and other experts inspect the building and “unanimously the option is, unfortunately, to take the building down,” said Ben Vrobel, noting that the building is not up to current codes for disabled accessibility or fire safety. “Essentially not only did we buy a building ... but now we have to pay in addition to that to take the thing down, which is a large investment.”

“Throughout our due diligence, we’ve really tried to ensure we could keep the structure,” said Dom Varacallo. “If we could save the structure, we would. But every time we looked to do it, something else came up. We unfortunately won’t be able to save it.”

“That was the heartbreaker for me,” Gasbarre said. “As a kid who was on these hills and this is where the adults would be having their pitcher of beer and their pizzas. I worked in the arcade downstairs when I was in high school.”

But looking through an objective lens, the group said they had to recalibrate their vision to make the right decision.

“We’re just focused now on building the best structure that we possibly can that will stand for decades forward,” Gasbarre said.

The goal is to remove the structure, regrade it and place a 5,200-square-foot rustic contemporary building with a raised deck.

“It will be part bar and restaurant, part indoor venue, part outdoor venue, hopefully being able to recapture the scenic views that you have from this current location and kind of bring some of the outside view into the inside,” said Ben Vrobel, “with the goal being ... basically to retain the same character that the original Ski Lodge was, just giving it some modest upgrades.”

From an atmosphere standpoint, Dom Varacallo said over the last two years the owners and Treasure Lake officials have talked about capturing an experience.

“I mentioned earlier about that family atmosphere — we definitely want that, but also when you walk away from here, you’re like, ‘Okay, I’ve experienced something.’ There is a lot of happiness in the people that I talk to in regards to this project and there’s so much history, so many memories,” said Dom Varacallo. “We’re going to do our best to create another Ski Lodge that has a great environment.”

In a “perfect world,” Ben Vrobel said the owners would be moving toward demolition later this year. “With the supply chain issues that we’re currently facing, I think that it’s just not realistic for us to anticipate any building this year, but I think the goal would be to start building next year and hopefully be able to be off the ground by fall of 2023 or spring of ‘24,” said Vrobel. The current strain on the supply chain, he said, “really changes how fast you can do things.”

“It’s really exciting,” said Gasbarre. “It really feels to me like a great responsibility to take a brand that this community loved so much. We still want that friendly neighbor feel, very down to earth, the place that can be your weekly date night spot or the place you come once a year with all your golf buddies. I think so many of us are looking forward to those great nights, eating outdoors and having drinks with friends and dancing and enjoying this view.”

Gina Vrobel said some of her colleagues have reached out to express their enthusiasm and support. “It’s been very positive,” she said. “I think having the community behind us, that’s what you need to move forward in a project like this. It’s a huge undertaking, but we have all of the right minds together to do it properly and do it well. So as long as the community continues to support us as they have, I think it’s going to be fantastic. We can’t wait.”