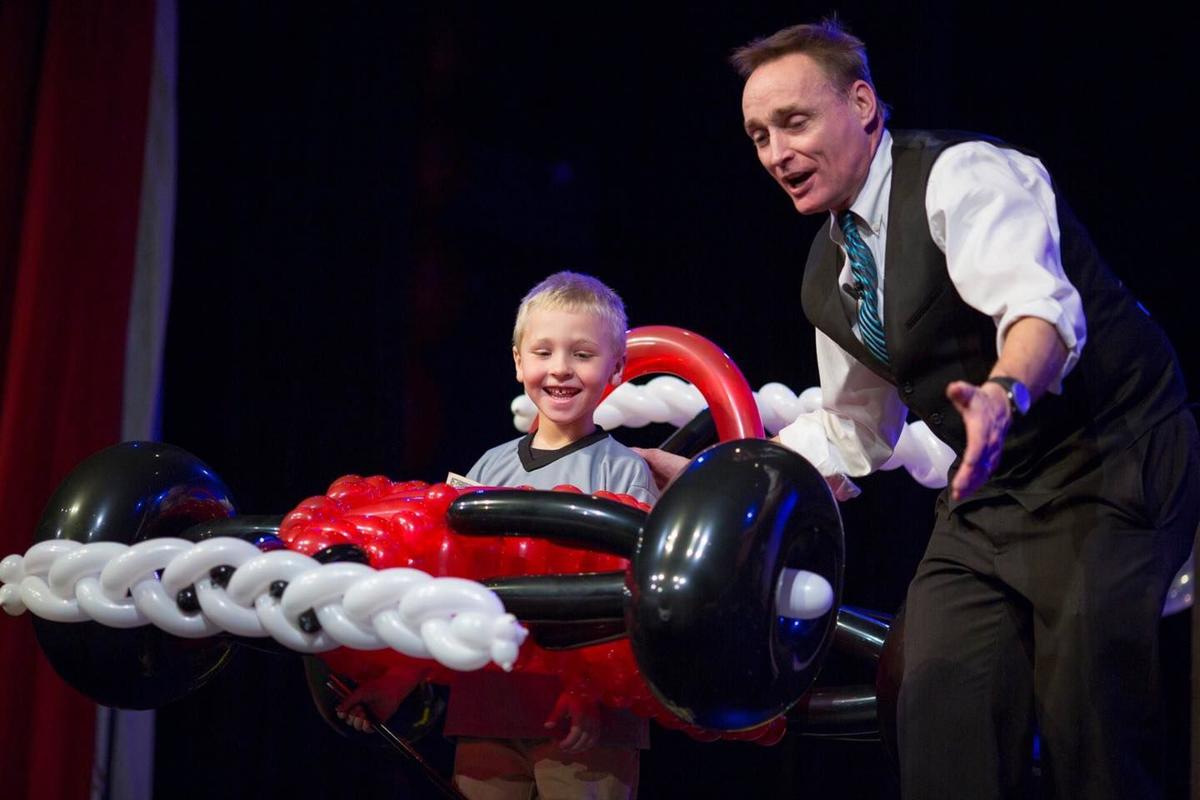 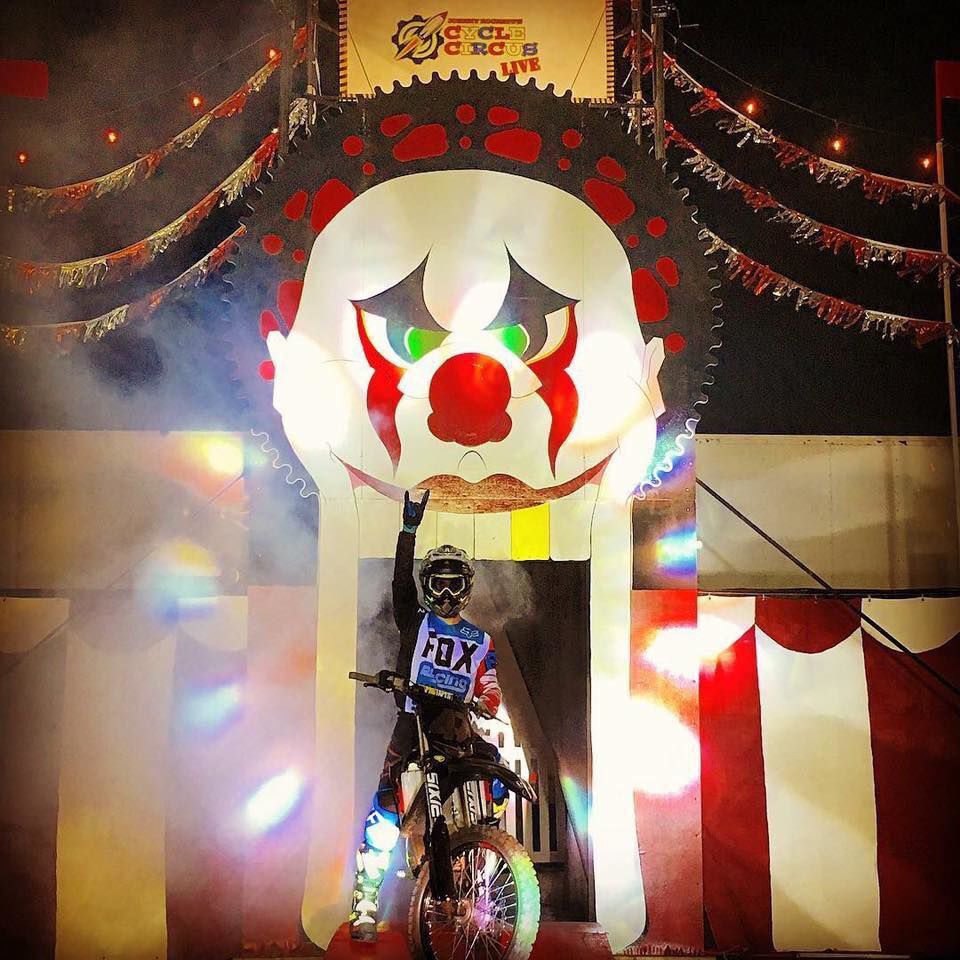 ALCOLA — “Bigger and Better” has always been the theme of the Clarion County Fair. But with the built up anticipation of this year’s event stemming from the past 18 months of pandemic and last year’s abbreviated fair schedule, this year’s week-long fair promises to not only be bigger and better, but a return back to the way fair-lovers remember it.

“Everyone has been hit so hard over the last year or so, and we just need this time more than ever to come together, reunite and have some fun,” Clarion County Fair president Josh Minich said as final preparations are being made for the July 25-31 fair at Redbank Valley Municipal Park near New Bethlehem.

“We’re expecting some big days at the fair this year since people had to miss out on so much last summer, and throughout this past year,” he added, saying that the weather forecast for the week looks perfect. “And we have a great lineup of shows and events this year that bring people back into the world and to the fair.”

Minich said on Friday that the fairgrounds were buzzing with activity as vendors and exhibitors were setting up, and 4-H members and their parents were busy moving in their animals.

“The only thing we are missing is our guests,” he said, reminding anyone who plans to enter Home and Family Living items that registration is today (Saturday) from noon to 6 p.m., and not on Sunday as in past years.

As the fairgrounds were being set up, Minich said last-minute events were still being added to the fair’s lineup. On Sunday morning at 9 a.m., a new worship service was added to the schedule as the Leatherwood Church will oversee the program that will include a unique gospel presentation by Charlie Wyant of Sermon on the ‘Mount’ Ministries” and performances by the Leatherwood Band.

“The service will lead right into the free Farmers & Merchants picnic presented by Zack’s Restaurant, and the softball game in the afternoon,” Minich said, noting that Sunday is a free admission day at the fair, with guests only offered a chance to make a donation.

Sunday’s schedule also brings back the Pet Show at 4 p.m. and the Redbank Valley Church Association’s Festival of Music at the grandstand starting at 6 p.m.

“It’s a free picnic for everyone who attends,” Minich said, noting that the softball game is a fun event for spectators.

Although last year’s scaled back, shortened four-day fair was a welcome reprieve for pandemic-weary folks, Minich said fairgoers this year will notice right away that this year’s fair is back to the way they remember it.

One of the most welcome sights for fairgoers will be the return of Tropical Amusements’ carnival rides and midway, which will debut on Monday, July 26.

“Last year we weren’t able to have a carnival,” Minich said. “But this year, Tropical Amusements will be back with their carnival rides and midway.”

“We’re also bringing back daily Lions Club Bingo games,” he added, pointing out that Monday is also Military Appreciation Day at the Fair, with members of the armed forces gaining free entry to the Fair with military ID.

Monday night’s headline attraction is the KOI Drag Racing Show, which is new to the fair. The event will feature both professional and amateur racers, with the action starting at 7 p.m.

On Tuesday, July 27, the Keystone Mini Mods and UTV Pull will return under the grandstand lights at 7 p.m.

“Bring those UTV’s out for bragging rights and trophies,” Minich said of the competition.

“Reminisce,” an oldies and Motown band, will make its return to the Clarion County Fair for a 7 p.m. show on Wednesday, July 28.

The motor action returns on Thursday, July 29, with the first of two nights of Demo Dogs Demolition Derbies.

“We’re back into the devastation that the community enjoys with our Demo Derby,” Minich said, noting that there will be increased payouts for entries.

Friday is Senior Citizen Day at the fair, offering free admission to seniors before 3 p.m. The day will feature the BHS Primary Care New Bethlehem Health Fair from 9 a.m. to noon, a Senior Citizen Lunch provided by Tom’s Riverside of New Bethlehem at noon, the Antique Tractor Show from noon to 5 p.m. and more.

The evening provides a double-dose of activities as the annual 4-H Livestock Sale takes place starting at 6:30 p.m., as well as the Antique and Truck and Tractor Pulls. The antique tractors will take to the grandstand field at 6 p.m., with truck and tractor pulls commencing at 7 p.m.

Fair Week wraps up on Saturday, July 31, with the return of the Mini and Full Size Draft Horse Pulls at 9 a.m., and the second night of Demo Derby action at 7 p.m. — with a lot of fun packed in between.

“We’ll be closing our night out at the grandstand with the Derby Dogs, a show that’s guaranteed to entertain,” Minich said. “And we’ll be offering special pit seating for those daring enough to be up close to the action.”

Daily shows this year include Johnny Rockett’s Cycle Circus Live, a high-flying stunt show that will perform Monday through Saturday.

Also on the schedule is magician and comedian John Cassidy with daily shows.

Fairgoers will also have a chance to try their luck at fishing, as First Bite Fishing Tanks makes its debut at the Clarion County Fair.

“We’re looking at some really nice shows,” Minich said of the packed lineup. “We have a full week packed with something for everyone. Come out and see us.”

The fairgrounds are located at Redbank Valley Municipal Park, off Route 28, just east of New Bethlehem. For all the details, visit www.clarioncountyfair.com.