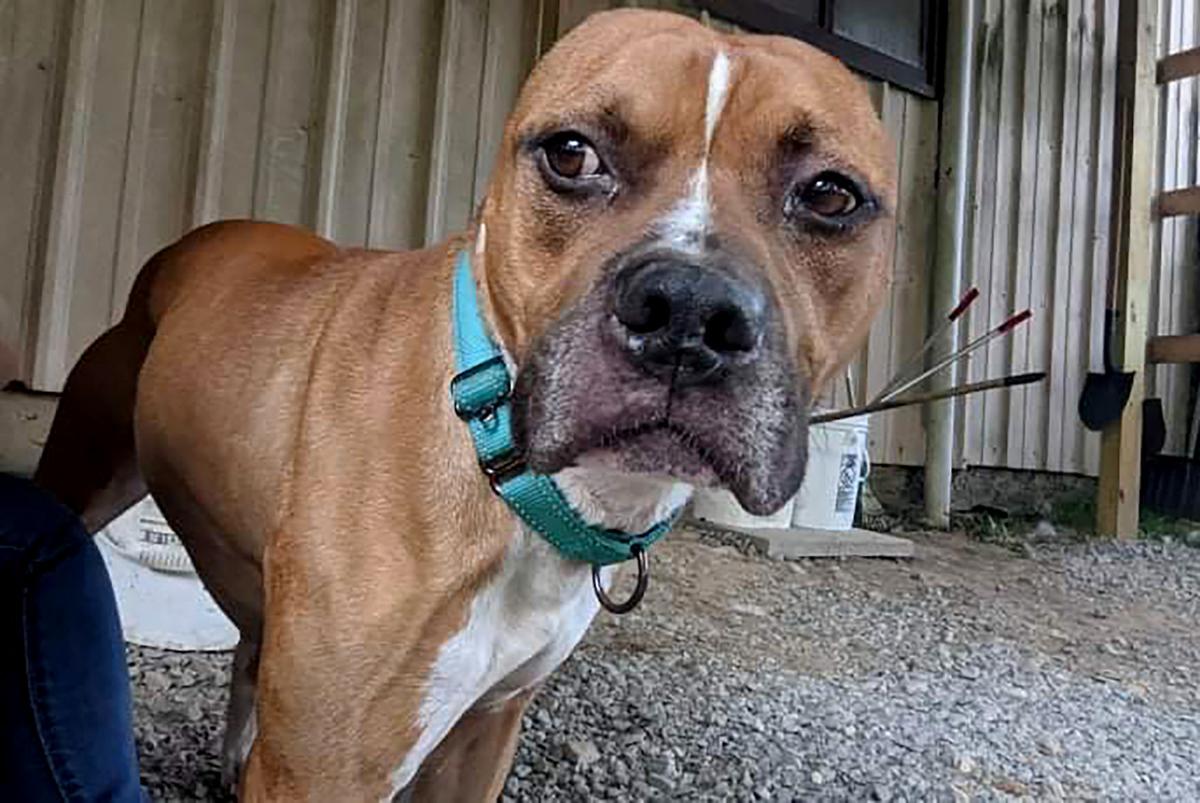 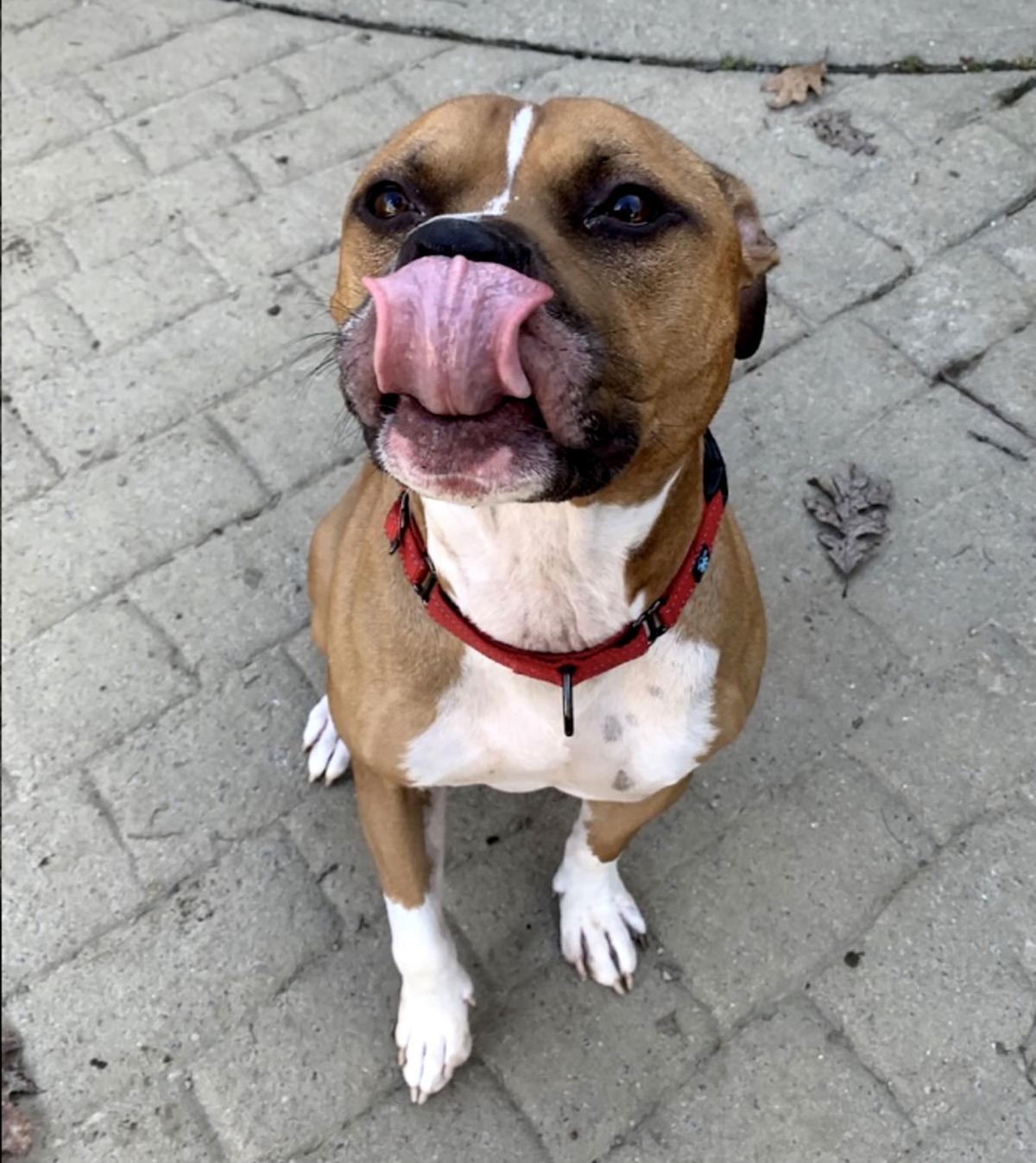 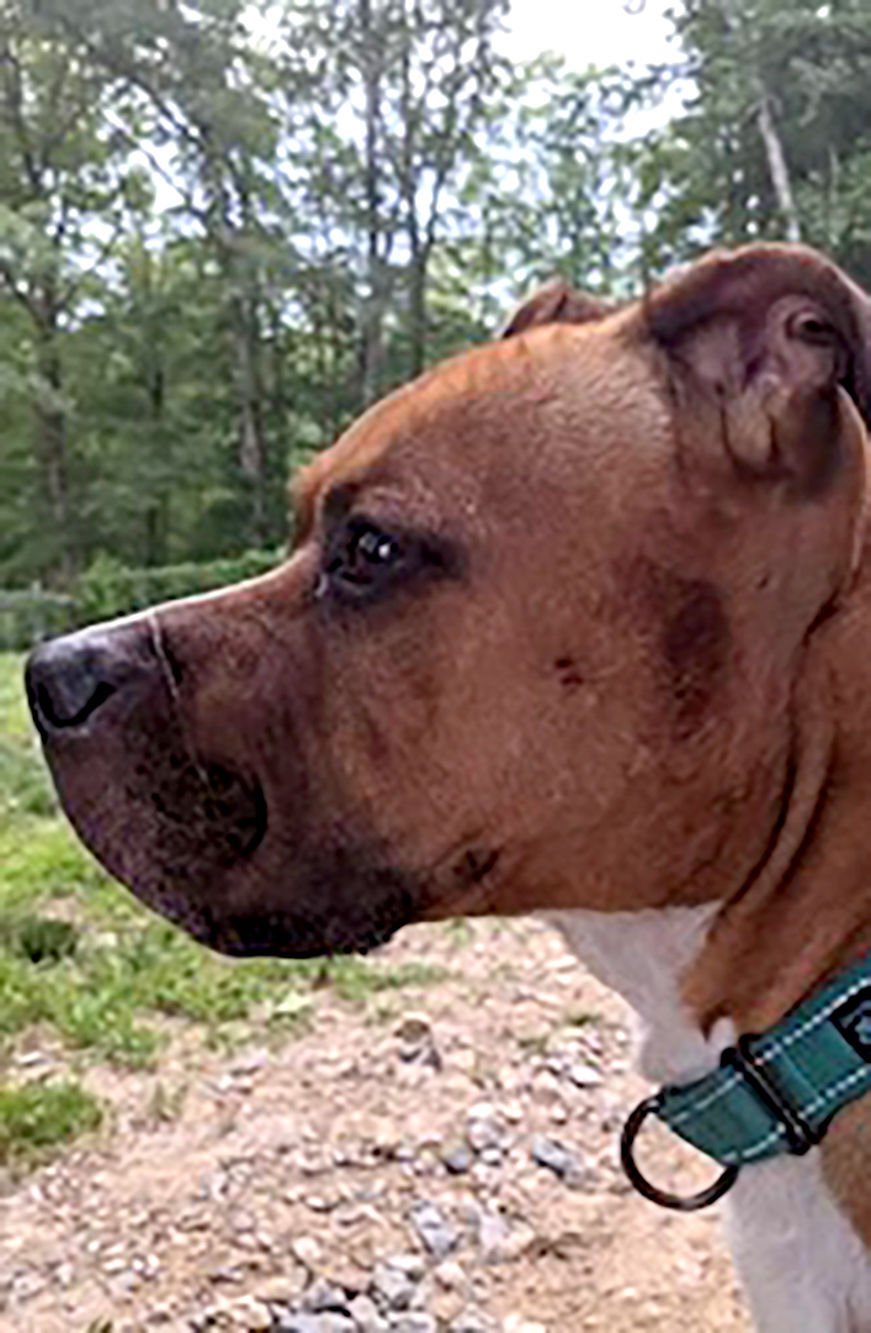 SHIPPENVILLE — The Tri-County Animal Rescue Center has a special dog at the shelter who has been struggling to find his forever home, having spent about 110 days at the shelter now.

Odie is a 3-year-old boxer-pit mix, and has been waiting patiently to go home with someone. After struggling to find a home and being at the shelter for so long, Volunteer Coordinator Jackie Griebel stepped up and started Odie’s Diary.

Odie’s Diary has been an ongoing series on the Tri-County Animal Rescue‘s Facebook page, giving frequent updates about Odie and showcasing what a good dog he is. Griebel believes a large part of the problem is that Odie is a pit mix, and believes that deters possible adopters. She said she has seen other pitt mixes stay in the shelter for nearly two years, and didn’t want that for Odie.

“We had a lab-pit mix for two years, and we had another nice pit-mix that was here 18 months, and that’s why I did this diary because that’s where Odie was headed,” Griebel said. “He’s not the longest resident, but he does have kennel stress. He was chunky when he came in and he’s lost weight. He scuffed his paw pawing at the gate to get out.”

Odie’s first owner died, and was with a friend for two weeks before being brought to the shelter because he didn’t get along with their dog. Griebel describes Odie as being selective with the other dogs in the shelter, acting mostly indifferent to them, so to be safe they are requiring him to go to a home with no other dogs or cats.

She believes people see that he looks like a pitbull, see that he needs no other animals in the home, and immediately assume he is aggressive, which is not the case. Griebel describes Odie as a sensitive, marshmallow of a dog.

The shelter also requires a home with no small children for all of the larger dogs they have. Odie has never shown any aggression to any children, but they still require this as a precaution because of his size.

“We say that for any of our larger, stronger dogs so they don’t have a chance of being rehomed,” Griebel said. “I can honestly tell you anybody Odie meets, he’s fine, he is friends with them.”

Griebel said Odie is a low energy dog, and very well behaved. She said it was about two or three months before she ever heard him bark. She said the volunteers learned that if any of his favorite volunteers are around, he will “chirp” at them to get their attention, which Griebel calls him “singing.”

She said he doesn’t bark or make noise like many other dogs when someone comes to the kennel, which she also thinks might contribute to people not noticing him when they come. He is also house trained and does not destroy things. Griebel said he would be fine to be left at home while his owner went to work.

“I get a kick out of him because he’s low energy and you wouldn’t expect that for a three-year-old pit mix. He’ll just go out in the yard and sunbath,” Griebel said. “And he’s very clever too. He has figured out that if he wanders around the yard and acts aloof he gets more attention.”

Odie would rather have attention from his human than play with toys according to Griebel. She said he is the only dog she’s seen that doesn’t play with toys, but he loves attention.

Griebel is most upset at the fact that she can tell Odie doesn’t like it at the shelter, but can’t help him. He had an adoption lined up recently, but then the family decided against the adoption.

One positive outcome of the situation is that Odie’s Diary has gained traction online, and the traffic on the Facebook page and website has increased overall, which has helped the other cats and dogs at the shelter.

“I do think when he finds his forever home, he’ll perk up some. I think he’ll be a bit more active and perk up,” Griebel said. “Usually they come and go quickly, but once in a while we get one like Odie, and it’s hard emotionally, but we want him to find a home, he deserves it.”

To visit Odie or any animal at the shelter, call 814-918-2032 to set up an appointment. To apply to adopt Odie, or any other animals at the shelter, visit tricounty-arc.org, and click on “forms’’ to find adoption applications. It takes about five days for applications to be processed.