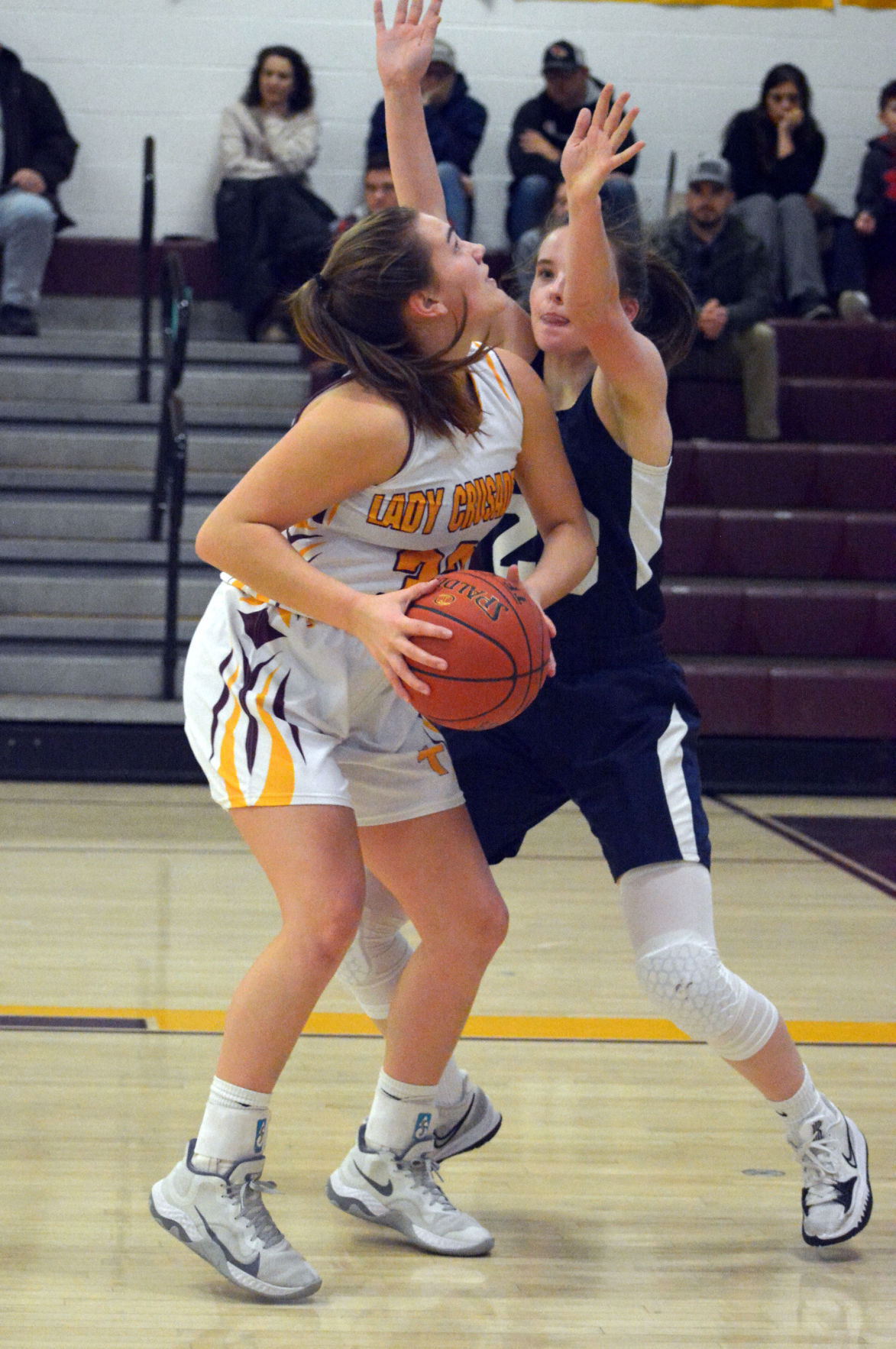 Elk County Catholic’s Tori Newton (32) gets ready to put up a shot during Friday night’s game against DuBois Central Catholic. Newton had 20 of the team’s 35 points in the 35-28 win. 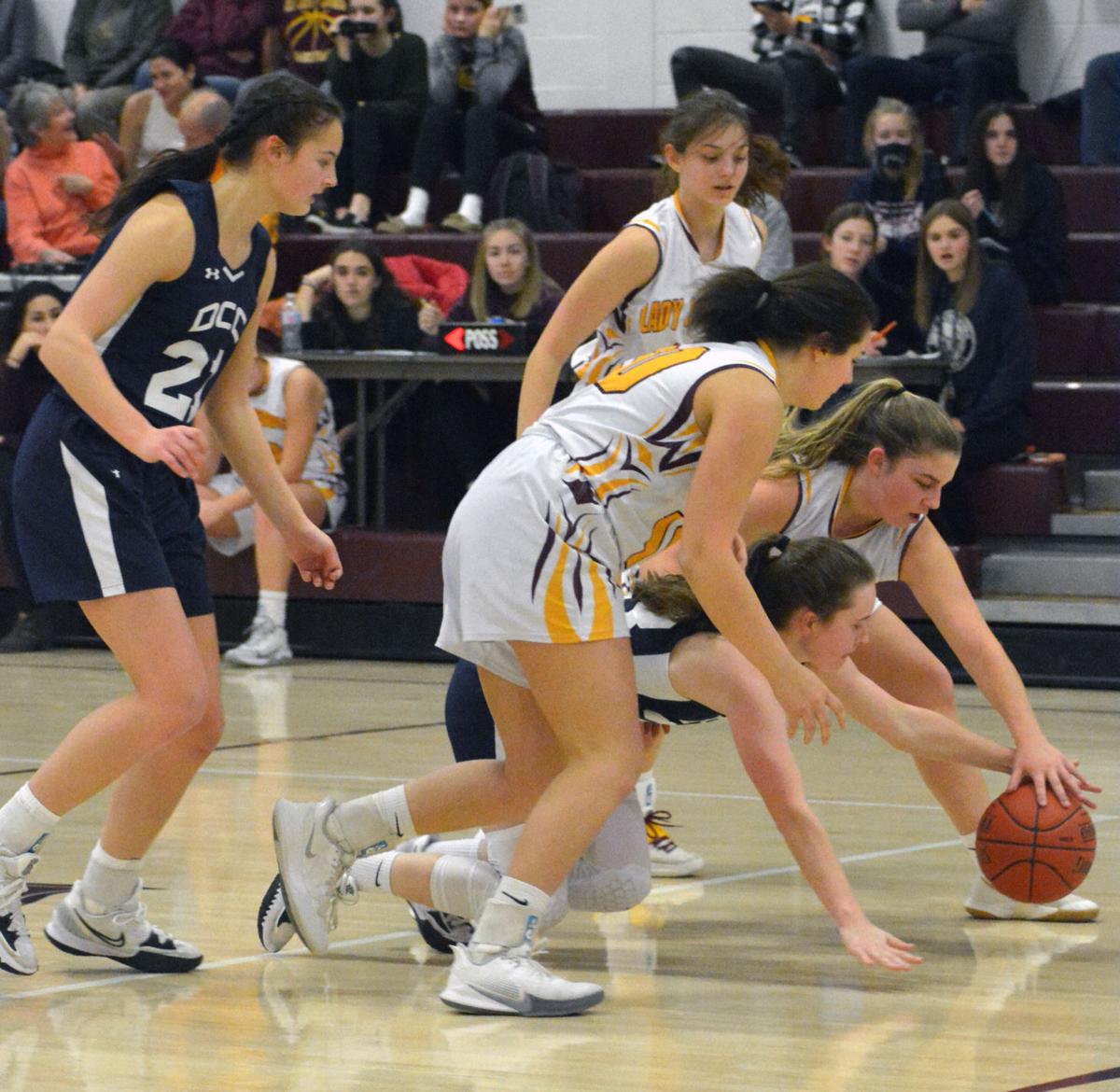 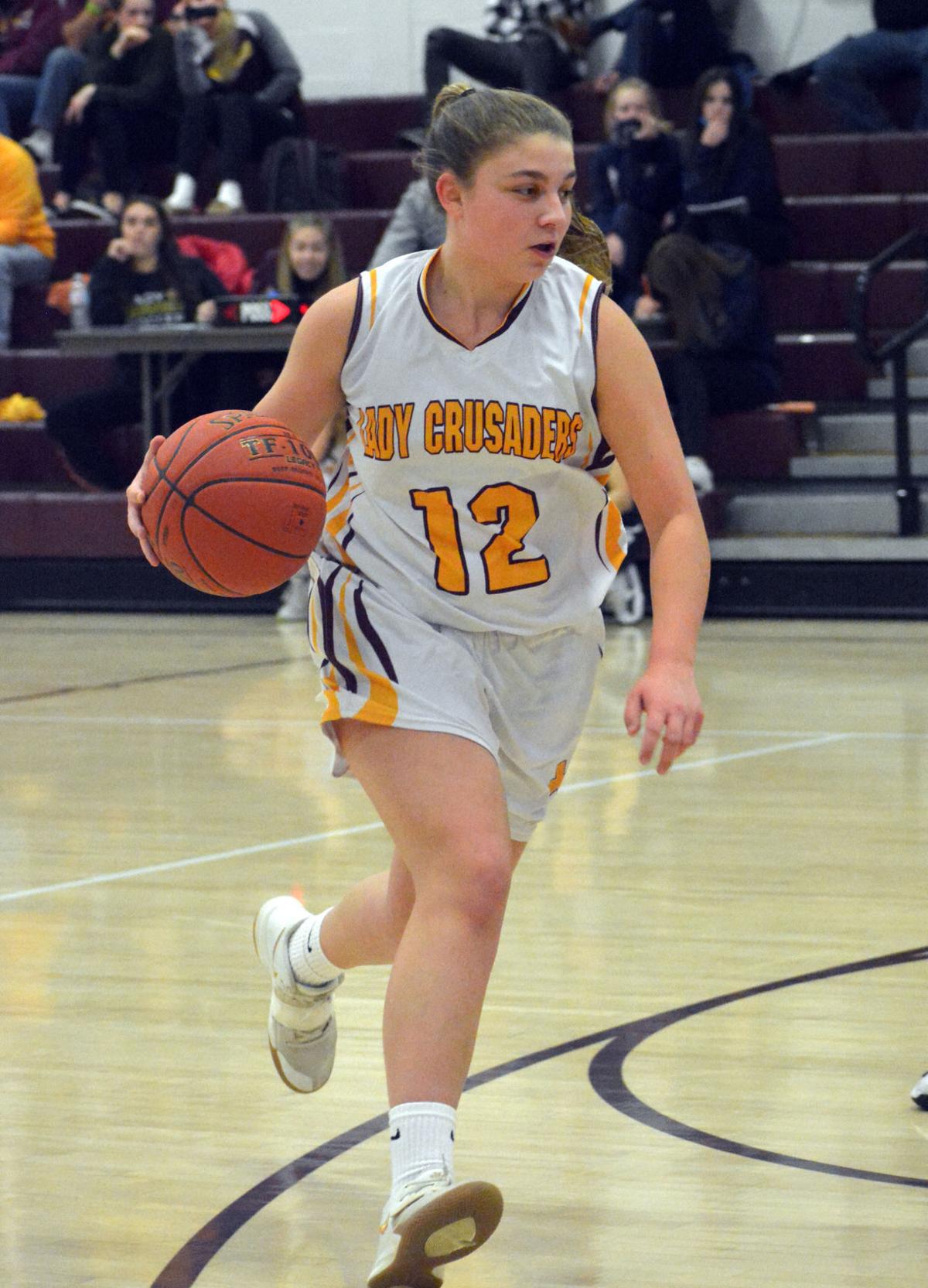 Elk County Catholic’s Tori Newton (32) gets ready to put up a shot during Friday night’s game against DuBois Central Catholic. Newton had 20 of the team’s 35 points in the 35-28 win.

Newton scored 20 while Klawuhn added 11 as the Lady Crusaders took the lead early and never relinquished it.

“We have a balanced team,” ECC head coach Ken Pistner said. “We have four or five girls that can put 20 (points) up. When we realize who we’re giving some opportunities to, we’ll take advantage of that. That’s what we did here tonight. Some nights it’s Syd (Alexander) scoring 20, the next night it’s Lucy, the next night it’s Emily (Mourer) and the next night it’s Tori. So we’re an unselfish team when it comes to that ... I was pleased with how we were able to identify on offense Tori as the person that had an advantage tonight.”

With both teams starting out slow offensively, ECC took a 3-2 lead off of a Syd Alexander free throw with 3:14 left in the first quarter. Newton and Klawuhn added a bucket each to give the Lady Crusaders a 7-2 lead after the first quarter.

The Lady Crusaders continued a 10-0 run to get it to 12-2 as Newton scored the first two field goals of the second quarter. DuBois Central Catholic then responded with a 9-5 run late in the second quarter with buckets from Faith Jacob, Kayley Risser, Marina Hanes and Jessy Frank — the last of which was a three to cut it to 17-11.

Newton then hit a turnaround jumper to set the halftime score at 19-11 ECC.

“I thought we played a great defensive game tonight,” Pistner said. “I think we gave up 11 points in the first half. We did give up some late points but in general, we did a really good job.”

“I thought the defensive effort was solid, but we didn’t get into their guards the way I wanted to,” DCC head coach Jordan Hoover said. “And I thought once we did, we kind of flipped the game. But unfortunately we had some bizarre moments in that game. We didn’t score on a two-on-one to start the first half and then a three-on-one immediately after ... We just left a lot of opportunities out there and against a good team, you can’t do that.”

The Lady Crusaders then got out to a 30-13 midway through the third quarter thanks to seven points from Newton, a three from Klawuhn and a free throw from Alexander before the Lady Cardinals cut the deficit to 30-17 to end the third quarter.

With the Lady Cardinals full court pressing late in the third and the fourth quarter, the visitors cut the deficit down to single digits once again as Hanes knocked down a corner three to make it 33-24. Newton and ECC would respond to quickly get it back to an 11-point advantage.

Rose Whipple and Risser both got buckets to cut the ECC lead to 35-28, but with time winding down and the Lady Crusaders controlling the ball, the final buzzer sounded as ECC moved to 8-1 on the season.

“We can play better,” Hoover said. “Credit to (ECC) and their defense in what they were able to do to us. But at the same time, we certainly left a lot out there offensively.”

Elk County Catholic is back in action Wednesday as they host Punxsutawney while DCC (4-4) hosts Venango County on Monday in a varsity-only matchup.